Why I Won’t Be Watching The Army–Navy Football Game

On Dec. 12, the Black Knights of the U.S. Military Academy and the Midshipmen of the U.S. Naval Academy will... 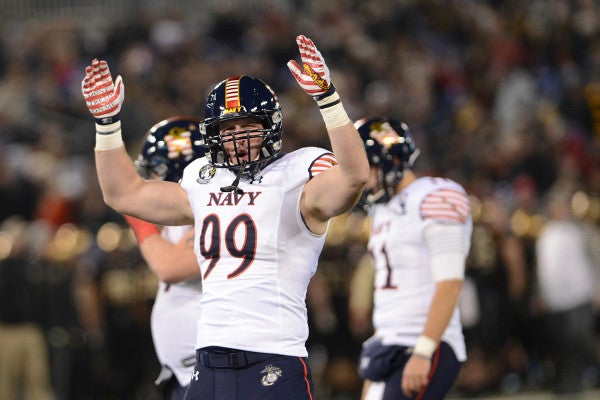 On Dec. 12, the Black Knights of the U.S. Military Academy and the Midshipmen of the U.S. Naval Academy will play their 116th football game against each other. For some service members, especially members of the officer corps, this weekend is the military’s game day to beat all game days. If you’ll be one of many Americans watching the game, Task & Purpose’s Joe Ruzicka has a great rundown of what you can expect. However, if you’re a service member who isn’t an alum of either academy, then like me, you might not feel compelled to watch this, or any, matchup between the service academies.

Service academy graduates make up a minority of each service and each service’s officer corps. Both West Point and the Naval Academy commissionapproximately 1,000 officers each year.About 250 of Navy graduates commission into the Marine Corps, and the remaining join the other 6,842 ensigns in the active-duty Navy.About that many second lieutenants commission into the Army from the academy and ROTC each year, with around 4,000 of them serving on active duty. The Army and Navy have several hundred thousand enlisted soldiers and sailors who never attended an academy.

These hundreds of thousands of service members may be implicitly expected to support their service academy’s football team. This expectation is explicit in the fact that this football game isn’t called West Point–Annapolis or Cadets–Midshipmen, but is instead the Army–Navy Game. I understand that the service academies are an important part of the institutional fabric of each military service, but West Point isn’t the Army nor is Annapolis the Navy. In fact, the Army and Navy do meet each other on sports fields, and when they do, the games are played between all-service teams — teams that are drawn from soldiers, sailors, airmen, and Marines of all ranks and specialties.

This is not to say that the uniformed fan bases of each service academy aren’t motivating. In fact, the pre-game spirit spots each academy’s student body prepare are hilarious, and it is heartwarming to see Cadets and Midshipmen proud of and invested in their respective alma maters. However, the service academies seemed to have entered into a spirit spot arms race. Each year, the public sits back and waits to see just what each academy will come up with. What most of us don’t notice is that as the productions get more and more elegant they require more help than is available just on an academy’s grounds. For example, the description of West Point’s 2015 spirit spot thanks the public affairs offices of the U.S. Army Pacific, the 82nd Airborne Division, and the 11th Aviation Command. It may be above my pay grade, but don’t those offices have something better to do?

The money that service members spend in an official capacity comes from somewhere. Those public affairs shops spend the taxpayer’s money in order to tell the story of their supported unit, and taxpayer money shouldn’t be spent frivolously. The military is currently operating in a severely resource-constrained environment, and a lack of money has led to sacrifices in personnel readiness and materiel modernization efforts. Why aren’t these shops using the limited resources they have available to show how the Army is contributing to the Pacific Pivot or what the 82nd Airborne’s headquarters is accomplishing on its deployment to Iraq? I’m not a huge football fan, and I don’t know how much support these offices really gave to the spirit spot. It may be the case that public affairs contributed to the spirit spot in order to increase the morale of members of their supported units, but I wonder if advertising for a college football team is a good use for any of the limited defense dollars not already budgeted to support the service academies’ athletics programs.

A lot of people will tune in this weekend to watch the Black Knights and Midshipmen play football against each other in Philadelphia. Personally, I’ll be joining one of my friends to celebrate his birthday. He’s promised hot dogs, beers, and football on the TV. Perhaps the game in Philly will be on. If it is I’ll watch, but if it isn’t I won’t lose any sleep on Saturday night. At the end of the day, it’s just a game. Maybe we’d all be better off if we remembered that.