Here’s a question I’m sure our readers will have no problem answering: If a person attends the U.S. Military Academy... 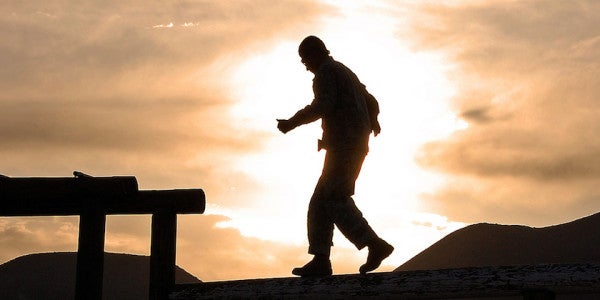 Here’s a question I’m sure our readers will have no problem answering: If a person attends the U.S. Military Academy at West Point, drops out after less than two years, and never spends a day on active duty, is he or she a veteran?

The answer is, of course, yes. Or at least according to Scott R. Blake, a former employee of U.S. Immigration and Customs Enforcement and resident of Bloomsburg, Pennsylvania, who attended — but never graduated from — West Point in the early 90s.

In fact, Blake is so certain of his veteran status that not only did he try to invoke veterans’ preference when he applied for a special investigator job with his home state in 2014, but he also filed an appeal with with the Commonwealth Court of Pennsylvania after the Civil Service Commission denied him that preference, according to Penn Live.

Blake argued in his appeal that the Army basic training he completed as a cadet, combined with the classes he attended at the academy, qualified him as a member of active duty. And he won. As Penn Live reports, in February 2016, Pennsylvania judges overturned the commission’s denial, concluding that Blake met the definition of a “soldier” under federal law.

Technically, the judges judged correctly. West Point is, after all, where cadets go to learn how to be officers in the Army, and people who serve in the Army are called “soldiers.” And indeed, according to federal law, the term “active duty” applies to anyone serves on “full-time duty as a cadet or midshipman at the United States Military Academy,” or at any of the other military service academies.

However, Blake’s veteran status was short lived. The Civil Service Commission appealed the Common Court ruling, and, on July 25, Pennsylvania’s Supreme Court overturned it, instantly transforming Blake back into just a regular dude from Pennsylvania who once got really, really close to joining the Army, but didn’t.

“We conclude that the General Assembly did not intend to bestow a veteran’s preference to someone who was a cadet at a military academy, but never obligated himself to perform, or otherwise undertook, any subsequent military service,” Justice Christine Donohue wrote in the Supreme Court opinion.

Blake attended West Point from July 1991 to January 1993, and then transferred to a civilian college. Donohue acknowledged Blake’s short-lived service as a scholar of war, but noted that he didn’t stay at the academy long enough to, as Penn Live reports, “incur an obligation to serve in the army as an officer or as an enlisted man.”

“Blake went to college,” Donohue wrote. “He did not serve in the armed forces of the United States and thus he is not a ‘solider’. He is not entitled to receive a veterans’ preference when applying for civil service jobs in this commonwealth.”