Post-9/11 era U.S. military veterans are better-paid, better-educated, and have a higher quality of life on average than people who... 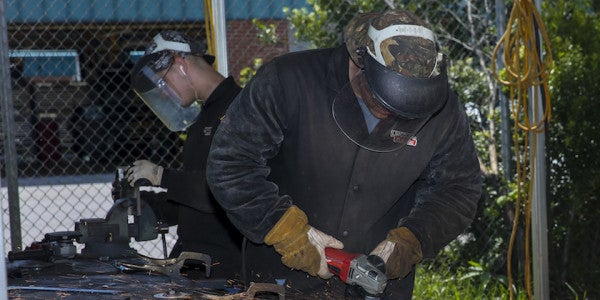 Post-9/11 era U.S. military veterans are better-paid, better-educated, and have a higher quality of life on average than people who never served, a new quantitative study concludes, challenging popular assumptions that the wars in Iraq and Afghanistan are producing a generation of damaged Americans.

The study, which focuses on nationwide trends between 2005-2015, was conducted to determine whether serving in the military is truly “a clear path to upward social mobility,” according to its authors. The report was released by The City University of New York (CUNY) earlier this month.

While the report does not draw a direct link between service and greater socio-economic success, it seems to support the argument often made by recruiters — and long challenged by anti-war activists — that serving in the military will ultimately give a person a lifelong edge over their peers.

“In short, there is considerable evidence here to affirm that serving in the armed forces continues to have a direct correlation with greater socio-economic success,” the report states.

Remarkably, that correlation held “relatively firm” across gender and racial groups, even as the post-9/11 era veteran population more than doubled from approximately 1.5 million individuals in 2005 to more than 3 million in 2015. The study also found that the trend remained consistent through the 2008 financial crisis.

The report notes that, between 2005-2015, non-Hispanic white males continued to account for the overwhelming majority of post-9/11 era veterans. That demographic is historically more likely than most minority groups to achieve socioeconomic success. For example, in 2015, the unemployment rate for white men in the U.S. was 5.1%, while it stood at 11.6% for black men and more than 8.6% for Hispanics, according to the Pew Research Center.

However, the CUNY study found that while “all of the veteran subgroups boast higher college attendance and graduation than the national average,” non-Hispanic blacks, Latinos, and female veterans all show “considerably higher rates of educational attainment when compared to the national average.”

Meanwhile, the gap between the median household income for post-9/11 era veterans and non-veterans has only grown since 2005, when veterans on average earned nearly $74,000 — almost $7,000 more than their non-veteran counterparts, according to Military Times. By 2015, the average for veterans had risen to $80,000, while it increased only slightly among non-veterans, to $68,000.

“Often, service in the armed forces can be viewed as a ‘dead end’ path reserved for those with fewer options,” reads the conclusion of the report. “But as this report suggests, it can also be packaged as a statistically proven path to higher income, educational attainment, and quality of life.”