Why I Never Deployed To Iraq

“So did you deploy to Iraq or Afghanistan?” is a question that I dread. I often feel ashamed that the... 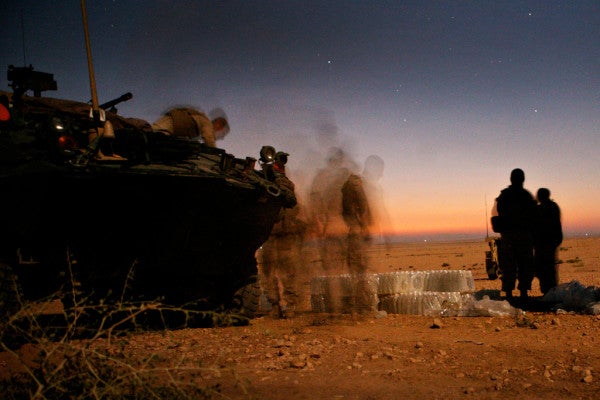 “So did you deploy to Iraq or Afghanistan?” is a question that I dread. I often feel ashamed that the answer is no. I am sometimes enraged that the answer was supposed to be yes. But even more so, I am frustrated that answering no means that many discount my service because the public only understands these two conflicts.

I know I am not the only veteran who mourns not having Iraq or Afghanistan campaign medals or Combat Action Badge/Combat Action Ribbon. A sense of unfinished business is part of what continues to drive me to keep serving not only as a reservist, but outside of the military: I refuse to let the first seven years of my professional life be the pinnacle of my service.

The thing is, I almost went to Iraq, but a case of sexual harassment prevented me from going.

Related: How I Let Go Of The Embarrassment I Felt For Having Never Served In Combat »

In late 2014, I was preparing for a regularly scheduled deployment to Iraq. During the entire four-month period between the first recall and my training, my department head was sexually harassing me, and I was meticulously documenting every daily off-color remark and attempt to isolate me. After the fourth or fifth time he called me late at night on non-urgent business and left an extremely creepy voicemail, I had enough. After consulting with two people whose advice I trusted, I filed a complaint. The short of the story that I am still too scared to fully tell is that he was fired, and much to everyone’s surprise — especially mine — I took over his job as department head. It was a position for which I was a rank and 10 years too junior, and intended to be temporary. I held it for 15 months, from the day he was fired until the day I left active duty.

Because my boss had harassed me, because I filed a complaint, because he was fired, because I was ordered to take over his job, and because the job was a primarily garrison position (albeit with frequent short-term travel), I never deployed to Iraq. And despite the fact that I deployed three times, and then served in one of the most dynamic department head positions that existed for my field of expertise, I missed something. I struggle with feeling like my service lacks legitimacy because I didn’t go to war — even though my efforts directly impacted both known and unknown military operations. And part of that struggle is because many outside the military treat me like my service does not matter because I did not deploy to Iraq or Afghanistan.

So when I’m asked if I went to Iraq or Afghanistan, it not only smarts because the answer is no when I want it to be yes, but the answer is nobecause, like a staggeringly high percentage of female service members, unacceptable and unwanted sexual advances affected my service.

I fundamentally understand that many of the missions that I participated in were impactful. I know that I gave what I had to give, including my health. Perhaps I seek the validation of others to feel that my service mattered in order for the sacrifices it entailed to be worth it.

We need to change the tone of the conversation for post-9/11 veterans. For those meeting a veteran the first time, the question is not did you go to war, but how did you serve? Even if a veteran hadn’t specifically wanted to go to to Iraq or Afghanistan, asking a veteran specifically if he or she went to these places belittles any other deployments that they completed. There becomes an opportunity to learn about the broad range of experiences, to change perspectives on what military life is like. And for veterans, especially those coming to terms with their own sense of unfinished business and a public that doesn’t understand, the question becomes how can I continue to serve?