4 Reasons I Am Resigning My Commission As A Naval Officer

I have resigned my active-duty commission, which means I have exactly a year left on active duty in the Navy.... 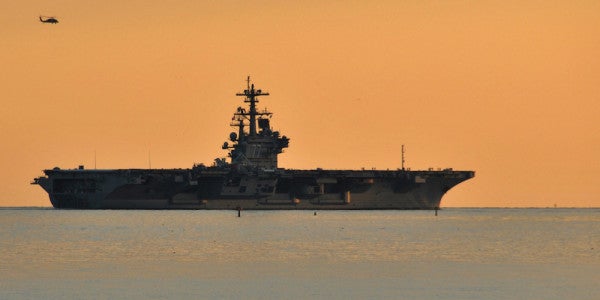 I have resigned my active-duty commission, which means I have exactly a year left on active duty in the Navy.

Here is an excerpt from the “Reason for Submission of Request:”

I am resigning my commission in order to pursue full-time graduate studies, having completed multiple deployments on both land and sea. I value the leadership responsibilities with which I have been entrusted. I am grateful for the rare opportunities that I have enjoyed, and I am tremendously proud to have served in the U.S. Navy. I will carry my experiences with me as a veteran, as a student, and as I continue to serve in the public sector.

Related: The US Military doesn’t have a problem with brain drain »

There are four major, tangible, common reasons I am resigning that I did not include in the letter. I share them for the following reasons: I love the Navy, it has been an honor to serve, and I want this incredible organization to be better.

1. Promotions are based more on “hitting the wickets” than exemplary performance.

Officer promotions are not, at least for the foreseeable part of a junior officer’s career, based on performance, but rather on “hitting the wickets,” meaning that you are judged by how closely you followed a highly-scripted career path, not necessarily how you performed at those jobs. As long as you don’t get fired, don’t fail a physical fitness test, don’t get a DUI, nor get caught fraternizing, you can probably get promoted to at least lieutenant commander. Furthermore, how you are ranked against your peers at a particular command — of the paramount importance to promotion — is based more on seniority than performance. This model is widely accepted as the norm in the Navy. This means that if you are a brand new lieutenant and outperform all the lieutenants at your command, you will really be ranked against the lieutenants with the same level of seniority as you; a lieutenant who is eligible to board for lieutenant commander will always be ranked ahead, even if that officer is incompetent. There is a wide reluctance to give lackluster officers poor performance reviews, and instead it’s much easier to wait for mediocre officers to transfer out of the command and become someone else’s problem. There is a reason people joke that anyone who “fogs a mirror” can make lieutenant commander.

This encourages mediocrity and almost guarantees that the best, most energetic junior officers to leave active duty. I’ve worked for some absolutely incredible leaders and mentors, but I’ve worked for or with three times as many bad or mediocre leaders. It’s certainly a leadership lesson, but it’s incredibly demotivating to know that your peers who are putting in half the effort at a less challenging assignment will likely get promoted at the same rate as you. This begs many to ask, What’s the point?

While it may be true that those who outperform their peers are promoted first for commander or captain, does it really make sense to tell junior officers, “Don’t worry, your efforts will be rewarded in about 15 to 20 years?” when their efforts can result in more responsibility at a much younger age, whether or in the public or private sector? Rep. Tulsi Gabbard of Hawaii, an Operation Iraqi Freedom veteran, was elected to Congress at age 31. Yet, despite being a nationally elected leader, she remains only a captain (the Army equivalent of a Navy lieutenant) in the Hawaii National Guard. Here on Task & Purpose, there are daily stories of entrepreneurial and visionary veterans who have started successful businesses or nonprofits.

And for the junior officers who find themselves filling big shoes early on, where is there to go? Many of my peers, myself included, have found ourselves filling the shoes of a field-grade officer for months on end, with measured success and no extra pay. Others have been assigned to units with exciting, unconventional missions. It’s very difficult to go to a watch floor or staff job after that.

2. Unsustainable strain on your personal relationships.

The first guy I ever dated in the military deployed six weeks after we met, and I received orders and transferred across the country before he got back. If you are fortunate enough to date or marry a civilian who is willing to move his or her career and life around for you, you’re one of the lucky ones, but you’re still going to be involuntarily separated for six months to a year every deployment cycle. The military still largely is stuck in its 1950s model of a man working as a single provider for a wife who stays at home. Heaven forbid you are a dual-military couple and get stuck on back-to-back deployments. This has happened to literally every single long-term, dual-military couple I know, even the ones who get married and geographically co-located for their “homeport.” I have endured it myself, and it’s awful.

This is also to say nothing of the strain on other important relationships — I see my parents for a few days a year, and I see them more than many who live thousands of miles away from home.

3. The military is a homogeneous, anti-intellectual organization.

Finally, the factor that I found most frustrating is the toxicity of a perpetually anti-intellectual, change-resistant organization. My given reasons for resigning are extremely common among junior officers — both men and women — and have been recently quantified by the 2014 Navy Retention Study. Yet many senior leaders would look at my reasons for resigning and find a way to discredit them because they do not like what they say, possibly because they feel these motives question their own career choices.

When I was a week into my first deployment, I was preparing my slides for a watch turnover brief as the assistant chiefs of staff all filed in. A fellow junior officer, whose watch station was adjacent to mine, muttered, “Man, the Navy has a never-ending supply of middle-aged white men.”

And she was absolutely right. The majority of senior military leaders are white, Christian, conservative men with engineering degrees from a service academy, masters’ degrees from a war college, who grew up middle-class or privileged and whose wives do not have a career outside the home. There is nothing wrong with any of this — indeed, this is probably the profile of most executives in America. But this also means there’s a lack of diversity of ideas, a resistance to alternative ways of thinking, and the lethality of group think.

In order to succeed as an organization that is in the business of outsmarting and out-maneuvering an adversary who wants to kill us and our allies, shouldn’t we encourage diversity of thought in the force, and strive to recruit and retain leaders who think differently, rather than writing them off as disruptive?

Above all, my decision to resign came down to ownership over my own life. There is little in life that we can control. When you volunteer to join the armed forces, you make a conscious choice to surrender much of your own agency. You live in the temporary and transient, you are never anywhere for long. For six years, I have been very happy to live this way. But it is for this reason, and a desire to explore other personal and professional opportunities, that I am looking to the next step.

I have been asked by mentors, Do you really want to leave all this? How did we fail you?

Nobody failed me, least of all the leaders who took a special interest in my growth as an officer. I was one of the lucky ones. I had a number of good leaders at critical points in my brief Navy career who helped me succeed, often by doing nothing more than putting me in a leadership role and empowering me to run with it. To them, and the sailors who let me think I was in charge, I am perpetually grateful. The most important lesson I could have possibly learned was that as leaders, it is our job to right the wrongs, and help putting our best people in positions where they will succeed.

My work in public service is far from over; it is only the uniformed days that are numbered. It is merely my time, time to find a breath of permanence.

UPDATE:The photo originally published with this article has been changed. The subject of the original photo was not the author of this article. (4/17/2015; 3:50 pm)