How To Keep The Navy Balanced In 2017 And Beyond

The Navy saw decisive cuts within the fiscal year 2017 defense budget, but is expected to be more capable, according... 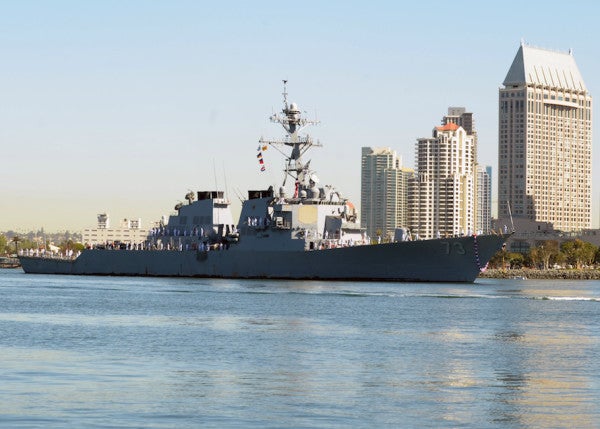 The Navy saw decisive cuts within the fiscal year 2017 defense budget, but is expected to be more capable, according to an event page from American Enterprise Institute.

The think tank, which hosted Chief Naval Officer Adm. John Richardson, showcased how the U.S. Navy is posturing itself to compete against nations like China, Russia, and Iran in coming years.

“There are these forces at play in the environment that if we don’t respond to those forces, we’re just going to be left behind,” Richardson told former Sen. Jim Talent — a senior fellow with AEI.

“We need both presence and posture,” Talent said.

He added that in the current climate, it’s hard to gauge where the focus should be, and asked Richardson if it was possible for the Navy to achieve that.

Richardson said, “You really need both … you can’t go all in one direction or all in the other.”

The Navy now has to try to anticipate new technologies and look forward to what the competitive maritime warfighting environment will be in the future, so that it can posture itself adequately, Richardson said.

He added, “We’re in a time of a great power competition.”

Coming in at $165 billion, 2.5% less than what was requested for 2016, the Navy is hoping to become a leaner, more competitive, balanced force.

Moreover, after continued failure within the littoral combat ship program, the Navy announced it will no longer seek to purchase a third version of the ship in 2017.