In late March, the Navy announced plans to dissolve its Strategic Studies Group at the Naval War College. The group... 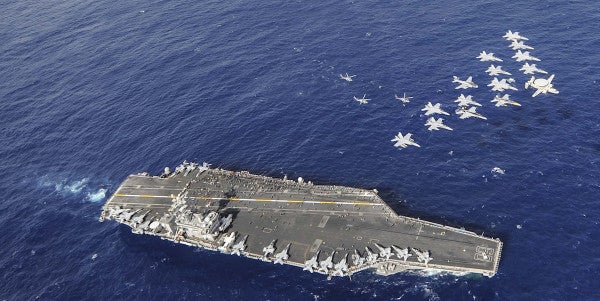 In late March, the Navy announced plans to dissolve its Strategic Studies Group at the Naval War College. The group organized each year with 18 to 22 members of senior officers tasked with working on chief of naval operations-directed projects.

A senior retired officer familiar with the matter told Defense News, “there was a question about whether that group couldn’t be used better. … A think tank might do a better job over eight months.”

Retired Adm. James Stavridis agreed with the decision to retire the group in an op-ed for Foreign Policy, calling it a “timely and sensible one,” and goes on to say that while the group made good contributions, “it has moved away from producing cutting edge, quick reaction work over the past years.”

Related: What Secretary Mabus’ Reforms Mean For The Future Of The Navy »

Stavridis cites several reasons for this, one of which is the inevitability of all strategic organizations reaching a natural and logical end. But he also cites other reasons such as the location of the group in Newport, Rhode Island — far away from Washington, D.C. He also points to the “less dynamic” set of officers sent to fill the organization each year as the another source of trouble.

Both Stavridis and the senior retired officer point cited by Defense News to another possibility: to bring back Deep Blue, a once active naval operations study group in the Pentagon set up by then-Chief Naval Operations Adm. Vern Clark.

The inception of Deep Blue came on the heel of the 9/11 attacks and assembled from the Quadrennial Defense Review in late 2001. The intention for Deep Blue was to provide Clark a direct path to a strategic think tank located in his immediate circle in Washington. Initially, the group’s mission was to synthesize ideas for fighting the war on terror at a strategic level. A few years later under Rear Adm. Michael Mahon’s leadership, Deep Blue’s mission expanded.

“We bring the intelligence community together with the operators,” said Mahon in a 2004 interview. “We talk to fleet commanders, look up what their missions are out there, what capabilities they have to perform their missions, and what effects they need to accomplish that mission.”

Three naval innovations from the past decade, Sea Swap, the Expeditionary Strike Group, and the afloat forward staging base all had either inception or development in Deep Blue. Yet the group was dissolved in 2008 when the billets were reassigned to a new QDR integration group.

Today, the Navy is in a strategy deficit. This, plainly stated, in a report from the Naval Postgraduate School released in June 2015: “The Navy has failed to ensure that strategy drives program development and execution.”

The report points to the historical changes in diplomatic, political, economic, and technological setting as the inevitable challenge in maintaining naval strategic supremacy. But in Peter Hayes book, “Toward a New Maritime Strategy,” Hayes describes more specific forces that contributed to the atrophy of naval strategy in the past decade as follows:

In the conclusion of his book, Hayes writes, “The Navy needs to ask questions that require its leaders to put aside their in-baskets and reflect on strategy and the implications of globalization.”

There seems to be a philosophical tug of war in play within the Navy on where best to apply manpower resources: operations or strategy. Indeed, it appears the well-regarded Deep Blue was also more operations-focused than strategy.

The dissolution of the Strategic Studies Group in Newport underscores this dilemma, as the Defense News senior retired officer familiar with the matter explained, “To have 18 captains up in Newport working on one problem wasn’t as valuable as having that same manpower working on various problems in real time.”