If you’re a petty officer who’s having trouble advancing in your rating, your career might not be over. A new... 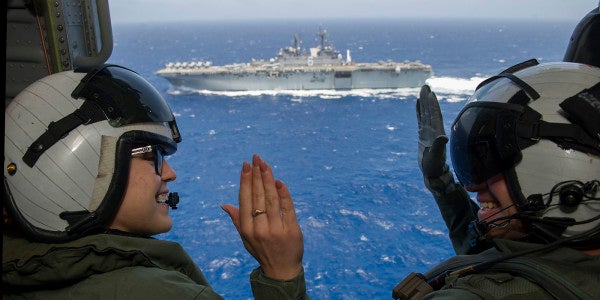 If you’re a petty officer who’s having trouble advancing in your rating, your career might not be over. A new Navy policy change, announced June 21, relaxes the “high year tenure” policies that have forced many enlisted sailors to age out of the service.

The Navy is so quick to kick out sailors for military related reasons (HYT, CWay denial) then they talk about how they're struggling with #s

When the new policy takes effect on August 1, E-4 through E-6 sailors on active duty or full-time support status will get a few more years to make rank before they’re discharged. Here are how those ranks’ maximum time in rate changes:

This is potentially good news for thousands of high-performing sailors who, in recent years, could lose out on career-saving promotions if there simply wasn’t enough room for timely advancement in their jammed-up job fields. “There are some ratings where people can't advance for some reason,” Sharon Anderson, a spokeswoman for the chief of naval information, told Task & Purpose, “but we want to keep those people and their experience in” the service.

The service calls the policy change a response to “critical manning” issues, in particular “filling key sea duty and other high priority billets” that the Navy anticipates being understaffed as more sailors rotate onto shore duty in the coming years. Anderson said the Navy expected 600 petty officers to be retained in fiscal 2017 under the new policy, with 2,200 more up for retention in fiscal 2018.

“Extending our high-year tenure policy for journeyman sailors is part of the larger strategy to ensure we are able to mitigate the effects caused by the FY12-13 cohort groups rotating to shore duty,” Lt. Cmdr. Nate Christensen, a chief of naval personnel spokesman, told Navy Times. “We are aggressively using all force shaping levers to man the fleet.”

For sailors still butting up against the up-or-out ceiling, there’s always another chance for relief: The Navy added that it “will continue to offer HYT waivers for enlisted Sailors who volunteer for sea duty on a case-by-case basis.” If your wife, your lover, your lady is the sea, you’d better put a ring on it.

This post has been updated with comments from the chief of naval information's office.