From The Editor: A Response To Criticism On ‘4 Reasons I Am Resigning My Commission As A Naval Officer’

Monday, April 13, Task & Purpose published what would become one of our most widely read articles in our one-year … Continued 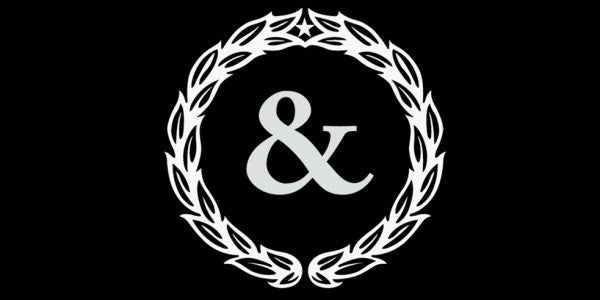 Monday, April 13, Task & Purpose published what would become one of our most widely read articles in our one-year history: 4 Reasons I Am Resigning My Commission As A Naval Officer. The piece was everything that we launched Task & Purpose to achieve. It was eloquent, blunt, empowering, and forward looking. It spoke to retention issues facing the Navy and the other branches. It spoke to a cultural clash between traditional military hierarchy and millennial culture.

We sought out a photo to illustrate the passion and perspective of a patriotic woman in the Navy, and chose one that is popular on the internet, of a young Naval officer rendering a salute.

Together, the story and accompanying photo exploded. The article has been viewed more than 300,000 times at the time of this writing. It sparked a debate and hit a nerve that surprised Lauren Katzenberg, Task & Purpose’s managing editor, and me.

While we didn’t expect the story to circulate so rapidly, we definitely didn’t expect the controversy that has ensued over our editorial practices. Controversy and criticism over the piece has taken two main forms: the use of the stock photo and the identity of the author behind the piece. At its mildest, our photo selection was called a misuse; at its worst, we “hosed” the woman in the picture. Critics have even suggested that we hired a freelancer specifically to write the story, or that the author may not even be a sailor in the Navy.

Like any online publication, we are no strangers to criticism and harsh commentary. But I do understand many constructive criticisms we’ve received over this, criticisms that have included voices I respect and admire. Here, I’m going to do the best job I can to answer these complaints. We aren’t espousing to have done everything right, but there’s no big conspiracy afoot. The military community wasn’t “catfished” by this story, as some have suggested; nor did anyone at Task & Purpose seek to exploit the woman in the picture or disregard her wishes.

First of all, I was personally pleased that such an enormous piece came from the author, Anna Granville, who has been writing for Task & Purpose for a year. She is one of our very first contributing writers, responding to a call for passionate veterans and service members to share their voices. But Anna Granville isn’t her real name. From the moment she began writing for us, she requested to use a pen name.

We rarely permit people to use a pen name when they write for us, but in this case we did. In order for us to even consider granting an author anonymity, we have to know their actual identity and have vetted their background, and there must be a compelling reason. In the instance of this author, she writes about her own very real experiences as a young woman and Navy officer. She includes details that could be traced back to her and doesn’t want to fear professional or personal retribution for sharing her ideas.

One year ago, when we set up her byline and author page, we didn’t disclose that Anna Granville wasn’t the author’s real name. As a new site with few contributors, it didn’t seem to matter. We knew her real identity and had vetted her background. She has never published any false or fabricated information. We also never hid her anonymity. Whenever someone asked on social media or via email (which did happen), we told them. The author herself created an email account for her writing and is similarly transparent and accountable.

For the author’s sake, I can certainly understand wanting some anonymity. In the past week, her author page has been viewed more than 4,000 times, many of which were people searching for “Anna Granville” online. There’s a troubling notion in the digital era that everyone’s information should be traceable. That idea becomes even more worrisome considering the sexist, demeaning, and threatening language facing women when they share their ideas online, including this author with this piece. This issue is compounded when a woman writes critical thoughts about a hyper-masculine environment like the American military. Look no further than the comments section on her latest piece.

The second concern surrounded our photo selection. The day after the story was published, we were forwarded an email from Shaina Hogan, the subject of the photo we chose, who had reached out to the author of the piece. She requested that the photo be removed, citing not wanting public attention and a fear that she may be targeted by the terror group Islamic State of Iraq and Syria. The piece’s author forwarded us the email and Lauren and I discussed it immediately. We were empathetic to her concerns; Hogan cited a reasonable and understandable desire for privacy. We wondered if that desire may be sated by removing her name from the caption with a note specifically stating that she was not the author.

And so I emailed her. That email is below:

Hogan replied quickly: “Thank you for responding so quickly and listening to my concerns. I know that you didn't have to do anything, as that is the response I have received from others that I've reached out to!” Hogan said. “I appreciate the compromise and wish you the best.”

Much of the ensuing controversy and debate amounted to a miscommunication. I concluded my email to Hogan with an invitation for her thoughts and feedback. This was not an attempt to dismiss her or refuse her request; it was an attempt at dialogue. I hoped that if this wasn’t sufficient or if she was still unhappy with her photo, that she would let me know.

After her reply, I thought the matter was settled amicably for everyone involved. Then, late Thursday night, Hogan posted a public Facebook status to the contrary. It quickly circulated online until it made its way into Lauren’s newsfeed Friday afternoon. Prior to this, we did not know she was unhappy with the compromise we had discussed. Ultimately, Task & Purpose used her likeness to illustrate something she disagreed with, and we are sorry for that. Her original email contained no mention of disagreeing with the nature of the article.

When Lauren saw Hogan’s Facebook post, she immediately changed the photo and emailed Hogan with an apology. We changed the photo because it became clear Hogan was unhappy with us merely removing her name and clarifying the caption and the photo was upsetting her and her family. Lauren’s email is below.

Within a year, Task & Purpose has gone from being an idea to a dynamic platform for thoughts and ideas connecting the veteran and military communities. We have more than 100 contributors from diverse backgrounds whose stories regularly garner more than one million pageviews in a given 30-day period. We don’t take that lightly. We make mistakes, we grow with the site, we learn. We will always explain editorial decisions, whenever they draw critical questions.

Brian Adam Jones
From The Editor