After the attacks on September 11, 2001, Dr. Fred Lough felt the call to return to service after working as... 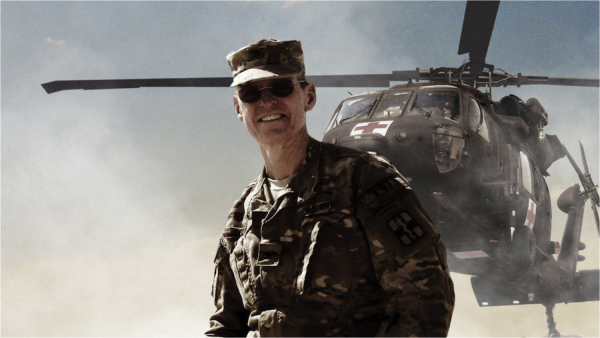 After the attacks on September 11, 2001, Dr. Fred Lough felt the call to return to service after working as a civilian for nearly 20 years.

After spending two decades as a civilian surgeon in the area of thoracic and cardiovascular surgery, and with the U.S. military engaged in two long wars, Lough was drawn back to the idea of service by his desire to help save soldiers.

Over the process of a few years, he worked with Army medical recruiters and in 2007 was able to sign up and serve in the Army Reserves.

“I was 58 years old when I joined the United State Army Corps Medical Reserves,” Lough told AARP. “I was trained by the Army, I had always considered myself a soldier, and now there was a need for military surgeons.”

On the second deployment, Lough’s base was attacked by a truck bomb that destroyed the Forward Surgical Team facility. In the midst of the attack, among the wounded, the medical support staff was able to quickly respond and perform dozens of surgeries in the field.

Later, the members of the unit were all awarded the Combat Action Badge, which is unusual for medical support units, he said.

His most fulfilling experience, he said, was his second tour in Afghanistan. Lough was so inspired that he realized what he really wanted to do was to go back to the Army full-time.

So in 2013, at 64 years of age, Lough rejoined the Army as active duty, giving up his position as director of cardiac surgery at George Washington University Hospital, and began working at the Uniformed Services Hospital at Walter Reed Medical Center.

“I was given the skills by the country to be a physician and to employ those skills for those that are serving in harm's way, to ease the burden of their wounds, save lives. That is just a great opportunity and a great gift. I am thrilled to be able to do this on a daily basis and to be back in the Army,” Lough told WUSA9 in Washington, D.C.

Lough’s affiliation with the military is lifelong. His father was a 40-year career service member who served during World War II, and four of Lough’s children also attended West Point. He too commissioned in the Army in 1970 after graduating from West Point and served until 1987.

During his time as a civilian, he had a successful career working as a surgeon in private practice; and eventually at a major hospital system, his medical school alma mater The George Washington University hospital.

Lough has no regrets about leaving his comfortable life in civilian medicine to serve a second time.

“I just felt I needed to go, because I did feel our country was under threat,” he said.

Watch Lough’s interview with AARP below.