More soldiers may be eligible to take up to three years off from the Army as the service expands its... 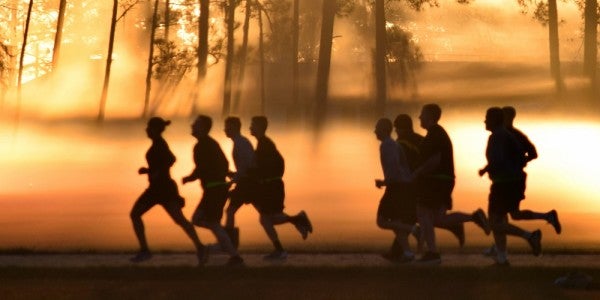 More soldiers may be eligible to take up to three years off from the Army as the service expands its Career Intermission Pilot Program, according to a new Army Times report.

The Army program, launched in 2014, was originally limited to just 20 enlisted soldiers and 20 commissioned officers and warrant officers, but the service has removed that cap. Soldiers are now eligible for the pilot program even if “they haven’t completed their initial active-duty obligation, enlistment period or service obligation for a retention bonus,” notes Army Times.

All participants in the program are temporarily placed on inactive ready reserve status while they “pursue personal or professional growth,” the service says; that’s mil-speak for going to school, starting a family, or hitting the private sector and adding new skills to your toolbox before returning to the military fold.

Participants are required to return to active duty, reserve, or Guard service at the end of their sabbatical, which can last up to 36 months. But for each month off, beneficiaries must serve two months in uniform. Once a soldier returns to duty, they’ll be able to receive special pay and incentives, which are put on hold while they’re in IRR status.

Related: Officer Under Fire: ‘I’m Not A Toxic Leader, I’m An Ass Who Expects You To Do Your Job’ »

Congress authorized the program in 2009 as an incentive to retain troops. However, many soldiers have shied away due concerns over how a break from active duty will impact their careers, according to Army Times. Just 14 soldiers have actually used the program since the Army launched it in 2014 — three officers and 11 enlisted soldiers.

For those who do take the option, it seems like a pretty sweet deal, if you can swing it: Take a break from the uniform without having to close the door on your military career.