Last week, militants with the Islamic State of Iraq and Syria executed another American hostage. This one was Peter Kassig,... 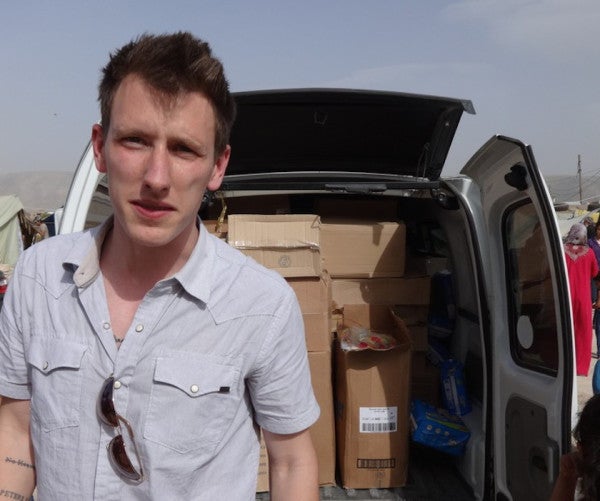 Last week, militants with the Islamic State of Iraq and Syria executed another American hostage. This one was Peter Kassig, and American aid worker who changed his name to Abdul Rahman upon converting to Islam during his captivity.

The 26-year-old Kassig was a former Army Ranger who moved to the Middle East to devote his time to medical aid in war torn areas of Syria and Lebanon. He is believed to have been captured by Islamic fundamentalists in October of last year.

Kassig is the third American hostage to be executed by ISIS since they rose to international prominence over the summer. He is the first aid worker and the first Muslim among the three. The other two were journalists James Foley and Stephen Sotloff.

The United States government as a matter of foreign policy does not pay ransoms to terrorist groups. ISIS and other terrorist organizations who seek to kidnap westerners generally kidnap Europeans for the money and Americans for the publicity.

Indeed, when ISIS has executed its hostages, it has done so in dramatic videos where the men have been forced to wear orange jumpsuits and recite condemnation of their respective countries, before being beheaded by a masked militant with a Western accent.

In the video, ISIS released on Kassig’s execution, however, something is markedly different. There is no footage of Kassig alive during his killing. This video is a 15-minute montage that depicts the group’s violence against Syrian soldiers; then a militant is seen holding Kassig’s severed head.

“Clearly something went wrong,” said Mitchell Prothero, McClatchy’s Iraq correspondent, in a report. Prothero once was Kassig’s roommate in Lebanon. “My belief is that he knew it was up and did something to screw up their video.”

Other experts seem inclined to agree that Kassig somehow subverted the video. Army Ranger veteran and counterinsurgency expert Andrew Exum said on Twitter, “I don't know how this went down, or if it really did, but I like the idea of the Ranger not saying a damn thing.”

After the news of his death broke, his parents released the text of a letter they had received from their son during his captivity.

“I wish this paper would go on forever and never run out and I could just keep talking to you,” he wrote. “Just know I’m with you. Every stream, every lake, every field and river. In the woods and in the hills, in all the places you showed me. I love you.”

So much more than cruise missiles and air strikes, it's men and women like Kassig who pose the greatest threat to evils like ISIS — men and women in the trenches of change and progress. The forces of evil and brutality can at best merely disrupt these things. ISIS can kill Peter Kassig to its own peril; what Kassig stood for, however, will never die.

And for that, Kassig must be recognized not merely as an American hero, but a global one.