Thanksgiving through the years and wars

A collection of photos from the Civil War to present day. 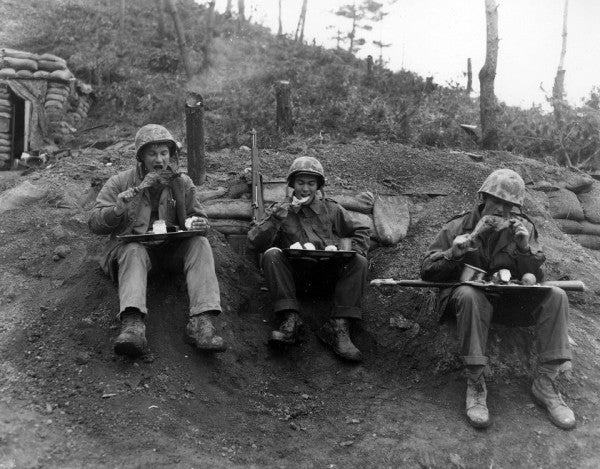 Editor’s note: This article was originally published in November 2015

For many, Thanksgiving is a time when friends and family gather around a table to drink too heavily, eat too much, and shout loudly over one another — or at least that’s the case in my family. We build new memories and reminisce about the people in life that make us grateful.

While serving in the Marines and spending Thanksgivings away from home, I came to realize what many before me already knew — that the holiday doesn’t change much.

For the countless American men and women who have missed the holidays while abroad in times of war and peace, and for the many away this year, here’s a collection of photos, images, and videos of an American Thanksgiving at war.

Sgt. 1st Class Lonnie Mitchell prepares a Thanksgiving Day dinner for Special Forces soldiers at Xom Cat, Vietnam. The unit’s only source of resupply was by helicopter and the video follows Mitchell from the kitchen all the way to the isolated hilltop where they enjoy their holiday meal on Nov. 22, 1966.