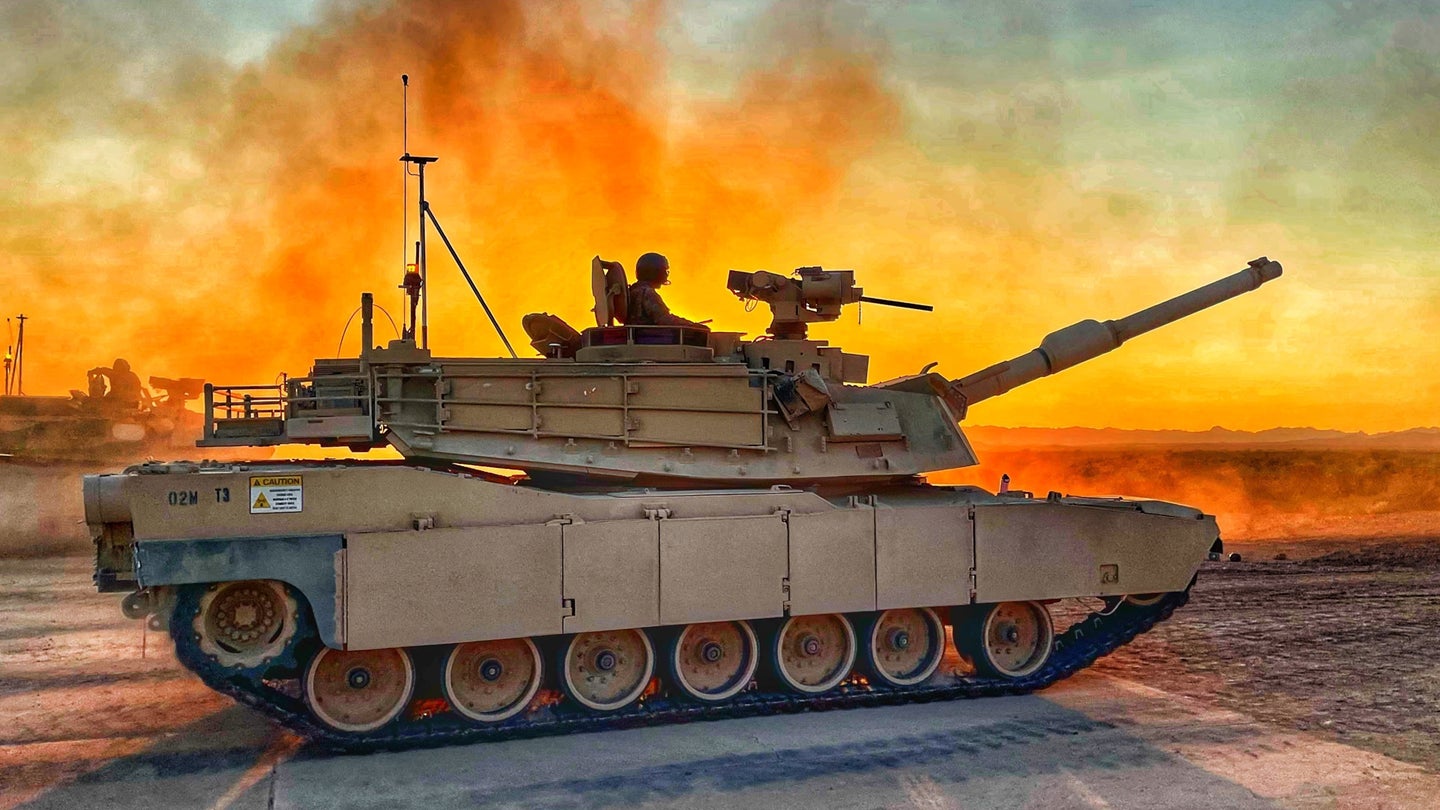 Two lucky Army tank crews with the 4th Infantry Division made history in September when they were the first ever to fire a new multi-purpose tank round, which has been in the making for 15 years.

And they freakin’ loved it.

“It was incredible,” Staff Sgt. Nicholas Smearman, one of the soldiers who tested out the new round, said in an Army release. “To be out there doing what we’re doing, to be able to set forward the future of (M1) Abrams development, and the fact we were the first ones out there, probably be the only ones who have hands-on this round for a long time, to be able to set that historically, we felt honored to be out there.”

The XM-1147 Advanced Multi-Purpose (AMP) round, a line-of-sight tank round developed by Northrop Grumman Defense Systems for the Abrams tank, is designed to do the job of four existing rounds, consolidating their abilities into one munition.

It will replace the M830 High Explosive Anti-Tank (HEAT) and the M830A1 Multi-Purpose Anti-Tank (MPAT), both designed for light armor targets and aerial targets, in the case of the MPAT; the M1028 canister (CAN) round, used to hit infantry targets outside the range of machine guns; and the M908 obstacle reducing (OR) round, according to the Army release.

As Forbes reported this year, the AMP “can flatten bunkers, pulverize obstacles, breach concrete walls or take out groups of personnel. And it can destroy armored and unarmored vehicles and buildings, too.”

While the Army had originally planned to conduct a limited user test of the AMP round last year, it was cancelled because of the novel coronavirus (COVID-19) pandemic, which meant the crews from the Crazy Horse Company, 1st Battalion, 8th Infantry Regiment, 3rd Armored Brigade Combat Team, 4th Infantry Division, were the first to get their hands on it at Yuma Proving Ground, Arizona, in September.

After testing, Staff Sgt. Smearman said the round is “going to make tactical planning in an operational environment a lot easier.”

Typically crews are looking ahead, thinking about what capabilities future enemies could have, which means they’d have to carry a wide range of munitions to deal with each possible threat. Now, they can just carry one “without fear of running into a different enemy,” he said.

The AMP is still undergoing testing and development; A summary of the program from last year said the Army plans to conduct more live-fire testing next year. But after trying it out for themselves, soldiers can’t wait to get their hands on it for good.

Smearman said during testing they were asked if they’d “feel confident taking this round into an operational environment?”