On Dec. 10, Tracy Worwood, a former U.S. Army soldier, was criminally charged with illegally possessing a live anti-tank round... 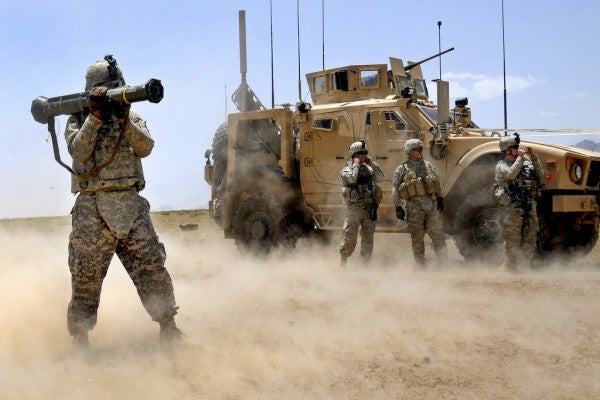 On Dec. 10, Tracy Worwood, a former U.S. Army soldier, was criminally charged with illegally possessing a live anti-tank round at his home in Tacoma, Washington. According to charges filed in Pierce County Superior Court, Worwood, 44, said that he received the AT-4 anti-tank round as a going away present when he left the Army in 2005. He claims he didn’t realize it was live and potentially deadly, reports Kiro7.com.

Tacoma police, agents from the Bureau of Alcohol, Tobacco, Firearms and Explosives, and soldiers from an Army explosive ordnance disposal team came to Worwood’s home in the 5000 block of McKinley Avenue around noon on Dec. 9, after federal authorities were notified of the round. The round’s discovery prompted a lockdown and residents were advised to stay indoors.

After recovering the projectile, law enforcement X-rayed the device and found that it had all of its working components, reports The News Tribune. The rocket had been fired, but never exploded. The device was safely detonated by agents at the Tacoma landfill at 7:30 p.m.

During a visit in November, Worwood’s underage son found the rocket and took a photo of it. After his son found the round, Worwood moved it to the roof for safekeeping. When the boy’s mother saw the picture, she reported it to the FBI, which prompted the police investigation.

Fired from a shoulder-mounted, the rocket is designed to pierce the armor of a tank and destroy it.

Worwood served in the Army as a fire support specialist for 10 years and left with an “other than honorable” discharge. Worwood pleaded not guilty to charges of illegally possessing explosives and reckless endangerment. He has since been released without bail.