"This is extremely disturbing, and it should disturb all Americans." 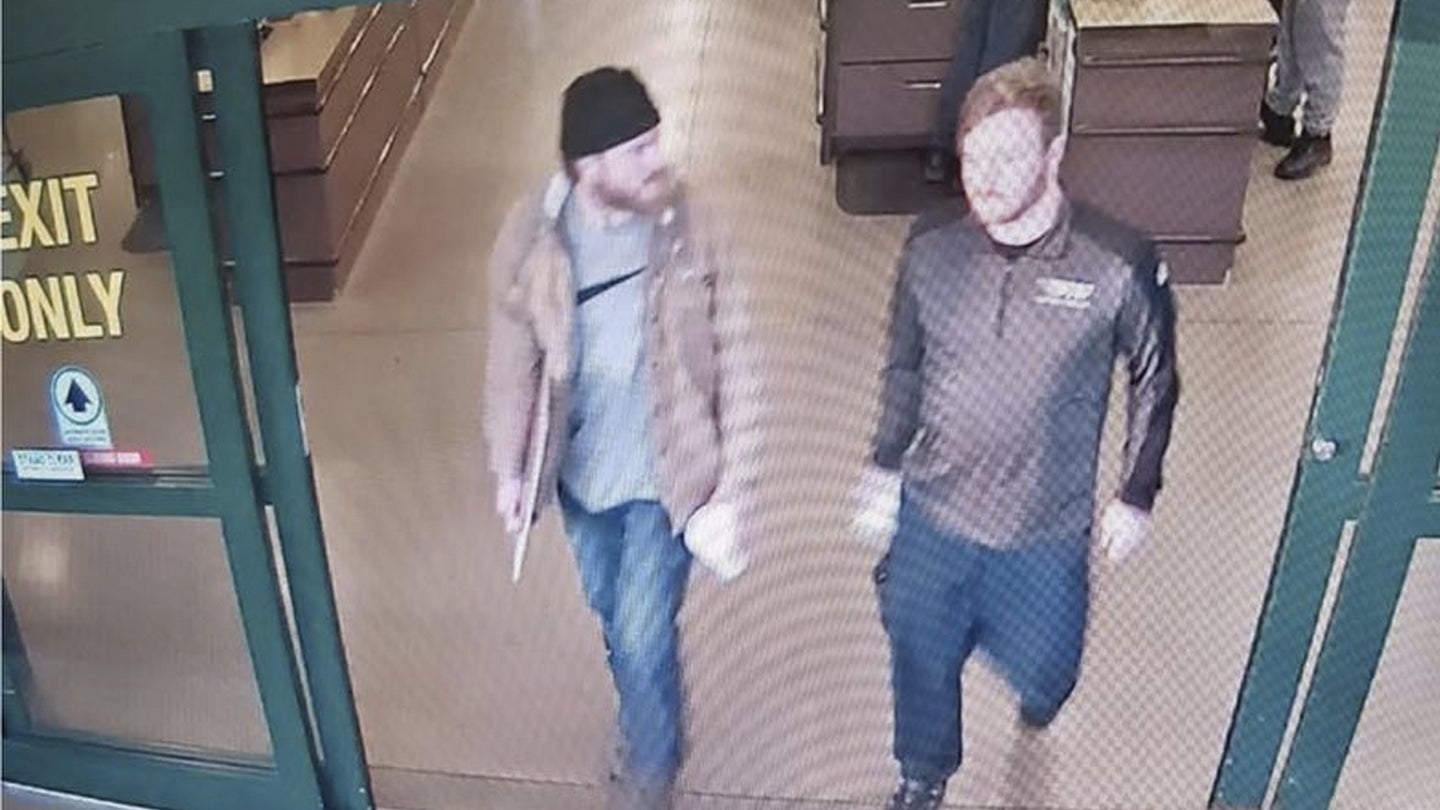 A former U.S. Army soldier and a former Canadian Armed Forces reservist who allegedly plotted an assassination of a Virginia lawmaker and conspired to break racist mass-murderer Dylann Roof out of prison could face several decades in prison. The two men are awaiting prison sentences after pleading guilty to multiple firearm charges, according to the Associated Press.

U.S. Army veteran Brian Mark Lemley Jr., 35, and former Canadian Armed Forces reservist Patrik Jordan Mathews, 29, are due to face a sentencing hearing on Oct. 28, according to the U.S. Attorney’s Office for the District of Maryland. A third co-defendant, William Garfield Bilbrough IV, 21, was sentenced to five years in prison in December after helping Mathews enter the United States illegally.

All three men are members of the violent white supremacist group “The Base,” which is attempting to recruit military veterans as foot soldiers for a planned race war that it hopes will result in the collapse of society, Task & Purpose reported in October 2020. The group looks for members with military experience so it will have an army of vigilante soldiers ready to seize power in the anticipated chaos, experts said.

The FBI said Lemley, Mathews and Bilbrough were working to set that chaos into motion, the Associated Press reported. The FBI planted a camera and microphone in Mathews and Lemley’s apartment in Delaware and heard them discuss plans to attack a gun rights rally in Richmond, Va., destroy rail and power lines and assassinate a Virginia lawmaker, according to the Associated Press.

Though the lawmaker was not named in prosecutors’ court filing, the politician was described as the speaker of the Virginia House of Delegates, the AP reported. A Jewish woman named Eileen Filler-Corn took that post on Jan. 8, 2020. Prosecutors wrote that Mathews hoped the Speaker’s murder would lead to tighter gun control laws and then a violent reaction to those laws, according to the AP.

“This is extremely disturbing, and it should disturb all Americans,” Filler-Corn told the AP. “This pattern of using violence to intimidate the leaders and symbols of our democracy undermines the core values of our democracy itself.”

Lemley’s attorney, Ned Smock, described his client as an Iraq War veteran and former cavalry scout who “lost his way during a difficult time in his life,” and that, despite his discussions with Mathews, the pair never engaged in actual violence, the AP reported.

The “alien” in question was Mathews, who Lemley and Bilbrough worked together to help illegally enter the U.S. in November 2019. Lemley also had an illegal unregistered “machine gun,” according to a Department of Justice press release, though it did not specify the kind of firearm involved. Lemley and Mathews were also charged with intent to obstruct justice because they destroyed their cell phones before the FBI could get a hold of them, the department wrote.

The AP reported that Lemley and Mathews hoped that springing Roof out of his maximum-security prison in Terre Haute, Indiana would also win notoriety for The Base. A white supremacist, Roof killed nine African Americans during a Bible study at their church in South Carolina on June 17, 2015 in hopes of starting a race war.

“The Base would be known as the guys who broke out Dylann Roof,” Mathews said, according to the AP.

Before bringing Mathews into the U.S., Lemley and Bilbrough also attended a training camp conducted by members of The Base in Georgia from Aug.2-4, 2019, which included participating in tactical training and firearms drills, according to the Department of Justice. The pair went to another Base training camp in a different state later that month. In November 2019, Lemley and Bilbrough allegedly bought about 1,550 rounds of 5.56 ammunition in Georgia, according to prosecutors. In December, Mathews and Lemley also built a rifle out of various weapons parts, and in January 2020, Lemley bought another 1,500 rounds of 5.56 mm and 6.5 mm ammunition, which fit two rifles that he and Mathews owned.

“I may be going to jail upon discovery of the propaganda in my cell phone,” Lemley told Mathews in January 2020, according to prosecutors.

Lemley and Mathews each face a maximum of 10 years in federal prison for their firearm charges and 20 years for obstruction of justice. Lemley faces an additional 15 years for bringing Mathews into the country illegally and giving him a firearm, while Mathews faces another 20 years for “being an alien in possession of a firearm and ammunition,” according to prosecutors. Though actual sentences for federal crimes are typically less than the maximum penalty, they noted.

Lemley and Mathews are only the latest members of The Base to be arrested. Six other members of the group were arrested in 2020 for violent offenses including conspiracy to commit murder, and a seventh member was arrested in 2020 for allegedly vandalizing a synagogue. The Base portrays itself as a group of survivalists who are defending the “European race” from society, which has become infected by Jewish values, Joanna Mendelson, associate director of the Anti-Defamation League’s Center on Extremism, told Task & Purpose last year. Mendelson told the AP in June that The Base has faded amid the arrest of its members, but that does not mean its former members are any less dangerous.

“We’re talking about adherents who are deeply steeped in an ideology,” Mendelson told the AP. “They oftentimes direct their deeply embedded beliefs into other neo-Nazi organizations.”

The Base is one of several extremist groups seeking to recruit veterans and service members into its ranks. There are also the “Boogaloo Boys,” an umbrella of far-right, anti-government extremists who seek to spark a second Civil War by, among other acts, murdering police officers; and the “Oath Keepers,” another far-right anti-government group which claims tens of thousands of current and former police and service members in its ranks, according to the Southern Poverty Law Center.

Federal prosecutors emphasized their commitment to stopping extremists before they have a chance to hurt the rest of society.

“Detecting, disrupting and deterring the threat of domestic terrorism and violent extremism in all of its forms is a top priority for this office,” United States Attorney for the District of Delaware David C. Weiss said in June. “When extremists like defendants Mathews and Lemley take action in furtherance of their twisted agenda and commit firearms offenses, obstruct justice and illegally transport aliens — law enforcement will respond swiftly and decisively.”