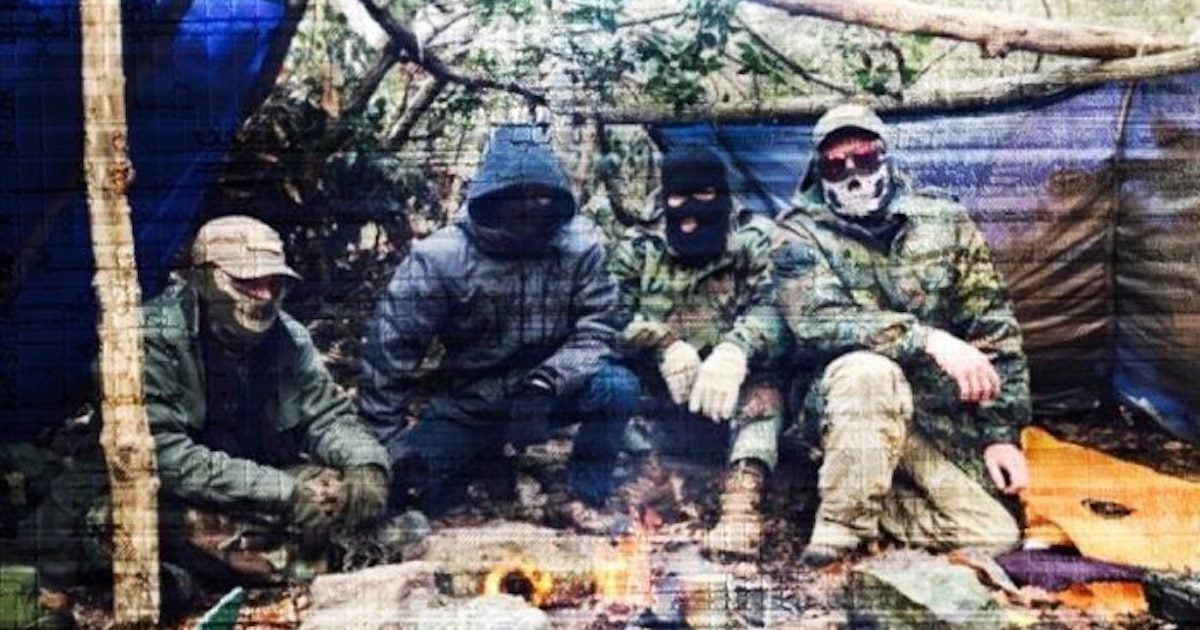 A white supremacist group known as The Base is attempting to recruit military veterans as foot soldiers for a planned race war that it hopes will result in the collapse of society, experts told Task & Purpose.

The Southern Poverty Law Center has obtained audio recordings of the group’s leader speaking with more than 100 potential recruits, of which nearly 20 percent of the applicants claimed to have military experience, according to NBC News.

“There were eight men in the National Guard, one former member of the Air Force, a Marine, and eight in the U.S. Army, according to a transcript of the SPLC’s podcast “”Baseless.”

The Base portrays itself as a group of survivalists who are defending the “European race” from society, which has become infected by Jewish values, said Joanna Mendelson, associate director of the Anti-Defamation League’s Center on Extremism.

The group looks for members with military experience so it will have an army of vigilante soldiers ready to take seize power in the anticipated coming chaos, Mendelson told Task & Purpose.

“In a post ADL captured from February 23, 2019, the group’s founder, Rinaldo Nazzaro, who goes by Norman Spear and Roman Wolf online, shared what appeared to be an exchange between himself and an individual interested in joining The Base with the caption: ‘Why do we ask applicants about military experience? The Base is a survivalism & self-defense network—Two skills that are acquired through military training,’” Mendelson said.

While Nazzaro claims to be a veteran who deployed downrange, there are no indications that he actually served in the military, Mendelson said.
It appears that Nazzaro previously worked as a defense contractor.

“Nazzaro established a security firm in 2009 called Omega Solutions, headquartered in New York,” Mendelson said. “The company website (no longer operational) notes: ‘Our associates have worked with various government and military agencies, including multiple wartime deployments to Iraq and Afghanistan.’ One employee is listed as employed at this firm, from open-source information.”

The Base has made enlisting members with military experience an integral part of its recruiting strategy since it spun off from The Atomwaffen Division, another white supremacist group, and became independent 2018, said Mollie Saltskog, a senior intelligence analyst with The Soufan Group, an intelligence and security consultancy.

Saltskog said she did not have any data on how large The Base is and how many of its members are veterans.

“However, some of the individuals arrested had military experience, including U.S. citizen Brian Mark Lemley (cavalry scout in the Army) and Canadian citizen Patrik Jordan Mathews (had served as a combat engineer in the Canadian Army Reserve),” Saltskog said. “These arrests indicate that the Base has successfully recruited individuals with military experience.”

Violent extremist groups are not just looking to recruit people who have left the military. Several service members have been kicked out of the military for their active involvement with white supremacist groups while still in uniform, including former Air Force Tech Sgt. Cory Reeves, who was investigated for allegedly distributing propaganda for the group Identity Evropa.

Before he was taken into custody, Carillo reportedly wrote a word in blood: “Boog,” which is short for “Boogaloo,” an extremist movement that has successfully recruited both current and former service members.