A simple Google search of his name make his views crystal clear. 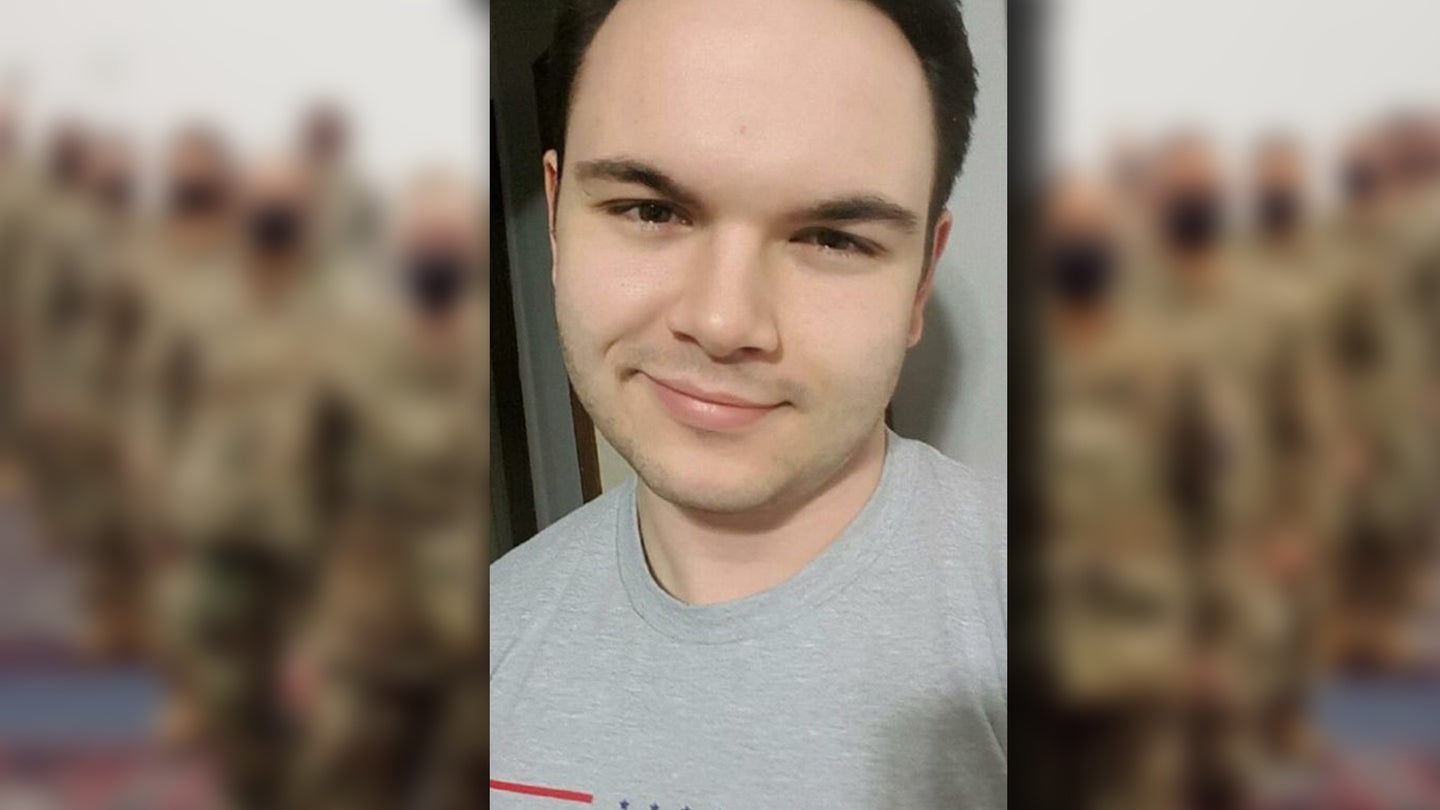 A known white supremacist serving in the Air Force is still in the ranks more than two months after his extremist views were first widely reported, and at least one lawmaker is demanding answers.

Airman 1st Class Shawn Michael McCaffrey, 28, has a track record of espousing white supremacist, anti-Semitic, racist and homophobic beliefs on social media, but the Air Force appeared to have missed that when McCaffrey enlisted on Jan. 26. Rep. Jackie Speier (D-Calif), the chair of the House Armed Services Military Personnel Subcommittee, said that she would be speaking to Air Force leadership about McCaffrey.

“I will be contacting Air Force leadership to find out why this individual – who has his own author page on a website for far right extremists, describes himself as an ‘activist,’ and co-hosted a weekly podcast in which he attacked Jews, women, LGBTQ+ people, the U.S. armed forces, and many others using unacceptable slurs – remains on active duty and under review given the very public and abundant evidence of his extremist ties,” the congresswoman said in a statement provided to Task & Purpose.

Department of Defense regulations prohibit service members from participating in “organizations that advocate supremacist, extremist or criminal gang doctrine, ideology or causes,” including those that discriminate based on race, creed, color, sex, religion ethnicity or national origin, or advocate the use of force, violence or criminal activity to deprive individuals of their civil rights.

However, McCaffrey’s case reveals the difficulties of identifying recruits in an era when white supremacists often use code words and encrypted platforms to keep their involvement in extremist groups a secret.

Air Force spokesperson Ann Stefanek told Task & Purpose in April that the service first learned of allegations regarding McCaffrey’s racist past, and Air Force officials were looking into it.

“We were not aware of the allegations during the enlistment process,” she said. “No further information or details of this allegation can be released until the facts involving this allegation are fully reviewed.”

But two months later, the results of the review are still unknown, according to a recent article by HuffPost. Stefanek did not respond in time to Task & Purpose on the matter, but she told HuffPost that the airman is “on active duty in technical training,” and that his case “remains under review and no determination has been made at this time.”

Stefanek wouldn’t give a timeline for when the Air Force review will determine whether McCaffrey has violated military regulations regarding extremism, HuffPost reported. Those regulations are still in flux. Pentagon press secretary John Kirby said in April that service secretaries asked Defense secretary Lloyd Austin for a clear, updated definition of extremism in Department of Defense regulations as part of a wider effort to combat extremism in the ranks.

Austin “ordered the services to work closer together and learn best practices from each other to ensure extremists do not get into the ranks,” one DoD press release said. “Kirby said the services will work with law enforcement agencies to accomplish this.”

Related video: The Recruitment Of Veterans By White Supremacy Groups On The Rise

The slow progress of the probe is surprising considering the extent to which McCaffrey shared his views on social media. Though the DoD’s definition of extremism is still in flux, several of the airman’s tweets, videos and other activities compiled by HuffPost appear to fit the old definition of being discriminatory or supremacist. Among the airman’s many extremist posts, tweets, videos and other activities are the following, according to HuffPost:

Other comments McCaffrey made which were found by HuffPost are homophobic and disrespectful to service members.

While it seems odd that a recruiter did not catch McCaffrey’s outspoken presence on social media, catching less-public extremists may be easier said than done. As part of the accession process, Air Force recruiters ask questions about criminal activities, extremist activities and associations, and use national and local criminal background checks to scan for extremist ties in potential recruits, Stefanek said in April. But background checks will detect a person’s extremist ties only if they have been charged with a crime related to their beliefs, according to HuffPost, which means a recruit like McCaffrey would have passed those checks.

“Human analysts cannot effectively and efficiently search the Internet on the hundreds of thousands of people each year that undergo DoD background vetting,” according to a Pentagon report from February about screening recruits for signs of extremism.

To make it even more difficult, the Defense Department can only look at publicly available content, but domestic extremists often communicate using aliases over encrypted platforms such as Discord, Telegram, and 8chan. Plus, they often speak in an Internet cipher that uses obscure acronyms, symbols and tattoos such as “88” for “HH,” or “Heil Hitler” or “WMSTEOOPAAFFWC” for “We must secure the existence of our people and a future for white children.”

McCaffrey isn’t the only one to slip through the cracks. The Pentagon report released in February cited more than 20 examples of service members and veterans who were either members of white supremacist groups or unaffiliated white supremacists. Separately, Task & Purpose has compiled a list of nearly two dozen current and former service members who have been involved in extremist activity since 2016, such as two Marine veterans arrested in October for allegedly planning to kidnap Michigan’s governor.

The Air Force also took more than a year to discharge Tech Sgt. Cory Reeves, a Colorado-based airman and a fellow alleged member of Identity Evropa. Reeves was investigated by the Air Force Office of Special Investigations in 2019 for allegedly distributing white supremacist propaganda. He was initially busted down from the rank of master sergeant in September 2019, and was discharged about a year later.

The conversation about extremism in the military became much more urgent in recent months after the Jan. 6 attack on the U.S. Capitol. NPR reported 27 veterans faced charges over their alleged involvement in the attack which represented 20% of the nearly 140 people facing similar charges at the time. The attack was a wake-up call for Pentagon officials to refocus their attention on the issue of extremists in the military, starting with a military-wide stand-down ordered by Austin for service members to discuss the problem.

However, it could still be a long road before the military starts to get a handle on the problem. Even as the military begins to launch anti-extremism training and recommend anti-racist literature on reading lists, federal lawmakers and pundits decry the efforts as ones that will weaken the armed forces by making it “woke.”

But when there’s a will to root out extremism, hopefully there’s a way too. Stefanek signaled that there is definitely a will.

“Racism, bigotry, hatred, and discrimination have no place in the Air Force,” she said. “We are committed to maintaining a culture where all Airmen feel welcome and can thrive.”