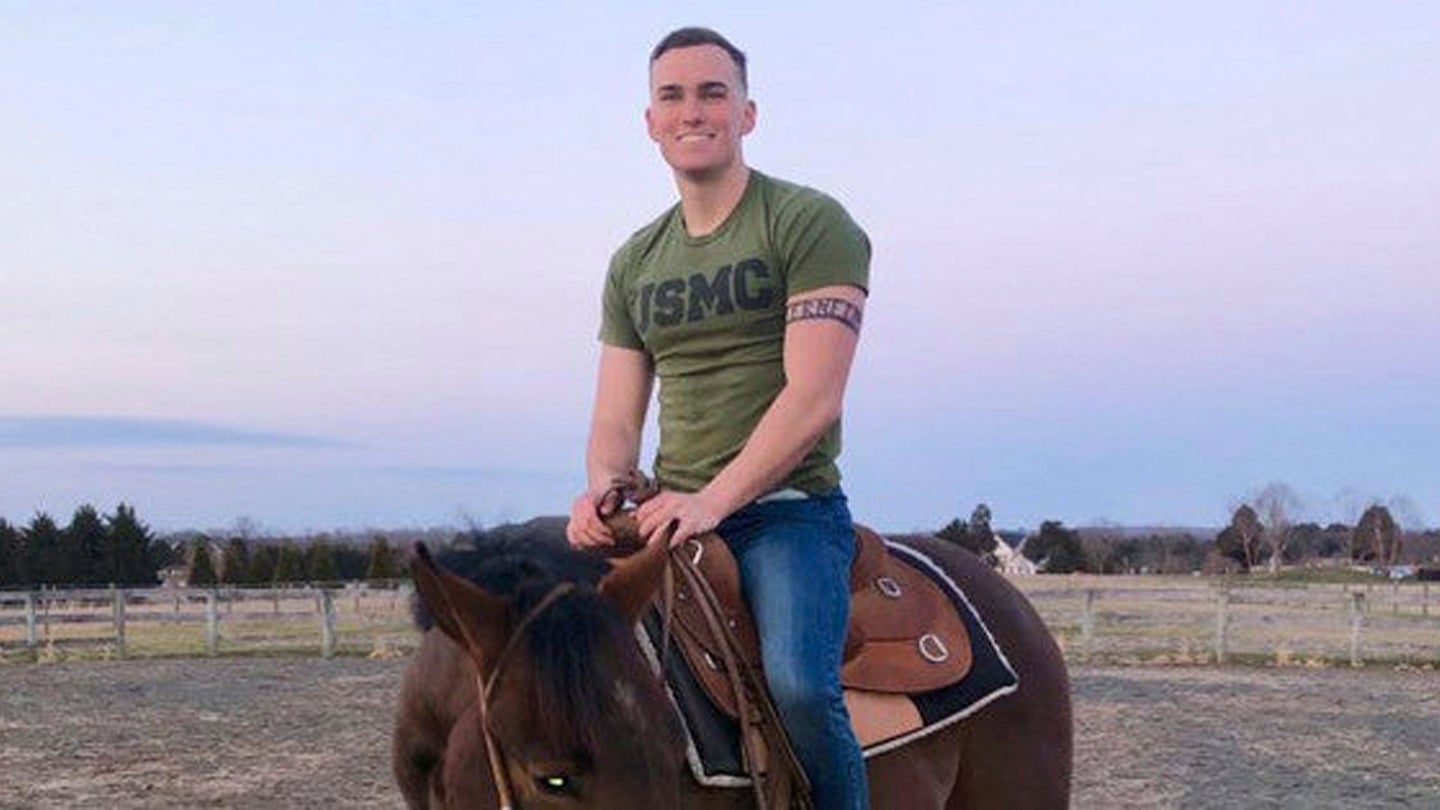 Marine 2nd Lt. Felippe Maher, who was accused of having ties to white supremacists, has been kicked out of the Corps and received an other than honorable discharge, a Marine Corps spokesman said on Monday.

“[Second] Lt. Maher was administratively separated on July 23, 2021 and no further action is pending,” said Capt. Sam Stephenson, a spokesman for Training and Education Command. “No additional information is releasable.”

Maher was initially scheduled to go to court-martial last year after being charged with violating a lawful general order and making a false statement for allegedly advocating extremist doctrine and lying by claiming he never belonged to a white supremacist group.

Maher was also accused of having a tattoo that was allegedly affiliated with extremists along with conduct unbecoming an officer and a gentleman and wrongfully trying to possess steroids.

But Marine Corps officials dismissed all those charges against Maher in September just two weeks before his trial was scheduled to begin. At the time, Stephenson said the prosecutors had decided to start the case all over again because allegations of new misconduct against Maher had emerged. The Marine Corps has not yet said publicly what those new allegations were or how they were resolved.

It has been more than two years since Marine Corps officials first announced in June 2019 that Maher was being investigated after a Twitter user shared racist imagery that purportedly originated from Maher’s Snapchat account. The caption for one of the images used a racial epithet to describe former President Barack Obama.

The Twitter user also posted a picture of a man who looks like Maher apparently standing next to white supremacist Richard Spencer at a Nazi rally, but Task & Purpose has been unable to identify the man shown in the picture.

Maher was assigned to The Basic School in Quantico, Virginia when he first came under scrutiny for his alleged social media postings.

Separate from the Marine Corps investigation, Task & Purpose found that in December 2017, Maher posted a picture of himself on Facebook along with the caption “Gucci Goy.” The word “goy” is a Hebrew and Yiddish term that is typically used to describe non-Jews but white supremacists often jokingly use the word to refer to themselves.

The Maher case illustrates how the military as a whole is struggling to rid its ranks of extremists while preventing people who purportedly want to receive military training to carry out extremist plots from joining.

At least 354 people with military ties have committed crimes in support of extremism since 1990, including 82 people charged in connection with the Jan. 6 Capitol Hill riot, according to the National Consortium for the Study of Terrorism and Responses to Terrorism.

Recently, federal prosecutors claimed that Tres Genco – an “involuntarily celibate” man, or “incel” – joined the Army in 2019 to prepare for an alleged mass shooting attack on women at an unnamed Ohio university but only completed four months of basic training. The circumstances of how he left the Army are unclear.

Shortly after taking the helm at the Pentagon, Defense Secretary Lloyd Austin ordered that all units conduct stand-downs to discuss the issue of extremism in the ranks. But several Republican lawmakers have accused the military of using diversity training to push a “woke” ideology on service members.

“We are focused on extremist behaviors and not ideology, not people’s thoughts, not people’s political orientation,” Austin told Rep. Matt Gaetz (R-Fla.) during a House Armed Services Committee hearing in June. “Behaviors are what we’re focused on.”