'I’m not going to tip off any enemy to what the United States is going to do in an actual plan.' 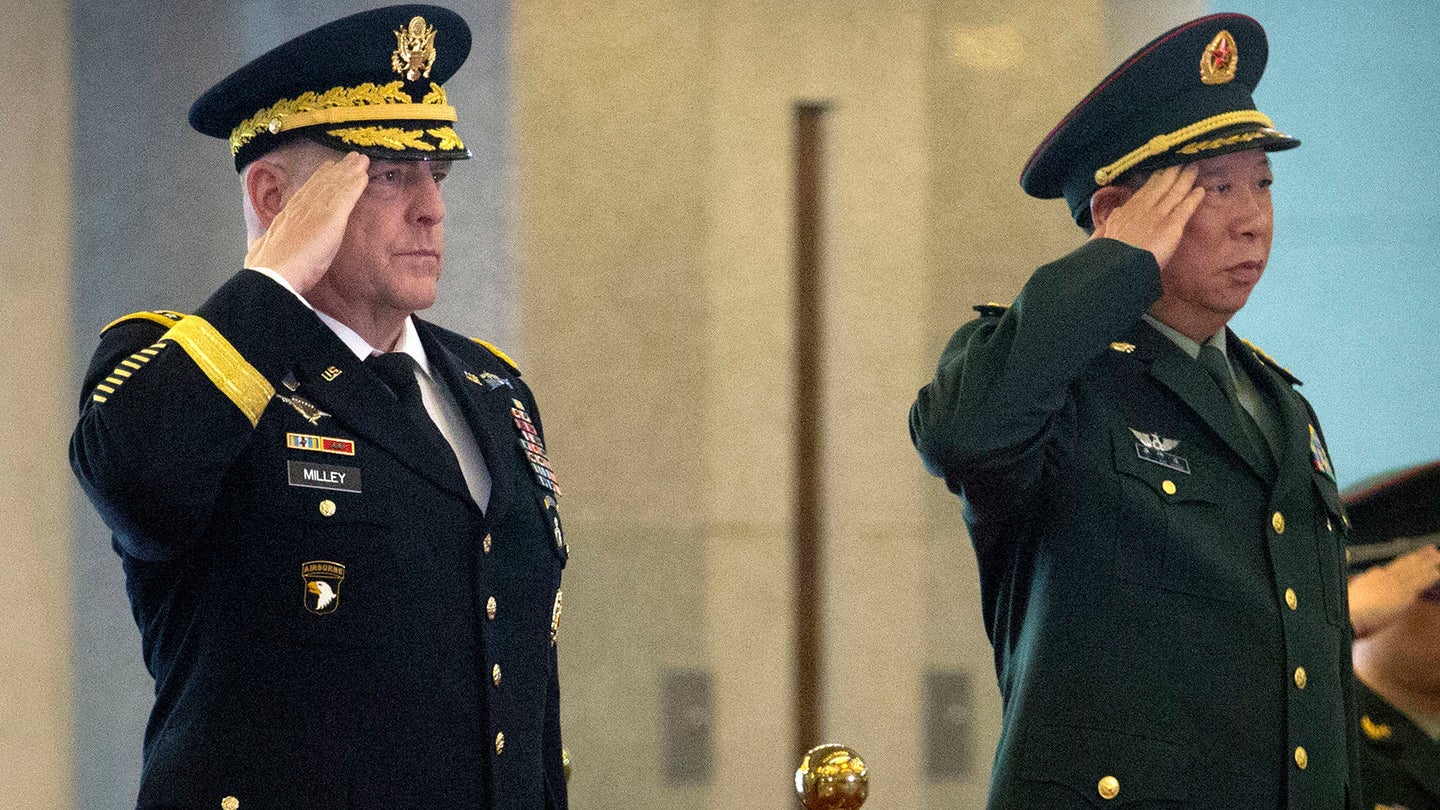 Army Gen. Mark Milley testified before Congress on Wednesday that he called his Chinese counterpart in October to assure Beijing it was mistaken in believing that America was about to launch a surprise attack.

Milley, the chairman of the Joint Chiefs of Staff, has been deluged with criticism for his Oct. 30 conversation with Chinese Gen. Gen. Li Zuocheng, which was chronicled by authors Bob Woodward and Robert Costa in their new book “Peril.”

At issue is what exactly Milley told Li to assure him that then-President Donald Trump had no plans to order a pre-emptive strike against China.

“General Li, you and I have known each other for now five years,” the book claims Milley told Li, according to the Washington Post. “If we’re going to attack, I’m going to call you ahead of time. It’s not going to be a surprise.”

Since media outlets first reported on this conversation earlier in September, Milley’s critics have claimed that he betrayed his country by promising to warn the Chinese of any impending attack by the U.S. military.

Sen. Marco Rubio (R-Fla.) wrote a Sept. 14 letter to President Joe Biden urging him to fire Milley, whom he accused of contemplating a “treasonous leak of classified information to the Chinese Communist Party in advance of a potential armed conflict.”

On Wednesday, Milley told lawmakers that his loyalty to the United States and the Constitution is “absolute” and all of his conversations with his Chinese counterpart were conducted “with the knowledge and coordination of civilian oversight.”

His calls to Li in October and January were prompted by “concerning intelligence” that led military leaders to believe the Chinese were concerned the United States would attack them, Milley testified before the House Armed Services Committee.

“I’m not going to tip off any enemy to what the United States is going to do in an actual plan,” Milley said.

“What I’m trying to do is persuade an adversary that’s heavily armed, that was clearly – and unambiguously, according to intelligence reports – very nervous about our behavior and what was happening inside this country,” said Milley, who has acknowledged he talked to Woodward for the book. “And they were concerned that we – President Trump – was going to launch an attack. He was not going to launch an attack.”

“I knew he wasn’t going to launch an attack,” Milley continued. “At the direction of the secretary of defense, I engaged the Chinese in order to persuade them to do that. I would never tip off any enemy to any kind of surprise thing that we were going to do. That’s a different context than that conversation.”

Milley said his calls to Li were meant to de-escalate tensions between China and the United States. His Oct. 30 conversation with Li was at the direction of then Defense Secretary Mark Esper, Milley said. On Dec. 31, the Chinese requested a second conversation with Milley, which the Pentagon’s top official for Asia-Pacific policy helped arrange. That official spoke to the Chinese personally two days before Milley’s Jan. 8 call.

What Milley’s critics say they want to know is exactly what he told his Chinese counterpart. The Defense Department has not committed to releasing a transcript of his Oct. 30 call with Li.

During Wednesday’s hearing, Rep. Vicky Hartzler (R-Mo.) asked Milley directly if he had promised to let Li know if the United States planned to attack China.

“As part of that conversation, I said: ‘Gen. Li, there’s not going to be a war; there’s not going to be an attack between great powers; and if there was, the tensions would build up; there’d be calls going back and forth from all kinds of senior officials,’” Milley replied. “I said: ‘Hell; Gen. Li, I’ll probably give you a call. But we’re not going to attack you. Trust me. We’re not going to attack you. These are two great powers, and I am doing my best to transmit the president’s intent – President Trump’s intent – to ensure that the American people are protected from an incident that could escalate.”

That explanation did not seem to satisfy Hartzler, who told Milley she felt he should resign for saying he would call Li if the United States and China went to war.

Indeed, some of the Republicans’ anger against Milley was palpable on Wednesday. A visibly irate Rep. Michael Turner (R-Ohio) claimed that Milley had not provided Congress with the intelligence that China was worried about an impending American attack.

Turner demanded that Milley provide lawmakers with that intelligence along with a transcript of his call with Li and other pertinent information.

“No one in Congress knew that one of two of the major nuclear powers thought that they were – perhaps – being threatened for attack,” Turner said.

Just as he did with the Chinese, Milley attempted to de-escalate tensions with Turner on Wednesday by projecting a sense of stability.

“With respect to the intelligence: I have it right here,” Milley said in a calm voice. “I’ll be happy to share it with you. I guarantee that that intelligence was disseminated in the president’s PDB [president’s daily brief], the vice president, the DNI [director of national intelligence], the director of CIA, the secretary of defense, assistant to the president for national security affairs, and others. That was significant and there was a lot of it. It wasn’t just a singular report. I’ll be happy to share that with you and go over it with you line by line.”