It's fabulous in a “we just blew up Alderaan” kind of way. 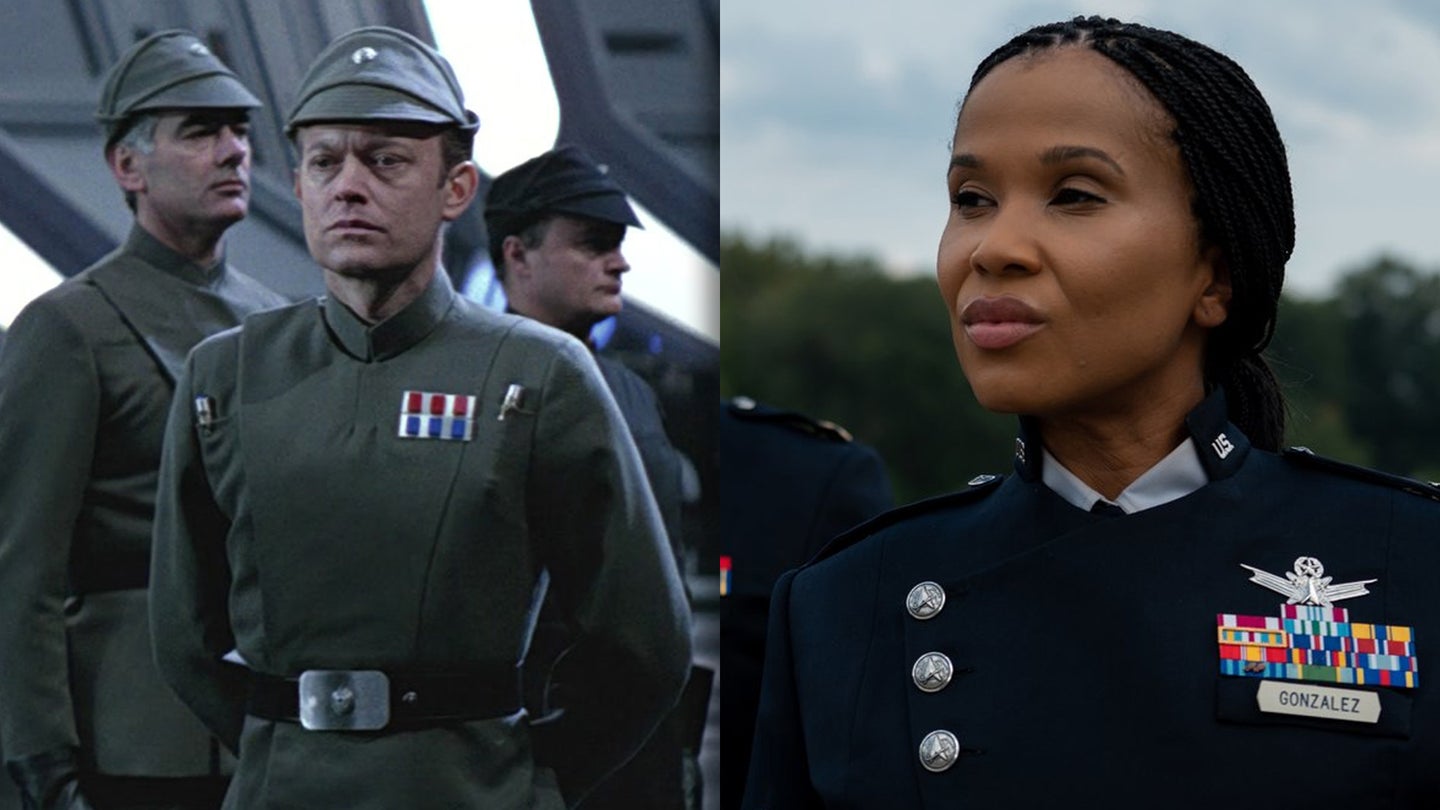 The U.S. Space Force unveiled the prototype for its new dress uniforms and they look familiar.

Where have we seen that style before? Ah, yes:

This look from the military’s newest branch is fabulous in a “we just blew up Alderaan” kind of way. It’s giving us Darth Vader-approved uniformity. It’s giving us “Your feeble skills are no match for the power of the dark side!”-style. It’s giving us Galactic Empire chic.

And frankly, it’s about time we learned more about the Space Force’s uniforms seeing as the service was officially established back in 2019. The Pentagon has been tight-lipped about what the uniforms for the newest military branch would look like, even as fake designs made the rounds on social media.

Last December drawings of proposed Space Force uniforms were posted on Reddit and threw the online military community into a tizzy, though a spokesman for the service confirmed the dress uniforms were still being developed.

The official uniform prototypes, revealed at the Air Force Association’s Air Space & Cyber Conference, are much less surprising when you remember that just months ago, Maj. Gen. DeAnna Burt, commander of the Combined Force Space Component Command, was sworn into the Space Force alongside cosplayers dressed as Imperial Stormtroopers. (A Space Force spokesman clarified at the time that the stormtroopers were not actually part of the ceremony, and were just “costumed volunteers.”)

The new uniforms look less traditional than the other services — especially the Army’s World War II-era ‘Pink and Greens’ uniform — with the diagonal Space Force-emblem buttons and high collar. While there wasn’t much additional information about the dress uniforms immediately available, Gen. John Raymond, the chief of space operations, said the Space Force is also testing their own PT uniforms.

So yes, the Space Force’s new dress uniforms are giving us very big “Stars Wars”-inspired Galactic Empire vibes. But really, can you honestly expect U.S. Space Force Guardians to show up in outer space — or wherever else Guardians may find themselves — in anything less?