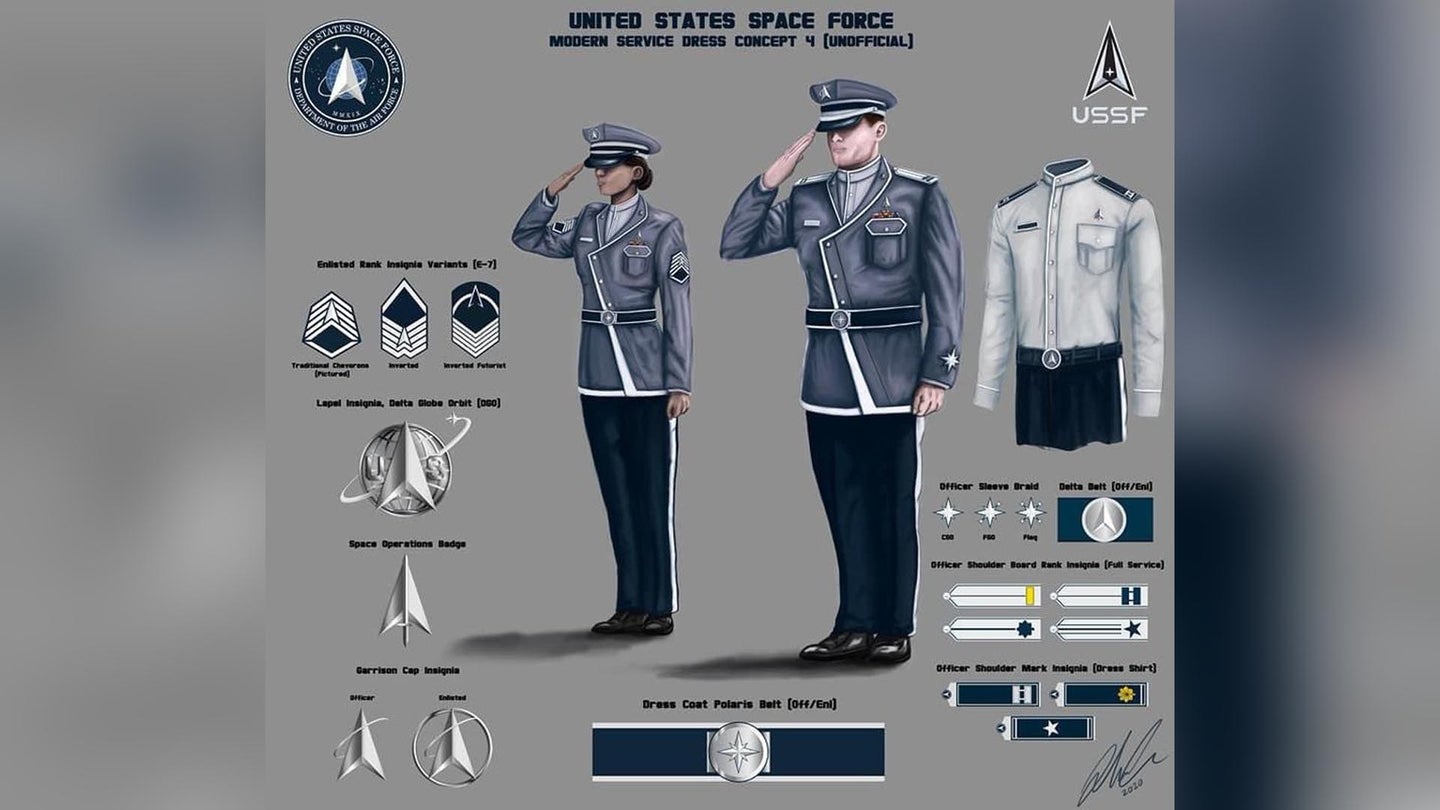 Everyone relax. The Space Force is not actively considering adopting a service uniform that looks like the unholy product of a one night stand between Col. Klink from “Hogan’s Heroes” and Denise Richards in “Starship Troopers.”

A member of the Space Force set social media ablaze by posting a drawing of his proposal for the service’s dress uniform on Reddit. The picture was subsequently posted on Monday on the unofficial US Space Force WTF Moments Facebook page.

While the picture has drawn strong reactions from people online, who have compared the design to German uniforms in World War II and what the bad guys wore in Spaceballs, it is not something that the Space Force is considering adopting, said Maj. Nicholas Mercurio, a spokesman for the service.

The Space Force Guardian who authored the design could not immediately be reached for comment.

With few exceptions, social media users felt the proposed Space Force uniform had eerie echoes of fascist garb, including a lapel that bears a strong resemblance to the type of Sam Browne belt that Benito Mussolini liked to wear.

Overall, the grey and blue steel uniform exudes a kind of “Imperial Space Cop” vibe, complete with a cover that appears to be inspired by the “M Bison” character from Street Fighter.

In all fairness, several state police departments still use Sam Browne belts, evoking Matt Damon’s famous line from The Departed about Massachusetts state troopers’ uniforms: “Do you like coming to work dressed like you’re going to invade Poland?”

In apparent effort to distinguish itself from the Air Force, the proposed Space Force uniform also features master sergeant chevrons that are upside down, making it even more difficult to determine what rank senior non-commissioned officers are.

Still, if the Space Force ultimately adopted sadomasochistic regalia that included a ball gag and ass-less chaps as its official dress uniform, it still not be as damaging to morale as the Army’s disastrous decision to issue conventional soldiers black berets in 2000. Just saying.