Whether you're a brand-new enlisted guy or an officer taking over your first platoon, the advice you most often hear... 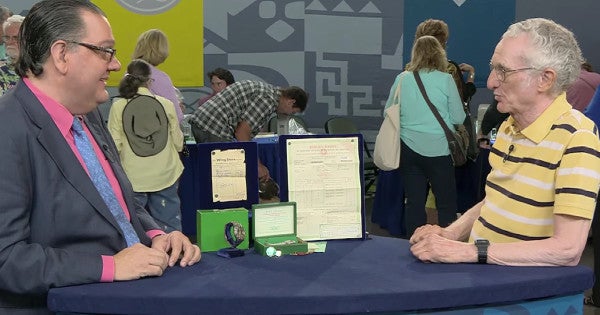 Whether you're a brand-new enlisted guy or an officer taking over your first platoon, the advice you most often hear is to “listen to your NCOs.” The logic is simple: they've usually been around a while and know what's up, so their advice or direction is often spot on.

Enter this recent submission to the Army subreddit, which offered up the “best example of 'listen to your NCOs' I have ever seen.” In the video from Antiques Roadshow, an elderly man explains that he bought a vintage Rolex watch way back in 1960, on the advice of one of his sergeants at Zweibrücken Air Base in Germany.

“My sergeant recommended that before I came back to the States, buy a Rolex watch,” he said. “He thought it was the best watch ever made. He said 'make sure you get one before you go home.'

The young soldier had never heard of Rolex before then, but said, “I just took his word that it was a great watch, and it is.”

He purchased the watch, a Rolex GMT Master, for $120.35 at the PX on base (his salary at the time, he said, was just under $100 per month). It was a pretty expensive purchase at the time, which is equivalent to spending $1,022 in today's dollars.

But it turns out he got a really good return on investment. Since the watch was in such good condition and he kept all the paperwork and box that went with it, the appraiser told him he could get anywhere between $65,000 and $75,000 if he were to sell it.

His reaction is pretty priceless. Watch the video: