‘Overlord’: Paratroopers Fight Nazi Zombies, Because Why Not?

World War II is returning to the big screen; let’s be honest though, it never left. This time though, it’s... 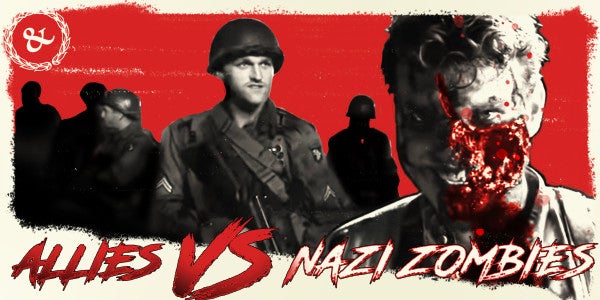 World War II is returning to the big screen; let’s be honest though, it never left. This time though, it’s different. Kinda.

In a new trailer for Overlord, an upcoming World War II horror film, but with a rock’n’roll vibe, thanks to AC/DC’s Hells Bells, a group of U.S. Army paratroopers are shot down over Europe. Lost behind enemy lines, outnumbered and outgunned, the only way it could get any worse would be if those occult fanatics of the Third Reich found some way to cheat death and live forever.

Produced by J.J. Abrams, the guy who brought Star Wars and Star Trek back, but with lens flare and mind-blowing action sequences, Overlord is World War II the way you’ve never seen it before, with zombies — unless you’ve watched any of these movies.

Here’s how I imagine the pitch for Overlord went down:

Executive 2: Sure, why not, everyone loves a good battle. Which war?

Executive 2: Yeah, but that's been done. What's our take? How can we spin it?

Executive 2: But that's been done, too.

Executive 1: Fuck it, get J.J. Abrams in here. He knows reboots.

As much as I want to talk shit about Overlord, the truth is, they’ve got me dead to rights. I’m a sucker for a blockbuster approach to a B-movie premise. Also, I’m pretty sure director Julius Avery and screenwriters Billy Ray and Mark L. Smith rewatched the clockwork zombie scene from Sucker Punch a dozen times for inspiration, then tossed on a glossy coat of 1940s paint, ditched the skimpy outfits, and added some Cloverfield-esquejumps.

And voilà, we’ve got a World War II zombie flick steamrolling into theaters Nov. 9 — just in time for Veterans Day. Be sure to thank any veterans you know for their service, and for slaying evil armies of Nazi zombies.