Well, the day has finally arrived: Soldiers are now graduating from Basic Training in the new Army Greens service uniform 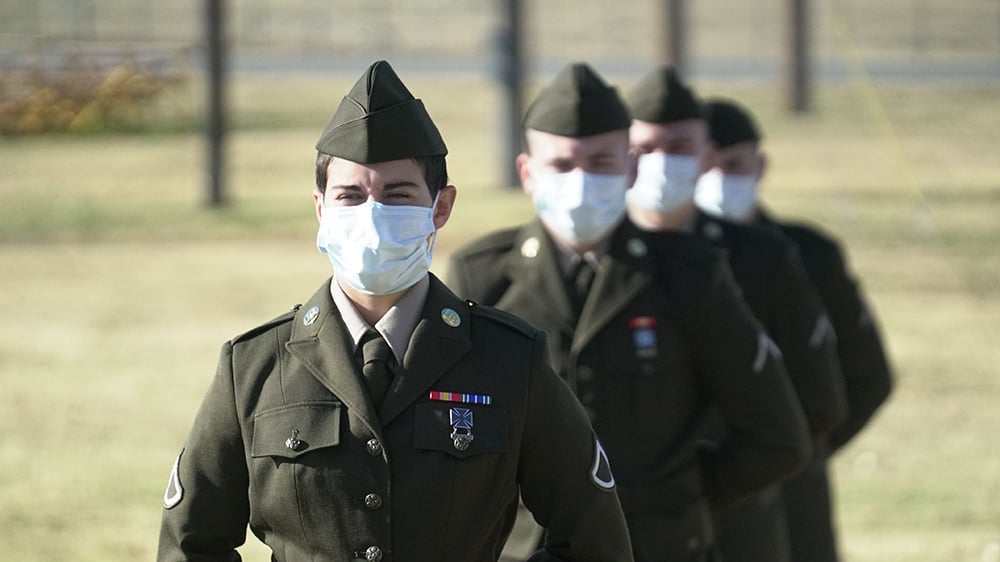 Well, the day has finally arrived: Soldiers are now graduating from Basic Training in the new Army Greens service uniform.

Colloquially referred to as ‘pink and greens,’ there’s been a lot of buzz about the World War II-era throwback duds for the past several years. But for one lucky group of soldiers, the wait is now over.

A tweet from 1-79th’s official Twitter account shows the soldiers earlier in their training when they first got word that they’d be rocking the service’s newest uniform.

You can’t see it because of their masks and military bearing, but these trainees are overjoyed to be graduating on 13NOV2020 in the new ASU! Congrats Alpha Battery class 64-20 👏🏼 #newnew pic.twitter.com/uRg5UWHW0J

There’s been a slow trickle of updates about who’ll get the uniforms and when, with recruiters as well as soldiers at Fort Knox in Kentucky getting their hands on the uniforms back in July.

In June, Stars and Stripes reported that every newly-graduated soldier would walk across the parade deck in a set of Army Greens. While that may seem a long way off, it does seem to be worth the wait based on the photos.

Related: These soldiers are the first to receive the Army’s new ‘pink and greens’ uniform