“"My father used to say to my mother, 'Doesn't Patty look a lot like Adolf Hitler?'" 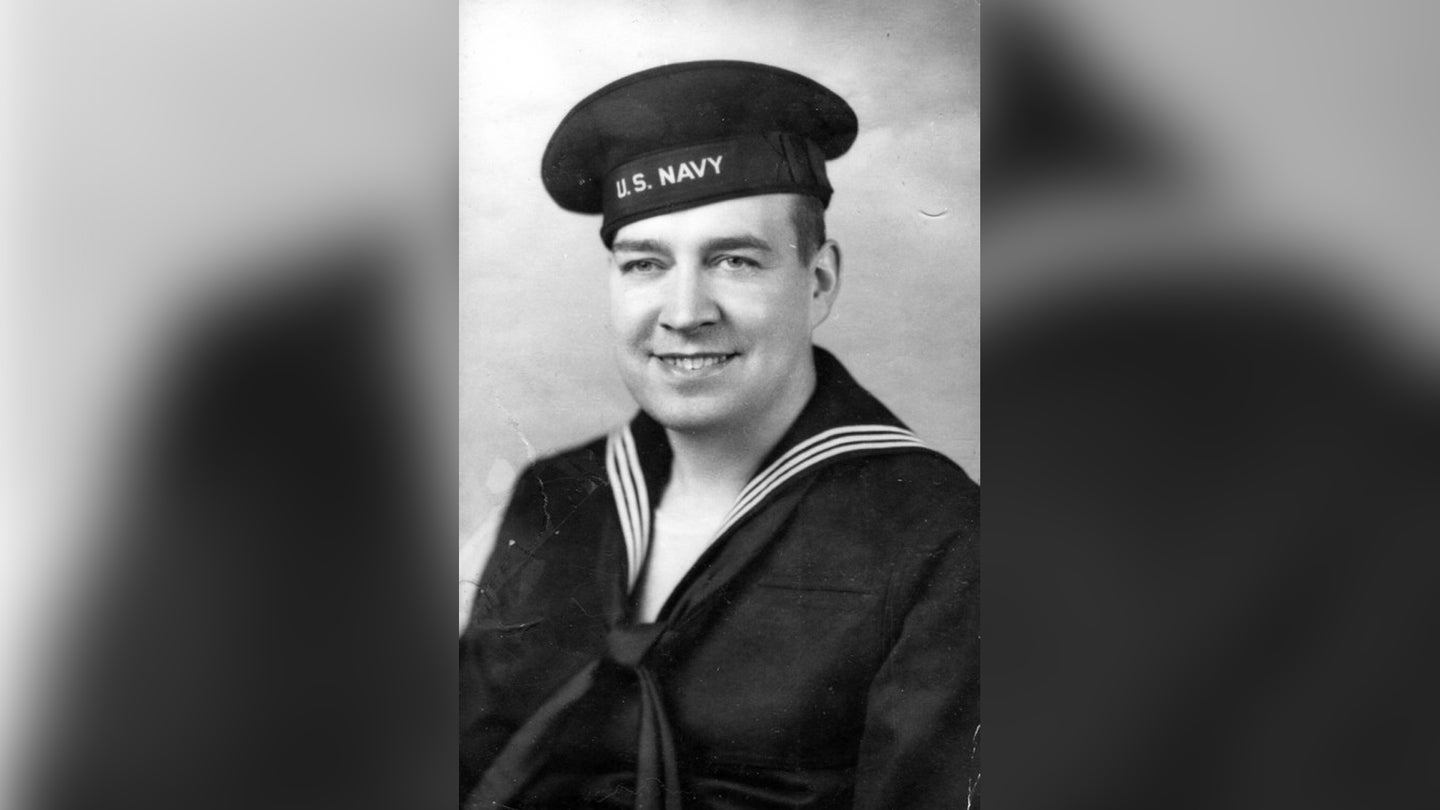 I learn something new every day. Recently, for example, I learned military acronyms can always get worse. But today I learned that Adolf Hitler apparently had a nephew who joined the U.S. Navy to fight against his uncle during World War II.

William Patrick “Willy” Hitler  was the son of Alois Hitler Jr., Adolf Hitler’s half-brother, the New York Times reported in 2006. He was born in Liverpool, England, in 1911 — in a house that was, ironically, later destroyed in a German air raid, the Irish Post reports.

According to the Lyon Air Museum, an aerospace museum in Orange County, Calif., Alois Hitler left his wife and son in England and moved back to Germany where he started a new family. The Irish Post reports that he was “illegally remarried “in Germany and later charged “with bigamy after a failed attempt to fake his death.”

The Lyon Air Museum says Willy reconnected with his father when he was 18; he traveled to Germany where his dear old dad “took him to a Nazi rally where he saw his uncle Adolf.” Willy later met his uncle in person during another visit to Germany.

The two didn’t exactly get along.

Willy began publishing articles about his uncle, the Lyon Air Museum says, which didn’t sit well with Adolf, who “didn’t like the way the article portrayed him.” He demanded Willy retract them, but some damage — although likely unintended — had already been done. With his relationship to Adolf Hitler public, Willy was fired from his job in England. He moved to Germany where he found an uncle still unhappy with him who “denied they were relatives.”

Willy’s father eventually sent him back to England. Still, Willy returned in 1933, according to the Lyon Air Museum, again looking for work. At this point his uncle was the Chancellor.

According to the Irish Post, Willy “continuously” blackmailed his uncle by threatening to release family secrets to the press “in order to undermine him.” Adolf eventually offered to give Willy a “position of great power” but on one condition: he had to give up his British citizenship. He refused.

The Lyon Air Museum says Willy went back to England, this time looking to join the British armed forces. He was rejected for…well, obvious reasons.

In 1939, the New York Times reported, Willy and his mother arrived in the U.S. A few years later in 1944, he enlisted in the U.S. Navy according to a tweet from the U.S. Naval Institute. His first attempt to join resulted in a rejection, the USNI tweeted, and he was only allowed in “after writing to FDR and getting cleared by the FBI.”

Willy was sworn in on March 6, 1944, according to the Lyon Air Museum, and “went on to serve for three years as a pharmacist’s mate receiving a Purple Heart medal.” A spokesperson with the USNI told Task & Purpose that they have not been able to find documentation to prove that Willy did in fact receive the medal. He was reportedly discharged in 1947.

As the Times reports, Willy changed his last name after World War II — to Stuart-Houston, according to the Irish Post — and moved to Long Island where he had four sons. He ran a blood lab out of his home; his neighbors knew him as Patty.

Marilyn Banaszak, whose mother-in-law lived next door to Willy and his family, told the Times the family was “very private,” and that Willy “wasn’t all that friendly.” His wife Phyllis “would never tell you anything personal.” But another neighbor, Teresa Ryther, said Willy’s four sons — Alexander, Louis, Howard, and Brian — were “like any other kids on the block.”

“They were just these four wild kids running around that little house,” Ryther said, according to the Times. “They were like any other kids on the block, American kids. It was almost as if they were rebelling against their German background and being intensely American.”

Ryther said her father noticed a resemblance between Willy and his uncle, though most of the family’s neighbors didn’t know of any real connection until “shortly before his death.”

“My father used to say to my mother, ‘Doesn’t Patty look a lot like Adolf Hitler?'” Ryther told the Times. “Once, my father told my mom, ‘I just saw Patty mowing the lawn, and he turned around real quick and, my God, he looked exactly like Hitler.’”

Willy died in 1987 at 76 years old; the Irish Post reports that he is buried alongside his mother in a Roman Catholic graveyard in New York where their graves are marked as “Stuart-Houston” — no reference to Hitler among them.