'We have become the worst-looking Navy in the world — with no competition.' 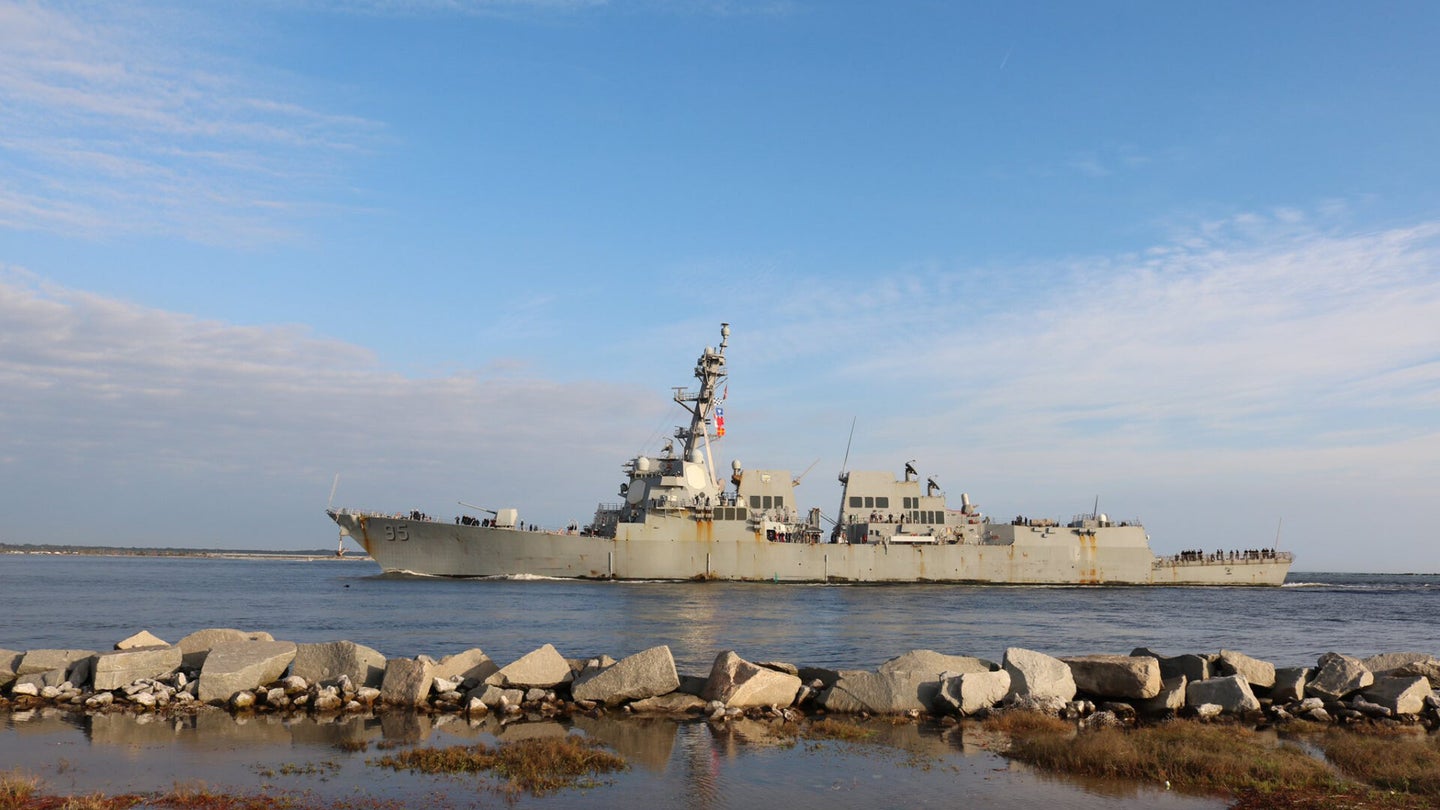 The Navy’s surface ships are so covered in rust that they look prematurely aged and unseaworthy, which isn’t exactly the message the U.S. wants to send China and Russia.

When the destroyer USS Stout returned from its unprecedented 215-day deployment in October, there was no way to hide how much of the ship was covered in rust. The vessel looked as if it should have been renamed USS Tetanus.

“We have become the worst-looking Navy in the world — with no competition,” said longtime naval journalist and commentator Chris Cavas.

Cavas recently re-tweeted a picture showing the destroyer USS James E. Williams with skid marks of running rust as it pulled into Naval Station Mayport, Florida, on Feb. 27. The ship deployed in January to the Caribbean and Eastern Pacific on counter-narcotics and other missions.

But the issue of the Navy’s rusting surface ships pre-dates the COVID-19 pandemic.

Cavas has been documenting the Navy’s rust pandemic for a while. In August 2019, he tweeted a picture of the dock landing ship USS Fort McHenry looking as if it had not been painted in years.

One reason why Navy ships look so beat up is they are made of alloys that are designed to rust on the surface while protecting the metal underneath from further corrosion, said retired Navy Cmdr. Bryan Clark, a senior fellow with the Hudson Institute think tank in Washington, D.C.

“That surface rust can just be scraped off and you’re good as new — but it looks terrible,” Clark said.

Clark acknowledged that ships from other countries do not look nearly so worn and torn, but he said that is because they do not deploy nearly as often as Navy ships, which are constantly underway or preparing for upcoming deployments.

For the USS Stout, being at sea for so long without any port calls meant the ship’s crew could only do limited maintenance on the vessel, as veteran Defense News reporter David Larter told The War Zone in October 2020.

“These long deployments and 208-day underways are going to take a toll on these ships inside and out,” Larter said. “It’s honestly impressive they kept a quarter-century old ship in running form that long! But the Navy will have to pay the piper. This is unsustainable.”

There does not seem to be any letup in the near-term for the constant demand for Navy surface ships around the world, despite two separate ship collisions in 2017 that involved the USS John S. McCain and the USS Fitzgerald, costing the lives of 17 sailors in total.

“When you look at a ship from a European navy or the Chinese navy, for example, they will make that ship pristine before it deploys,” Clark said. “It will deploy for a relatively short time and then come home — and then not deploy again for some number of years until it has to go out again.”

Clark also pointed out that when rust develops on the side of a ship, it requires the vessel to pull into port so sailors can paint it.

But Cavas said he does not believe the Navy’s rust problem has anything to do with technology or constant deployments.

For some reason, some Navy commands have not put a high priority on ensuring that their vessels are ship-shape, said Cavas, who noted that rust degrades equipment and causes other problems.