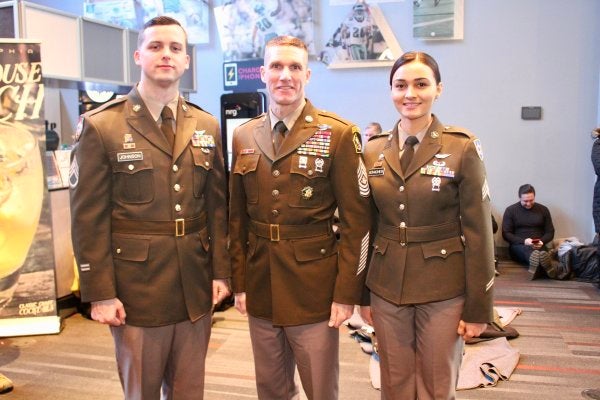 A few lucky soldiers could get their hands on — or rather, in — the Army's new everyday uniform this month.

SEE ALSO: The Sergeant Major Of The Army Really Likes 'Pinks And Greens'

WATCH NEXT: Sergeant Major Of The Army Talks Pinks And Greens