“This is making a [command sergeant major] with a flat top’s eye twitch." 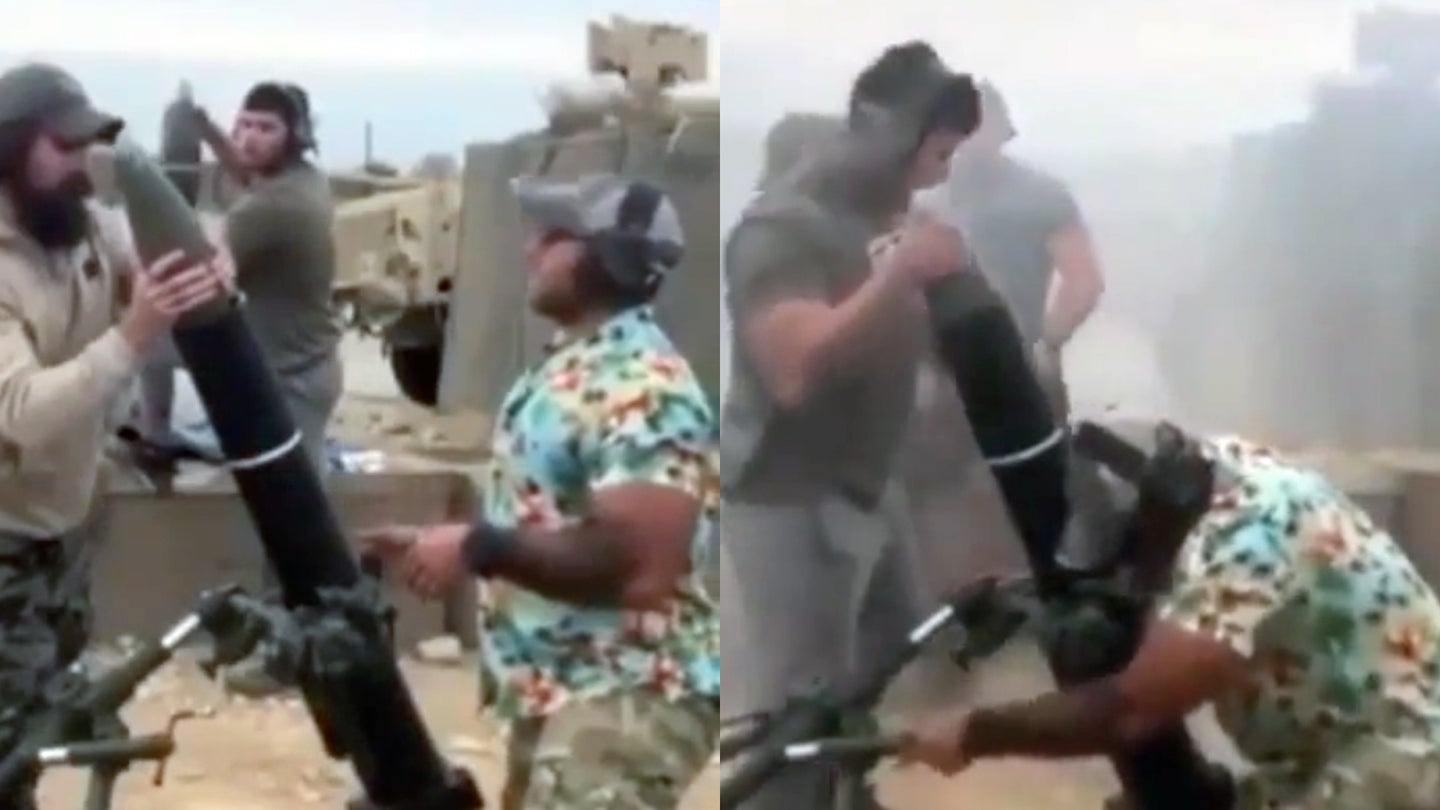 A video showing a soldier firing a 120mm mortar in Afghanistan during a fire mission may have inadvertently captured one of the most fashionable special operators on the battlefield.

The Instagram page of High Angle Hell, an account that often shares photos and videos from Marines and soldiers in the infantry mortar community, recently posted a video of soldiers dropping 120mm high explosive and white phosphorus rounds during a fire mission on an unknown target. And one soldier decided to rock a Hawaiian shirt for the occasion.

“2-505TH Mortars In MSS Jones 2019-2020 letting GBs get some rounds in,” the caption reads, suggesting that the footage shows infantry mortarmen with the 2nd Battalion, 505th Parachute Infantry Regiment allowing Green Berets to drop rounds at Mission Support Site Jones in eastern Afghanistan. Army officials did not respond to questions from Task & Purpose seeking confirmation of the unit seen in the video.

“I didn’t know the military had casual Fridays,” one person wrote in the comments of the post, where several people were impressed with the gunner’s fashion choice. “This is making a [command sergeant major] with a flat top’s eye twitch,” said another.

Named after Army Special Forces Capt. Jason Benjamin Jones who was killed in 2014, MSS Jones was an austere Special Forces outpost in Nangarhar province near the Pakistan border. Green Berets and conventional infantrymen kept pressure on Islamic State group militants in the region for years but acknowledged the difficulty of operating in such harsh, rugged terrain. “They’re always going to hold those mountains,” a Special Forces team leader told The New York Times in 2019.

Still, the 37-second video shows the efforts of a mortar section consisting of two 120mm guns capable of hitting targets nearly 4.5 miles away. Gun 1 in the background appears to be manned by regular Army mortarmen but Gun 2 features a four-man crew of soldiers wearing a mish-mash of civilian and military clothing; one bearded soldier wears tiger stripe camouflage pants popular with Vietnam-era Green Berets as he drops rounds while the Hawaiian shirt-wearing gunner can be seen wearing standard-issue operational camouflage pattern trousers.

“Just a bunch of barrel-chested freedom fighters throwing some love to another grid,” another commenter wrote.

The soldiers seem highly experienced with the 120mm mortar despite their unconventional attire. After each round is dropped, the gunner quickly adjusts the gun back on target, and at least one soldier holds onto a round with one hand before dropping it down the barrel, an impressive feat considering they weigh about 31 pounds each.

The mortar section fires what mortarmen call a “shake and bake” mission that sends high explosive and white phosphorus rounds onto a single target. Such tactics ignited controversy in the past after several Marines published an article in 2004 detailing how they used white phosphorus to drive insurgents into the open before dropping high explosive rounds during the 2004 Battle of Fallujah. White phosphorus is considered an incendiary weapon under international law and some argue its use violates a ban on the use of chemical weapons.

Nevertheless, as the Army manual on the tactical employment of mortars explains, white phosphorus and red phosphorus rounds create smoke that can help screen and mark targets or produce casualties. But generally, high explosive rounds produce a greater number of casualties, it says.

“However, the burst of a smoke round causes a significant psychological effect, especially when used against exposed troops,” the manual says. “A few smoke rounds mixed into a fire mission of HE rounds may increase the suppressive effect of the fire.”

“Although there has been confusion between leaders, it is not a violation of [the Law of Land Warfare] to use white phosphorus ammunition against an enemy as long as all normal considerations for using lethal military force are met,” the manual adds. “White phosphorus rounds, or any mortar round, are not used in such a manner as to cause unnecessary pain and suffering against inappropriate targets or under inappropriate circumstances.”

There has been no shortage of occasions when American troops have been spotted in different attire than battlefield fatigues. In 2009, an Army specialist with the 1st Battalion, 26th Infantry Regiment was photographed during a firefight in Afghanistan wearing pink boxer shorts emblazoned with “I love NY” after he was awakened by Taliban gunfire. “Every second counts,” the soldier later told a reporter.

It’s not surprising that the video is popular among service members, especially considering the appearance of a soldier in ‘camo’ more typically found in a Waikiki dive bar. Short clips like these, often posted on social media by troops who were there, offer a raw glimpse of war and combat that looks far different than the heavily filtered version offered by the Pentagon. And even better, this incident may have perhaps demonstrated to service members that beards and non-regulation clothing do not, in fact, decrease lethality.