Our thoughts are with Master Sgt. Goodman's family. 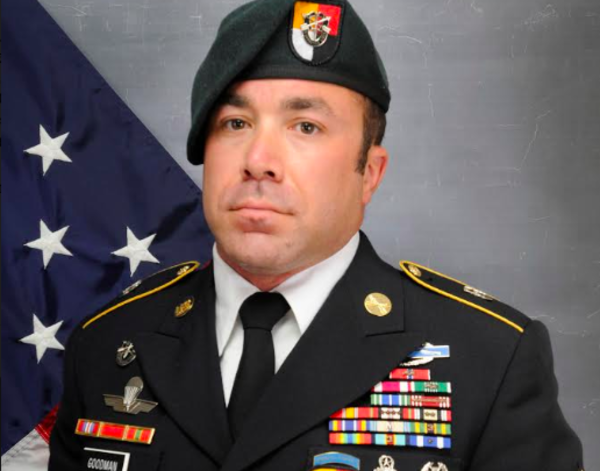 Goodman, who grew up near Chicago, enlisted in July 2002; in 2005, he transferred to the Army National Guard, going on to become a Special Forces Engineer Sergeant in 2007. He returned to active duty in 2010; at the time of his death, Goodman was serving with the 2nd Battalion, 3rd Special Forces Group as an Operations “Team” Sergeant for a Special Forces Operational Detachment-Alpha, according to the release.

Goodman had deployed eight times — four times to Afghanistan, twice to Africa, once to Iraq, and once to Kyrgyzstan. Throughout his service Goodman was awarded the Bronze Star, Army Commendation Medal, and many other awards.

“Our heartfelt condolences go out to his Family during this difficult time and our priority now rests with taking care of them and our soldiers.”

The incident is currently under investigation, Bymer said.