An Air Force Special Tactics combat controller was found dead Thursday afternoon after he went missing during a surface training swim at a Florida naval base. 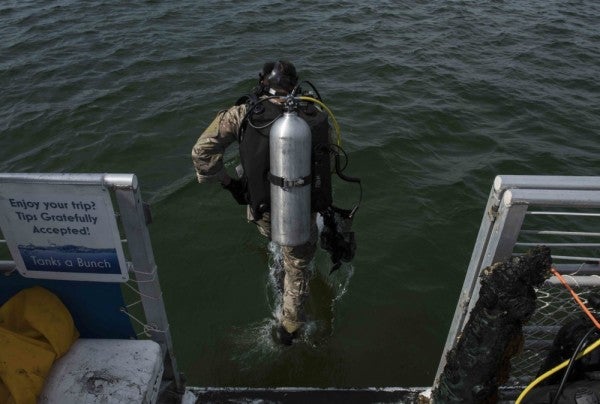 An Air Force Special Tactics combat controller was found dead Thursday afternoon after he went missing during a surface training swim at a Florida naval base, the Air Force said in a Friday press release.

The airman, who was assigned to 24th Special Operations Wing, was participating in the Air Force Combat Dive Course at the time, the Air Force said.

The Air Force will not release the name of the airman until 24 hours after notifying the airman’s next of kin. The branch said it is investigating the incident, so it cannot release any additional details at the moment.

The announcement comes four months after another 24th SOW airman, Staff Sgt. Cole Condiff, went missing in the Gulf of Mexico after falling out of a C-130 transport aircraft about two miles south of Hurlburt Field, Florida, where the unit is based. The Air Force called off the search after 20 days.