That's right, somewhere out there within the ranks of the British Army is a corporal with the single greatest name in the history of military service: Adonis Maximus Badass. 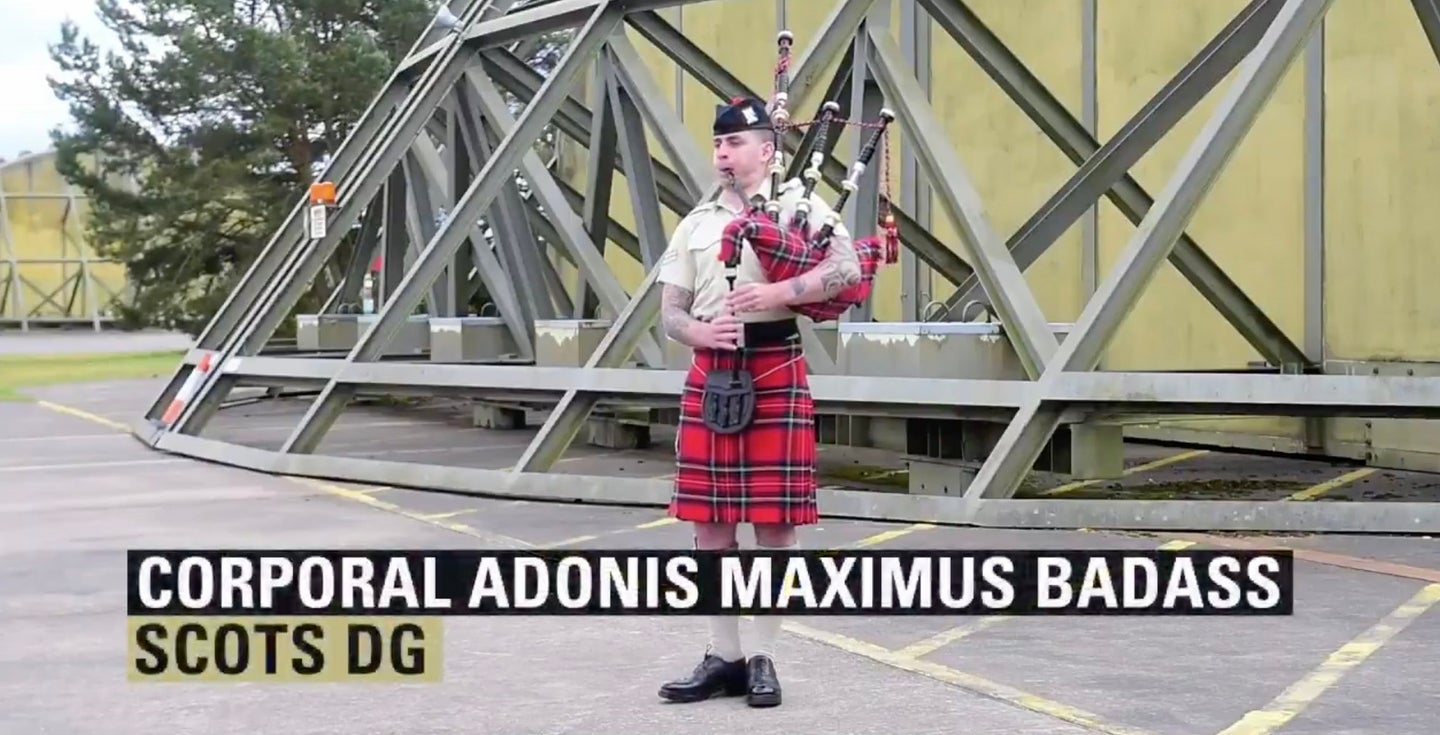 The last thing I expected today as I poured myself a stiff drink — and prepared to skate through the last hour or two of work — was this tweet from Ned Donavan, a British reporter in London.

But by the beard of Zeus, I’m eternally grateful I saw it.

That’s right, somewhere out there within the ranks of the British Army is a corporal with the single greatest name in the history of military service: Adonis Maximus Badass. (And yes, that even takes into account the Capt. Americas, Sgt. Majors, and Maj. Players of the world.)

Let me say that glorious name again, but slower:

Maximus — Latin for “to the max, motherfucker.”

Badass — Well, that one’s self explanatory.

In other words, this guy’s name amounts to Perfect Maximum Badassery.

The screenshot showing this flawless name was pulled from a video shared by the official British Army Twitter account commemorating the forced surrender of the British Army’s Highland Division at Saint-Valery-en-Caux during the Battle of France.

In the video, Adonis Maximus Badass — I simply refuse to use just his last name — can be seen playing the ever-loving shit out of his bagpipes:

#OTD in 1940, the Army's Highland Division was forced to surrender at St Valery-en-Caux, after fighting a gallant retreat across France. Today pipers gather to remember their sacrifice. For about the Battle of France: ? https://t.co/bQgj6nY7sH #WeWillRememberThem #StValery80 pic.twitter.com/susR3msG2U

Now, all too often the internet spews forth a disgusting stream of hate, ignorance, and crossfit videos — seriously, nobody cares that you’re working out and like to play with kettlebells — but every once in a while it coughs up something amazing, like some god-touched hairball onto the rug that is humanity.

Today, that was a name, and that name was Adonis Maximus Badass.