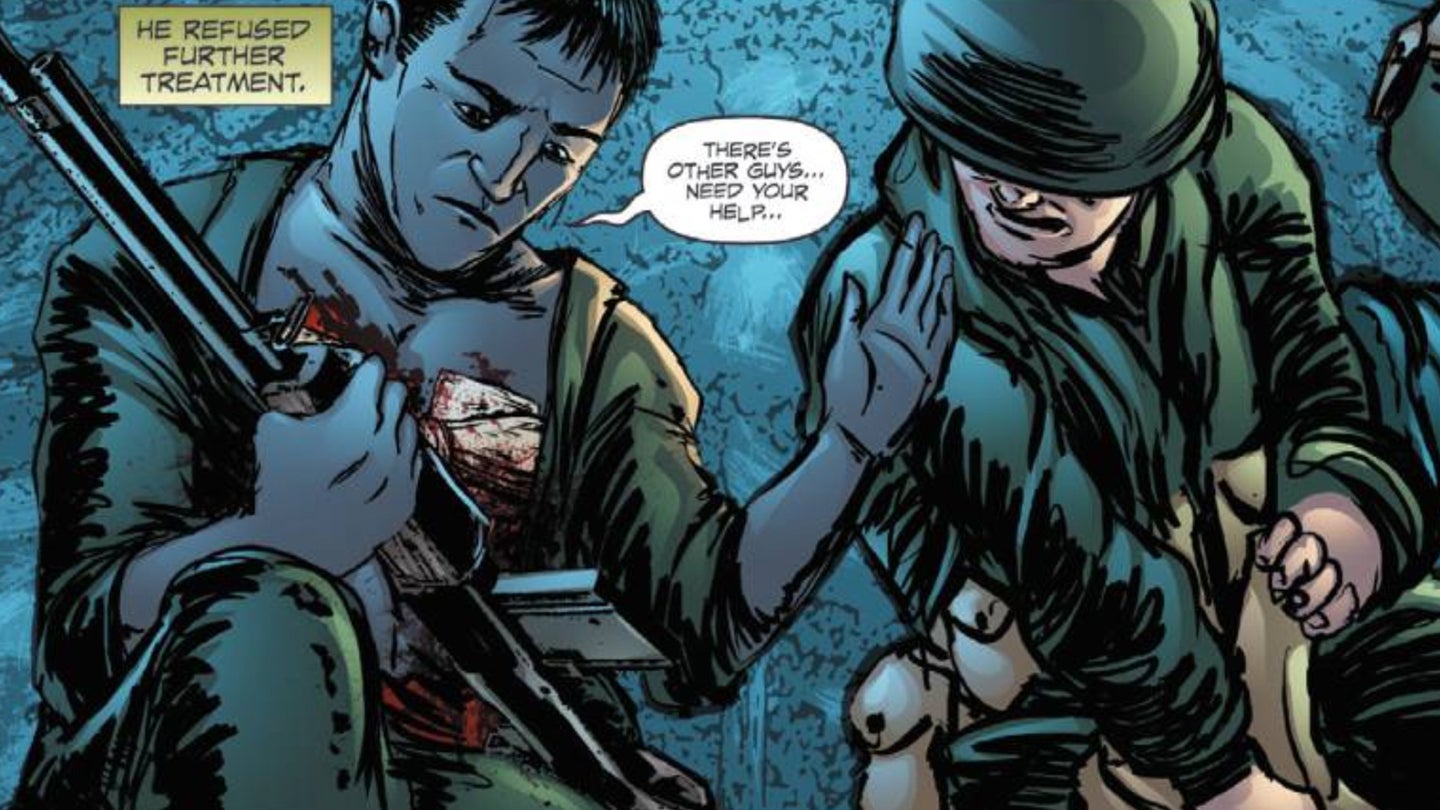 A new graphic novel tells the story of Cpl. Mitchell Red Cloud Jr., a Marine-turned-soldier who fought until his dying breath to save his men during the Korean War, and was posthumously awarded the Medal of Honor.

Red Cloud, a Native American of the Ho-Chunk tribe in Wisconsin, originally enlisted in the Marine Corps at 16 years old, according to the latest graphic novel from Association of the U.S. Army. After Pearl Harbor was attacked in December 1941, Red Cloud went to war as a Marine Raider.

An Army release says he served on Guadalcalan and Okinawa; the new graphic novel says he received a Purple Heart as a result of “a round to the shoulder.” He left the service as a sergeant after World War II and returned home, got married and started a family.

But in 1948, Red Cloud enlisted again — this time as an infantryman in the U.S. Army.

Two years later, he was back in combat, now with E Company, 19th Infantry Regiment, 24th Infantry Division. His unit was “at the tip of the spear,” according to the comic, “taking prisoners and herding the North Koreans toward the Yalu River.”

On the night of Nov. 5, 1950, Red Cloud and his unit were positioned on a ridge in North Korea and he was manning a listening post, armed with a Browning Automatic Rifle. In the dead of night, the graphic novel says, Chinese soldiers advanced on their position following the telephone land lines. They surprised the sleeping American soldiers — that is, except for Red Cloud.

Red Cloud alerted his company to the attack just as a group of Chinese soldiers “burst suddenly from brush about 100 feet away and rushed him,” according to the Army. He “sprang up and with his rifle poured intense and accurate fire into the onrushing enemy.”

His counter-attack on the Chinese brought a stop to their initial attack, but left him with two gunshot wounds in the chest. Upon another assault, he was shot yet again, but refused medical attention, and insisted on staying behind so that he could cover his soldiers as they withdrew.

As the enemy regrouped, Red Cloud’s company pulled back. When his men cast a final look behind them, the graphic novel says, they saw Red Cloud moving to another defensive position. It was the last time they would see him alive: Wounded and outnumbered, but carrying on the fight.

Due to his injuries, Red Cloud wrapped an arm around a tree to help him stand and opened fire on the enemy as they advanced once again. The next day, when the battle was over, the soldiers went back to look for Red Cloud and found him dead, having been shot eight times. He was surrounded by the bodies of enemy soldiers who reached his position, but were stopped from going any further.

In recognition of his selfless heroism, he was posthumously awarded the Medal of Honor, which his mother received on his behalf in April 1951. Red Cloud’s heroic actions “stopped the enemy from overrunning his company’s position and gained time for reorganization and evacuation of the wounded,” reads his Medal of Honor citation.

“Cpl. Red Cloud’s dauntless courage and gallant self-sacrifice reflects the highest credit upon himself,” the citation says. “And upholds the esteemed traditions of the U.S. Army.”

The Medal of Honor Graphic Novel for Cpl. Mitchell Red Cloud Jr. can be read in its entirety below, or viewed online via the Association for the United States Army.