Soldiers are smoking a whole lot more weed if they happen to be stationed in or near a state where it's legal, and the Army has definitely noticed! 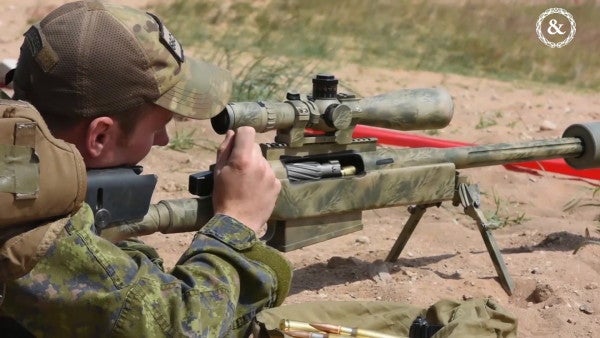 Soldiers are smoking a whole lot more weed if they happen to be stationed in or near a state where it's legal, and the Army has definitely noticed.

At nine Army bases in or near marijuana-friendly states, there has been a roughly 18% increase between 2017 and 2018 in positive drug tests for THC, or tetrahydrocannabinol, the principal psychoactive component in cannabis. For comparison, there has been a 5% increase in soldiers testing positive for THC across the entire Army.

The statistics come from the Army Crime Report for Fiscal Year 2018, a non-public document published in Sept. that highlights criminal activity in the service and gives commanders' tips on how to address it. Task & Purpose obtained a copy of the document last week.

“This internal document is a crime reduction tool which includes actionable recommendations to enhance good order and discipline through learning points, real-life vignette and standardized crime statistics,” Lt. Col. Manny Ortiz, an Army spokesman, said in a statement. “Commanders, senior leaders and program managers can use these recommendations to focus their efforts on crime prevention that will assist them with preserving readiness in their organizations.”

As the report notes, the Army studied the effects or marijuana legalization and whether it correlated with an upward trend in drug pops over the past several years. More specifically, it looked at nine bases in or near Alaska, California, Colorado, Maine, Massachusetts, Michigan, Nevada, Oregon, Vermont, Washington, and the District of Columbia — and it found, perhaps not surprisingly, that more soldiers in those locations have opted to to go green, if you will.

Cypress Hill – Hits from the Bong

“Current data suggests that decriminalization and legalization of marijuana may be beginning to show signs of impacting Army readiness, but the effects are not localized to the states where legalization has occurred,” the report says.

After looking to those nine bases and seeing a marked increase in pot use among soldiers, the Army concluded that “ready access, social acceptance, and removal of the barrier of locating and working with a 'drug dealer' is having an impact on Army law enforcement,” according to the report, adding that civilians entering bases are “more likely” to be found with drug paraphernalia, despite it being against federal law.

Overall, drug crime in the Army has been going down since 2011, but that hasn't been the case for marijuana and cocaine use, which have increased over the past three years. The report also noted that just over 1% of active-duty soldiers (4,516) tested positive for some form of illegal or illicit drug use in 2018, an increase from .82% testing positive in 2016.

The Army also investigated 11 soldier deaths by heroin and/or fentanyl overdose in 2018, though the report cautioned this did not signal an increase in positive test rates for those drugs.

“Rather,” the report says, “it clearly indicates the incredible potency of heroin and fentanyl-laced heroin supplies entering the U.S. Today, the use of heroin is analogous to playing 'Russian Roulette' with a loaded weapon.”

Marijuana is still illegal at the federal level, so U.S. Army soldiers caught hitting the bong still face disciplinary action if caught. Still, if that happens, there's always our friendly neighbor to the north.