It’s time to reform the zero-tolerance policy for marijuana use in the military. 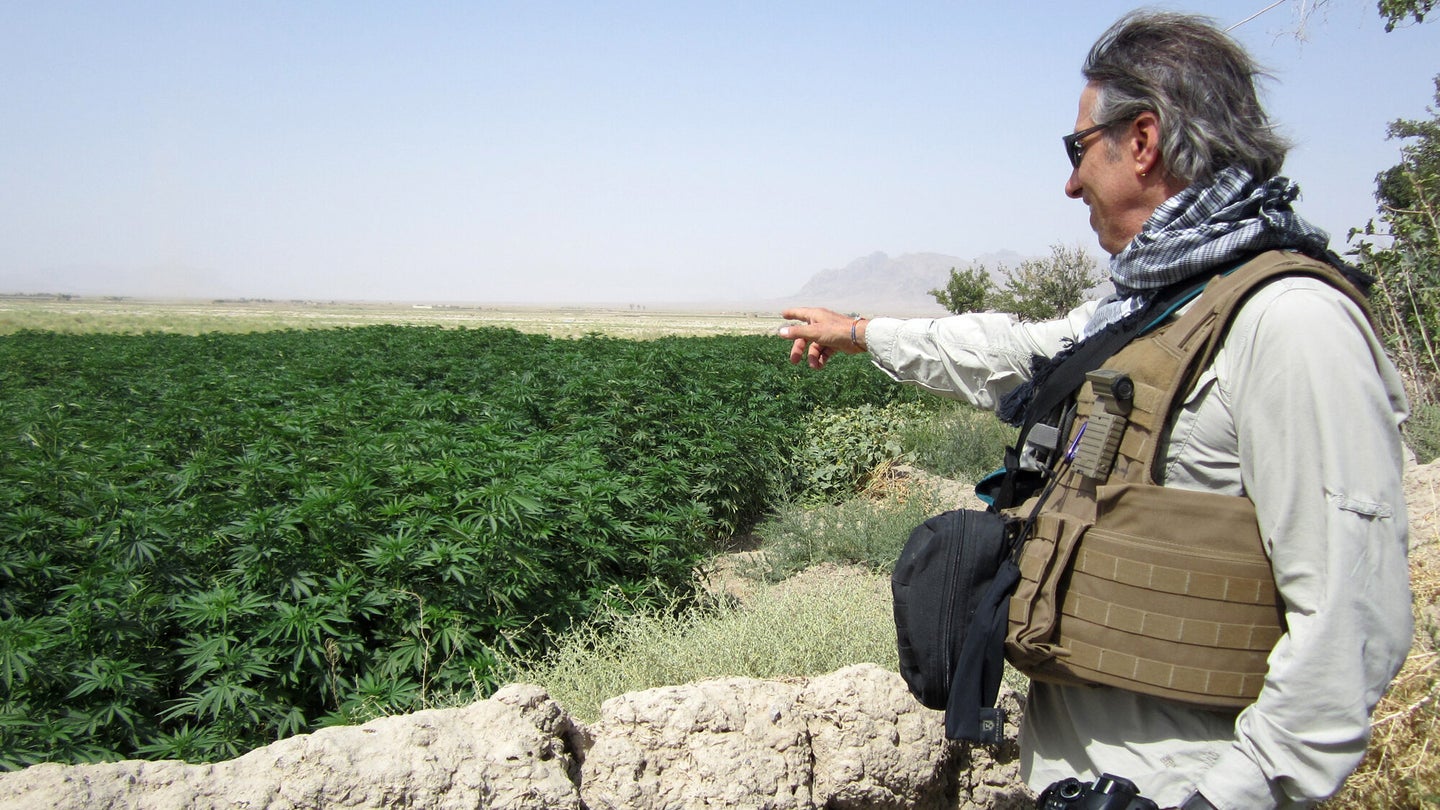 Steve Tavella, a field program officer for the U.S. Agency for International Development, surveys a field of cannabis (marijuana) near the village of Haji Nikal, Afghanistan, July 22, 2012. USAID focuses on projects such as providing assistance and resources for legal crop production to the Afghan people.
SHARE

Americans’ attitudes toward marijuana are changing across the country. With four more states joining the fold in November, 15 states and Washington, D.C. have now legalized marijuana for recreational use, and 34 states allow its use for medical reasons. More recently, the House of Representatives voted to decriminalize marijuana at the federal level, although the bill failed in the Senate. Given the disastrous consequences of the war on drugs both in the U.S. and abroad, this shift is unsurprising and long overdue.

There  continues to be, however, a zero-tolerance policy in the military regarding marijuana, and thousands of uniformed service members are discharged each year for  failing randomly administered drug tests. The government’s stance on marijuana as a controlled substance may not change anytime soon. But there is a better way for military leaders than zero-tolerance by transitioning to a more measured response to marijuana use among service members.

For men and women in uniform, drug use is governed by a single article of the Uniform Code of Military Justice, which imposes a maximum penalty of dishonorable discharge and two years of confinement for anyone who “wrongfully uses, possesses, manufactures, distributes,” or “imports” any controlled substance including opium, cocaine, heroin, methamphetamine, and marijuana. In reality, a positive test for a drug like marijuana often leads to an immediate separation from the military.

Related: Canadian troops were going to fire artillery. Then they got high

The UCMJ’s direction here, however, is woefully limited. Should using marijuana once be considered a crime tantamount to distributing cocaine or manufacturing meth? Given that most states recognize the medical benefits of marijuana, it’s illogical to consider that all drugs on the federal controlled substance list are equally harmful and should be treated under a single law. An 18-year-old who smokes a joint because of a lapse in judgment is no Walter White, after all.

More importantly, it makes little sense to lump “drugs” into a single category while making separate, more lenient allowances for alcohol. Though military culture may not like to admit it, alcohol is a drug, one I contend is far more harmful than marijuana. A recent study from the National Institute on Alcohol Abuse and Alcoholism found that “frequent heavy drinking, defined as consuming five or more drinks on one or more occasions per week, occurs among a substantial proportion of U.S. military personnel,” and that “young adults in the military are more likely than their civilian counterparts to engage in heavy drinking.”

Like many of my fellow service members, during my five years in the Navy I repeatedly witnessed how alcohol use can destroy sailors’ careers and families and impact a unit’s morale. American service members stationed in Japan, for example, have earned a reputation for their drunken escapades, many of which have had deadly consequences for civilian bystanders. Aboard deployed Navy warships, rest stops at foreign ports are largely seen as opportunities to drink among the crew, the average age of which is rarely above the mid-twenties.

The military community’s acceptance of drinking as a pastime and its zero-tolerance policy toward marijuana use stand in stark contradiction to one another.

I have personally seen Navy chief petty officers, men with at least 15 years of service to their name, go to jail and later stand in front of their captain for crashing their car or pulling a gun on someone while drunk. I have never heard of a sailor, or indeed anyone, doing anything similar because they had smoked a joint. After having served five years as a commissioned officer aboard warships, I seriously question whether our attitudes toward alcohol and marijuana aren’t entirely misguided.

The federal government’s policy towards the drug notwithstanding, isn’t there a better way for the military to deal with marijuana use among its ranks? It is not surprising that service members, many barely out of high school, will make mistakes and use what is, in truth, a drug that is widely prevalent among young people. That the punishment for such an offense should be an immediate and unquestioned discharge from the military seems unusually harsh.

In the Navy, for example, sailors are allowed one “strike” when it comes to alcohol-related incidents like drunk driving; only a second offense, or “treatment failure,” will lead to a member’s discharge. Why not adopt a similar policy towards marijuana use?

It’s time to reform the zero-tolerance policy for marijuana use in the military.

While we may not see the federal legalization of marijuana any time soon, service members don’t deserve to see their careers ended, and their veteran’s benefits potentially stripped, for a lapse in judgment. Instead, just like with alcohol-related incidents, they should be counseled and recommended for discharge only if they are deemed “treatment failures.” Given the military’s recent woes in manning its own ranks, it is nonsensical to hemorrhage service members who have made a harmless mistake. To show up to one’s unit high or drunk should be considered a serious offense, but to have one positive THC test doesn’t make a service member an irredeemable criminal. Instead of turning their backs on these men and women, perhaps military leaders should seek to rehabilitate them.

The military’s stubborn drug policy remains unchanged in large part because we refuse to talk about it. Indeed, to point out its logical inconsistency would likely draw the unwanted attention of one’s superiors. This is unfortunate, because the reality of marijuana use in American culture is not what it was decades ago. The leaders of the military’s services should pay closer attention to how its zero-tolerance stance is impacting sailors, soldiers, Marines, and airmen. Reforming this policy is not only good for Americans in uniform, but for the strength of the services themselves.

Thibaut Delloue served for five years as a surface warfare officer in the U.S. Navy. He has authored a book about his experience called The Wardroom: An Officer’s Tour at Sea and the Crisis of the U.S. Navy. Learn more at thibautdelloue.com.