It’s Time to Reconsider Trump And Foreign Policy: Maybe He’s On To Something

The powers that be in Congress, the media, DoD bureaucrats, and the traditional think tanks like CNAS might want you to believe that they have a plan to recraft American foreign policy—they don't 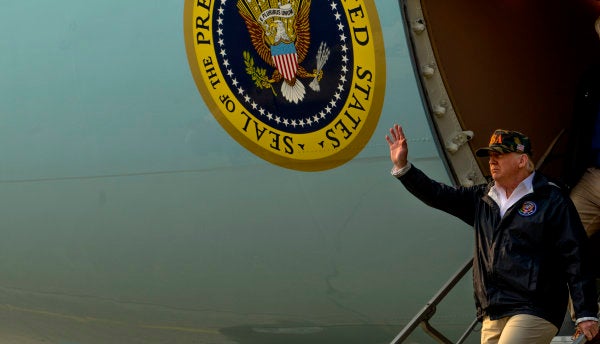 Recently an article at War on the Rocks framed American foreign policy as boiling down to two choices. With the momentous events of the week preceding Christmas 2018—the Syria and Afghanistan withdrawal/downsizing, and Secretary of Defense James Mattis's resignation—this debate became a reality for anyone watching the news as they shopped for or wrapped their presents. But they only saw one side.

We will call that view the majority view. It repackages, but does not fundamentally change, the internationalist foreign policy that has served us so poorly for the last 17 years (some say much longer). This represents the majority view in both the Republican and the Democratic parties. This is the view that scathingly condemned Trump's withdrawal from Syria and downsizing in Afghanistan. The advocates favor some tinkering at the margins of what was current policy– some cyber emphasis here, some “be tough with China about Iran” there. But the “change” advocated was no real switch in any meaningful sense away from a grand strategy of maintaining American hegemony of the sort that has existed since the Cold War ended by using primarily military power.

The second choice—highlighted by Trump's pre-Christmas shockers– is framed this way: “Trump himself represents the second camp, promoting an illiberal, nationalist, and autarkic view of American foreign policy that dismisses long-held assumptions about alliances, free trade, and immigration.”

No one wants that label, right? Well, hidden in the same article is mention of the minority Democrat position, at least as far as foreign policy goes, and it aligns better with leaving the Middle East and distancing (but not leaving) NATO that one finds in the “illiberal” Trump camp than in the majority positions of both parties or of the bulk of the Washington foreign policy “Blob.”

And this is why there is no foreign policy debate inside Washington DC of any substance by Trump's critics. Trump's recent decision to withdraw from Syria is a case in point—on all sides there is a hue and cry against this “ill-advised” action against the advice of advisers and critics alike. Yet no real policy other than “stay the course” is offered in response.

The powers that be in Congress, the media, DoD bureaucrats, and the traditional think tanks like CNAS might want you to believe that they have a plan to recraft American foreign policy—but they don't. They only want to tinker on the margins. “Discuss” our role in NATO, but not do something even as modest as giving the supreme command in NATO to some other member, say France. Or, “rethink” our way to a new “consensus” on our role in the Middle East or vis-à-vis China. Rethink, consensus, discuss—these are all words of moderation and warmth that hide a lack of decisions, a lack of change—a warm blanket around the status quo absent Trump.

As for the Middle East, Andrew Bacevich is right. If there was a foreign policy restructuring by either party to move away from the US's illogical “Middle East First, Last and Always” tilt, then they would have asked for Mattis's resignation long ago. They would have howled for it. Instead he is lauded as one of the few sensible persons still working for Trump. And now he, too, is gone with howls of “Après Mattis le Deluge.”

Seen any flooding yet?

Mattis earned the big bucks for giving the muscle to US foreign policy overseas with the world's most expensive military. What did he have to offer on that score?

None of these sounds sensible to me. One reason he stayed around so long is that Trump hired fellow-traveler John Bolton to hold down the National Security Advisor portfolio and I suspect Bolton has provided Mattis what we in the military refer to as “supporting fires.” Also, for two years Mattis kept the policy status quo in place against a restive and mercurial president.

If Trump were not so illiberal on so many domestic issues, the Democrats might worry that he might be able to co-opt their party's so-called “progressive wing,” which shares some of his views on American engagement overseas. But he won't precisely because of his illiberal domestic agenda, which is far more important to progressives. The only changes in foreign policy will continue to emanate from the White House, not from the majority consensus that exists among the two main political parties.

Dr. John T. Kuehn has taught at the U.S. Army Command and General Staff College since July 2000, retiring from the US Navy in 2004. He is the author of Agents of Innovation (2008), Eyewitness Pacific Theater (2008, with D.M. Giangreco), A Military History of Japan (2014), Napoleonic Warfare (2015), and America's First General Staff (2017). The views expressed here are those of the author and do not reflect the official policy or position of the Department of the Army, Department of Defense, or the U.S. Government.