The first combat wounded veteran to get a penis transplant shares his story: ‘It was one of the best decisions I ever made’ 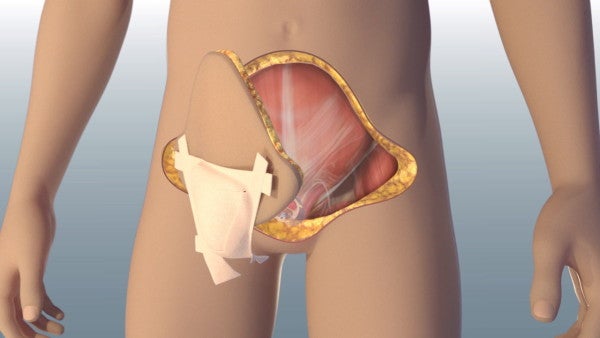 The Oct. 14 article by Technology Review's Andrew Zaleski includes an interview with a combat-wounded Navy Corpsman — identified only as “Ray” in the story — who was injured by an IED blast in 2010 while on patrol in Afghanistan. When the IED exploded directly under Ray's feet, it flipped him upside down, and cost him both his legs, as well as his penis and scrotum, and left him with a U-shaped chunk missing from his abdominal wall.

The extent of Ray's injuries were known to very few people until now, but they're not as uncommon as one might think. Consider our most recent wars in Iraq and Afghanistan, and the near-constant threat of roadside bombs and buried IEDs which explode from below causing catastrophic damage.

According to Technology Review, as many as 1,367 service members suffered genital injuries in Iraq and Afghanistan between 2001 and 2013. (When the Marine Corps started issuing “combat diapers” to us during a deployment to Kajaki, Afghanistan in 2011, I remember guys cracking jokes and making fun of the awkward and uncomfortable Kevlar panties, until someone pointed out that we were more likely to get blown up than shot.)

For years, it seemed that the only treatment available to Ray, and those with similar injuries, was a phalloplasty: which is a tube of tissue, nerve endings, and blood vessels taken from elsewhere — usually the forearm or thigh — and transplanted to the groin to create a penis that requires an external pump to become erect. Ray decided to hold off, pinning his hopes on a revolutionary procedure: A penis transplant.

In April 2018, he got the call from his doctor, Richard Redett, at Johns Hopkins Hospital in Baltimore: They had a donor.

The 14-hour procedure was incredibly complicated, and in Ray's case involved a team of nine plastic surgeons and two urological surgeons grafting the entire penis, scrotum without testicles, and partial abdominal wall from a deceased donor onto Ray, but it was a complete success. It took six months for the nerves to begin firing, but aspects of his daily life which he'd once accepted as lost to him — like the ability to pee standing up, or to have an erection — have been restored.

“I don't regret it,” Ray told Technology Review. “It was one of the best decisions I ever made.”

While Ray doesn't hide his prosthetic legs, he keeps the details of his injuries, and his recent surgery, close to the vest.

“It may not necessarily be that people are going to say bad things about it,” he told Technology Review. “But it's just one of those things. It's a private thing.”

Despite the potential criticisms from those who don't see the procedure as critical, or life-altering, Ray stressed that, for him, it absolutely was.

“This surgery was a way for me to overcome that little subconscious voice or whatever it was that would always keep me feeling different from everyone else,” he said. “It was one of those injuries that really stresses you out and you think, 'Why would I keep going?' I guess I always just kept this real hope that there's an answer out there.”