Decades after hellish ‘Black Hawk Down’ battle, 60 special operators will have their awards upgraded 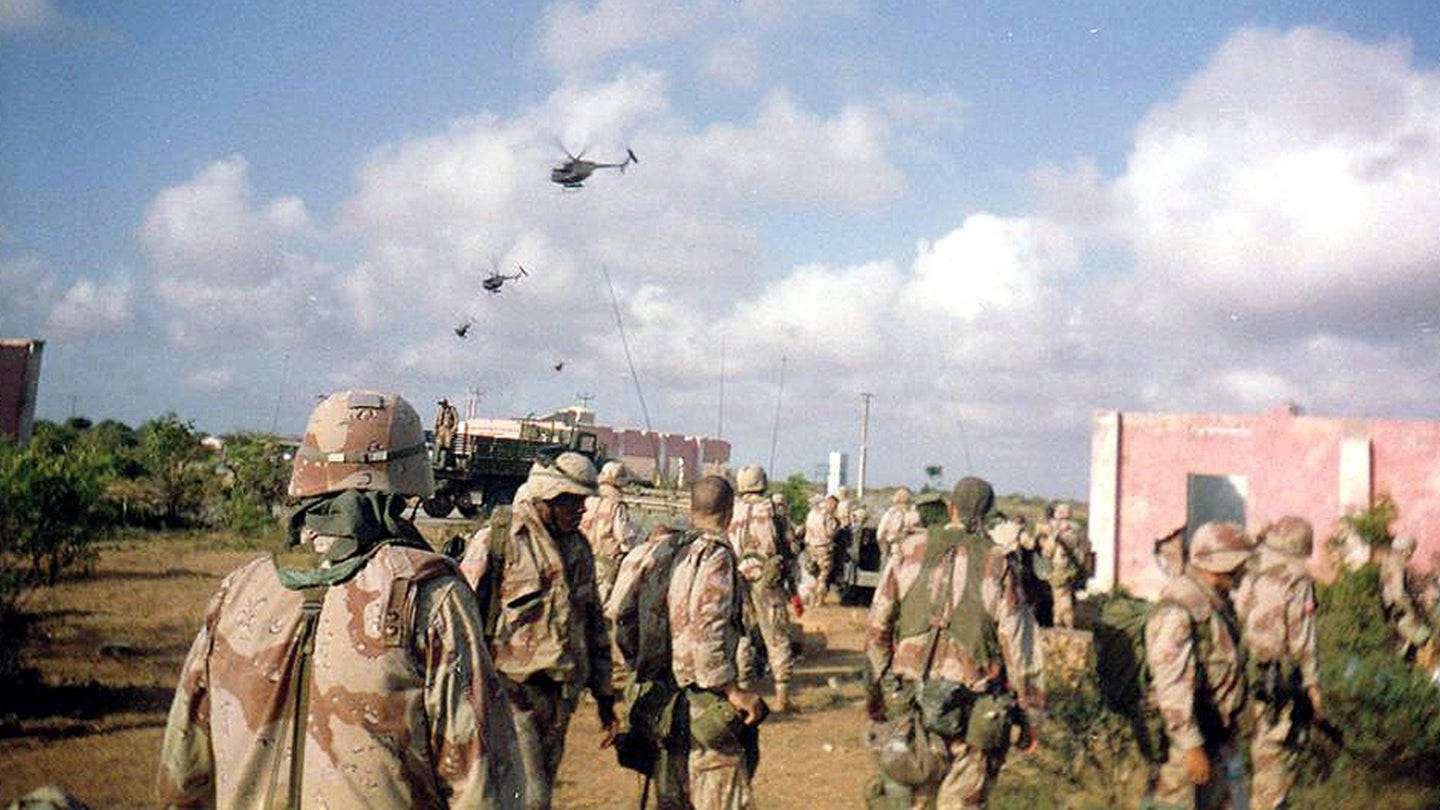 Sixty Army special operators who fought in the Battle of Mogadishu 28 years ago are having awards they’d previously received for their heroic actions upgraded to Silver Stars and Distinguished Flying Crosses.

According to an Army release on Thursday, 58 operators will receive the Silver Star, the military’s third-highest award to recognize heroism during combat, and two operators will receive the Distinguished Flying Cross, awarded for heroism or extraordinary achievement during an aerial flight. The awards are for their actions during Operation Gothic Serpent, commonly known as the Battle of Mogadishu, or “Black Hawk Down,” the latter of which gained widespread use following the release of the 2002 war movie of the same name.

The upgrades are a result of a directive from former Army Secretary Ryan McCarthy in October 2020, who ordered the Senior Army Decorations Board to re-evaluate the awards.

Operation Gothic Serpent was led by special operations forces in Mogadishu, Somalia, from August to October in 1993. On Oct. 3, soldiers with the Army’s 75th Ranger Regiment and 1st Special Forces Operational Detachment-Delta went into Mogadishu with the seemingly simple mission of capturing the top lieutenants of Mohammed Farrah Aidid, a Somali warlord.

“They estimated it would take 30 minutes to 45 minutes to conduct the raid,” journalist Mark Bowden, who reported on the battle and whose book was turned into the blockbuster film Black Hawk Down, told NPR. “But things did not go well.”

Not long into the mission, two MH-60 Black Hawk helicopters were shot down by armed militants. A raid that was meant to take less than an hour turned into a harrowing, 15-hour long running battle through the city as U.S. forces worked to get the downed soldiers out. Ultimately, 18 soldiers were lost in the fight and dozens more were injured.

The events had a significant impact on Americans back home as well, as “the same news networks that broadcast the start of the peaceful humanitarian mission less than a year earlier now ran horrific footage of Aidid supporters desecrating the corpses of U.S. soldiers,” NPR reported.

Two of the soldiers who were killed in battle, Master Sgt. Gary Gordon and Sgt. 1st Class Randall Shughart, were both posthumously awarded the Medal of Honor. Gordon and Shughart, Delta snipers, were providing suppressive fire at the second crash site from a helicopter when they learned ground forces were unable to secure the site; according to their citations, they “unhesitatingly volunteered” to be inserted into the battle to protect the four wounded soldiers on the ground. Their first two requests to do so were denied, but on their third request they were approved to “perform this volunteer mission.”

The two fought to protect the downed soldiers, eventually running “critically low” on ammunition. Shughart traveled the perimeter around the downed helicopter, working to protect the crew before he was fatally wounded, his citation says. After losing Shughart, Gordon gathered a rifle and five rounds of ammunition; he gave it to the pilot, told him “good luck,” and continued to fight militants with only his pistol before he was ultimately killed.

Thursday’s release says the upgraded awards will be presented later this year, which marks the 28th anniversary of the Battle of Mogadishu, in separate ceremonies held by the units that the soldiers were in at the time of the mission.