"This is not a badge to award so that the entire Army now has an 'expert' badge to wear," TRADOC Command Sgt. Maj. Guden said. 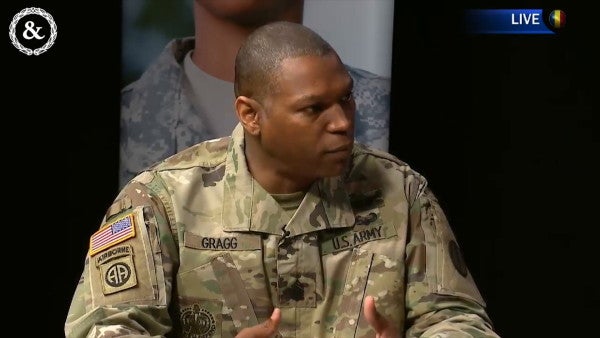 The Army will soon have a new badge available to soldiers, but only those that have mastered “the art of soldiering.”

The Expert Soldier Badge “will test a soldier's proficiency in physical fitness, marksmanship, land navigation and other critical skills, and demonstrates a mastery of the art of soldiering,” an Army press release says.

It's the equivalent of the Expert Infantry Badge (EIB) and Expert Field Medical Badge (EFMB), and available to everyone who is not an infantryman, combat medic, or Special Forces soldier.

The badge was originally named the Expert Action Badge and faced pushback from soldiers who saw it as a participation trophy, a response the Army swiftly dismissed.

The anticipated design of the ESB. (U.S. Army photo)

To qualify for the ESB test, soldiers must be recommended by their chain of command, pass the new Army Combat Fitness Test, and qualify as an “Expert” on the M4/M16 rifle.

The test itself includes another “another ACFT, day and night land navigation, individual testing stations, and culminates with a 12-mile foot march.”

The brigade commander will choose the tasks from the unit's mission essential task list.

Standards for the badge are not going to be adjusted for age or gender, the release says. The standards and regulations of the badge will be finalized this September, and will start being available in early fiscal year 2020, which starts in October.

“The ESB is all about increasing the readiness of our Army,” TRADOC Command Sgt. Maj. Timothy Guden said in the release. “This is not a badge to award so that the entire Army now has an 'expert' badge to wear. … [T]his is a badge to award to those who truly deserve recognition as an expert in their career field; for those who have achieved a high level of competence and excellence in their profession.”

WATCH NEXT: Climb To Glory