"A soldier has to do what he has to do." 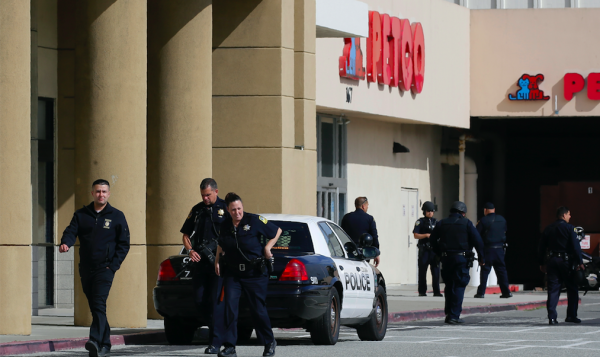 Two soldiers who work at a recruiting office in a California mall ran to the aid of two young boys who were shot on Tuesday.

Police were still looking for the suspects, which Police Chief Ed Barberini described as “young males,” the Oakland, California Fox affiliate, KTVU reported. Barberini was unsure of the relationship between the possible gunmen and the two victims — a 16- and 12-year-old boy.

Staff Sgt. Isaiah Locklear said the 16-year-old was “laying on the floor” at the Shops of Tanforan mall and saying he didn't want to die.

“That really hit me,” Locklear told KTVU. “He didn't want to die. I was telling him he wasn't going to die. I said I was going to stick with him through it.”

Another Staff Sgt. rushed to the aid of the 12-year-old victim, who was shot in the leg. Zuckerberg San Francisco General Hospital spokesman Brent Andrew told the station that there were two teenage boys hit by gunfire being treated; one was in serious condition, and the other was critical.

“A soldier has to do what he has to do,” Locklear said.

SEE ALSO: The Airman Who Gave His Life To Warn Others Of Insider Attack