Biden: America’s war in Afghanistan isn’t a total failure — yet 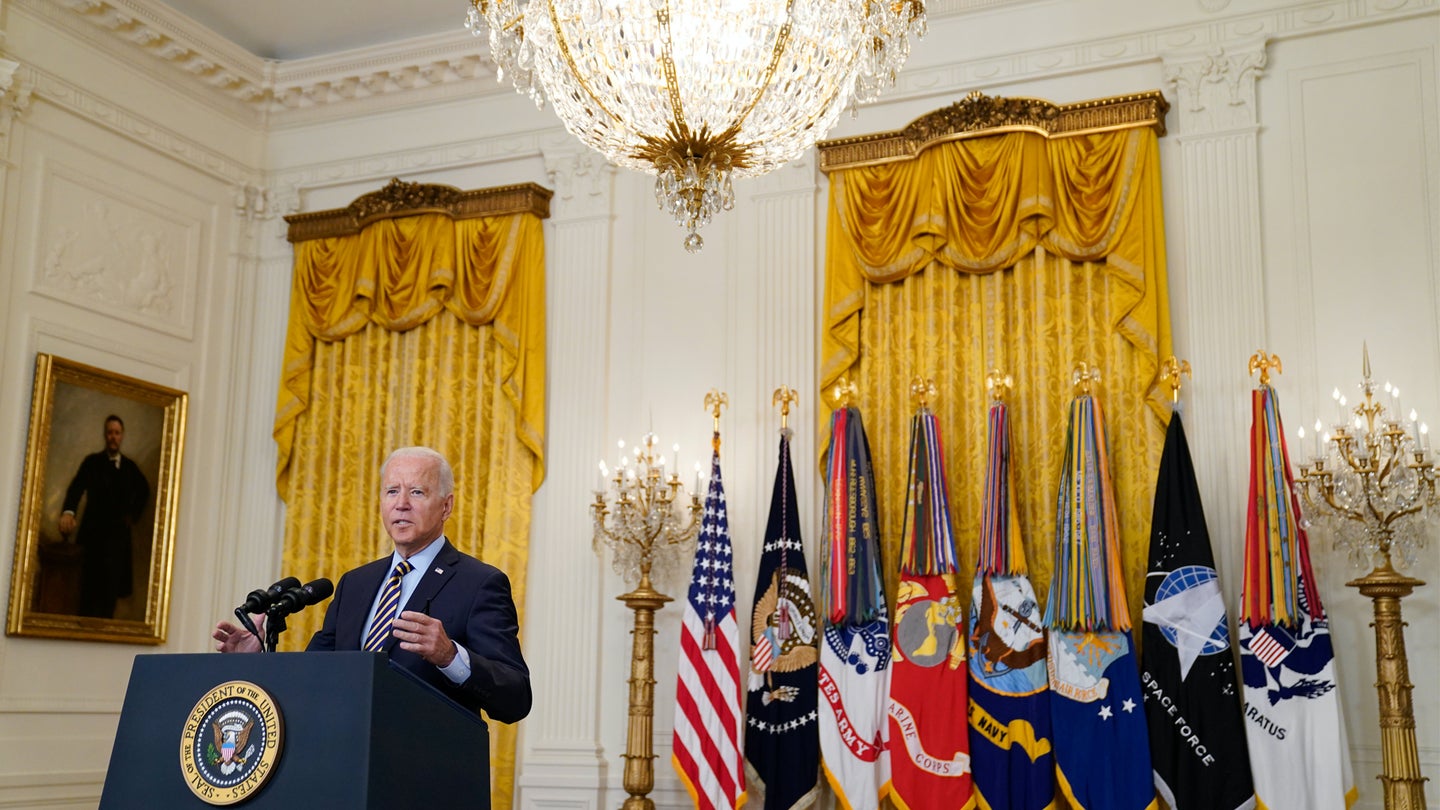 President Joe Biden acknowledged on Thursday that there would be “no ‘mission accomplished’” moment for the war in Afghanistan while claiming the U.S. had met the objectives it set out to meet when it got there in 2001.

“We went for two reasons,” Biden said during a press conference at the White House when he was asked whether the last two decades of war were worth it.

“One, to bring Osama bin Laden to the gates of hell as I said at the time. The second reason was to eliminate al Qaeda’s capacity to deal with more attacks on the United States from that territory. We accomplished both of those objectives. Period. That’s what I believed from the beginning — why we should have gone to Afghanistan. That job had been over for some time, and that’s why I believe this was the right decision and quite frankly, overdue.”

Biden later added there is “no ‘mission accomplished,’” but then said the “mission was accomplished in that we got Osama bin Laden and terrorism is not emanating from that part of the world.”

Biden further confused things when asked by a reporter if corruption within the Afghan government contributed “to this mission failing there.”

The withdrawal from Afghanistan is nearing a close. Biden said it’s expected to be completed by Aug. 31, though two U.S. officials recently told Politico that the withdrawal “is over, for all intents and purposes.” Biden’s remarks and the Politico report came just days after it was reported that the last of the U.S. troops officially, and abruptly, left Bagram Airfield, the military’s main hub in Afghanistan.

The prognosis for the future of Afghanistan is a grim one. John Kirby, a spokesman for the Pentagon, said on Thursday the Taliban has “taken dozens of district centers” in Afghanistan and the Defense Department believes the Taliban intends to “threaten provincial centers as well.” Gen. Austin Miller, commander of the U.S.-led mission in Afghanistan, said last week that the military is seeing a “rapid loss of district centers” to the Taliban, which the New York Times reported has “only served to demoralize the Afghan security forces.”

While some level of hope — however slim, misplaced, or performative it may be — seems to still exist in Washington, D.C., Miller wasn’t quite as optimistic last week, saying civil war in Afghanistan “is certainly a path that can be visualized if it continues on the trajectory it’s on.”

“That should be a concern for the world,” he said.