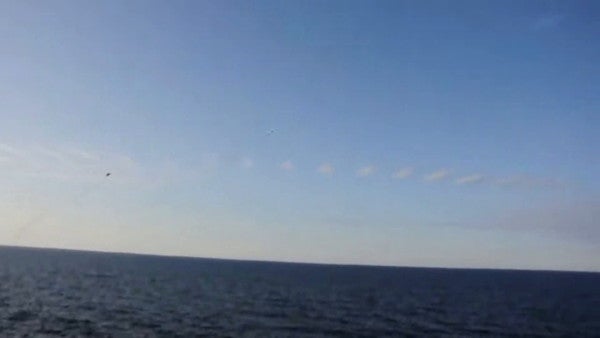 U.S. officials believe the incident, which occurred in August, was part of a pattern of harassment within Russia of U.S. officials working under diplomatic protection, the paper reported November 2.

A Pentagon spokeswoman confirmed that a U.S. military official had to be urgently evacuated from Russia, but did not confirm the reported delay, or give any further details.

According to the Times, a medical evacuation flight had been arranged to bring the sick U.S. military attache to hospital in Germany.

But the flight's departure from a Moscow airport was delayed without explanation by Russian officials. The Times said both embassy and State Department officials protested the hold-up. After an unspecified period of time — which the Times described as “hours” — the plane was allowed to leave.

In a statement to the Times, Russia's Foreign Ministry downplayed the incident and denied intentionally delaying the flight.

In 2015, two U.S. officials traveling to St. Petersburg on diplomatic passports were drugged while attending a conference. One of them was hospitalized and had to be flown out of Russia for treatment.

In 2016, a U.S. official working in Moscow under diplomatic cover was tackled and injured by a Russian security service guard outside the U.S. Embassy. The unidentified official suffered a broken shoulder and was later flown out of the country.

For their part, Russian officials have also lodged similar complaints about its personnel, and relatives, being harassed by the FBI and U.S. law enforcement.

The incident with the medical flight occurred weeks after U.S. officials publicly complained that more than two dozen teachers at a Moscow school operated by the U.S. and British embassies were denied work visas for the new school year. The U.S. Embassy accused Russia of using schoolchildren as “pawns in a diplomatic dispute.”