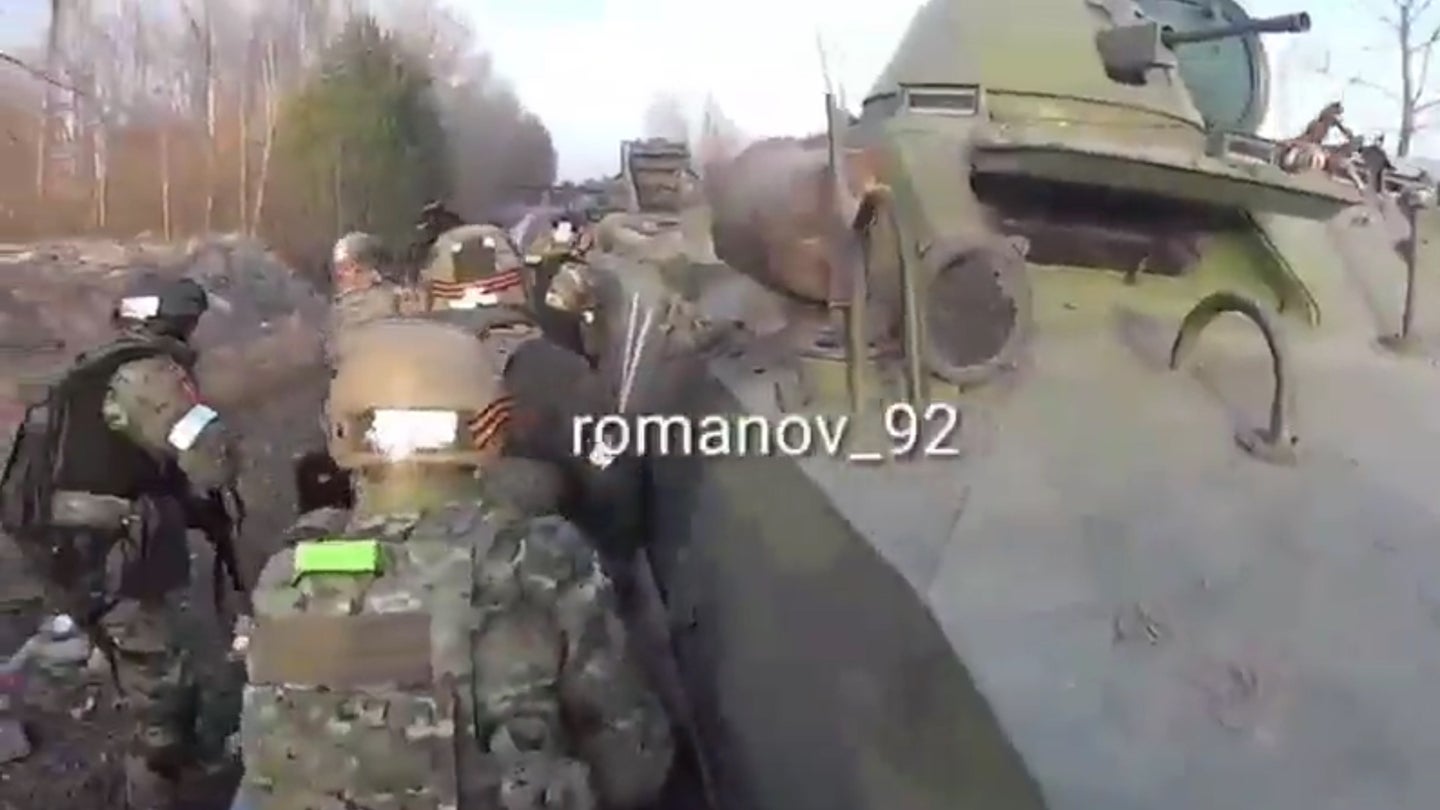 It’s an unavoidable fact of warfare that you will eventually end up on the defensive, and because of that, there are well-known and firmly established ways to respond to an ambush. In other words, there is a right way and a wrong way.

This is what the Army says in its Battle Drill for reacting to a far ambush:

Then there is this:

The video, which was originally published on Telegram, appears to show Russian troops dismounting from a column of vehicles while under fire. Contrary to how U.S. troops respond to an ambush, the soldiers in the clip take a very different approach. There is little, if any, return fire and few of the soldiers take up covered positions. If there’s a leader present, he doesn’t appear to be identifying the enemy’s location. And while it’s a short video, the Russian soldiers don’t seem to be in any hurry to move out and “destroy the enemy,” as U.S. forces might. In short, it’s a clusterfuck.

There are, of course, some caveats. While the Russian invasion of Ukraine has been extensively documented in photos, video, social media posts and news articles, it’s also been replete with false stories and misinformation. From the urban legend of the “Ghost of Kyiv” to the videos of Ukrainian farmers absconding with abandoned Russian armored vehicles to the last stand of Snake Island, it’s hard to know what is real and what is part of the complicated information war being waged.

The vehicles seen in the video all carry a “V” symbol, which, like the “Z” symbol seen elsewhere, may represent one of Russia’s avenues of advance into Ukraine. Some have identified the troops as part of the Rosgvardia, Russia’s National Guard and security force. However, this cannot be confirmed.

But, as with a photo of a squad of Russian soldiers seemingly trapped in an elevator, we can analyze what we see, and in this case, it isn’t good.

The video starts with a number of troops in a lackadaisical retreat from a truck to an armored vehicle. At least a couple of people are in the prone position, aiming under one of the trucks, but there doesn’t appear to be anyone actually returning fire.

“That’s a goat rope,” said one Marine who served in Marine Forces Special Operations Command from 2006-2018.

“Just seeing how they’re handling their weapons, you know that nobody knows what they are doing,” said the MARSOC Marine. “If you are going to pull back from one vehicle to another, where is the base of fire? Where is the maneuver element?”

Going from a bad situation to an even worse one, this squad then finds itself bunched up and wedged between an armored vehicle and the guardrail on the side of the road. Granted, a firefight is a chaotic environment, but you don’t even need to have graduated from basic training to understand that it’s always better to spread out — or “maintain dispersion,” as every veteran of Iraq and Afghanistan was told countless times before and during their deployments.

That armored personnel carrier could be of some use, but it doesn’t seem to be doing much of anything. And given the number of anti-tank weapons flowing into Ukraine, having an entire squad huddle directly behind one might not be the best idea for cover and concealment.

“From the Ukrainian perspective that’s a perfect target because they are so bunched up,” said the MARSOC Marine. “If they hit that BMP it’s bad news.”

In the video, the Russian troops continue their disorderly withdrawal further down an embankment, although there doesn’t appear to be anyone really ordering them where to position themselves. Really, there doesn’t seem to be any semblance of leadership or command and control.

“When an ambush is initiated, the best way out is to assault through,” said the MARSOC Marine. “They could be trying to maneuver further down the road and then assault across, but they look like they don’t even know basic infantry tactics.”

We’ve seen some pretty shoddy weapons discipline from Russian soldiers before, and this video appears to be no exception. In fact, it might be a good thing that these troops don’t appear to be returning fire given how often they are pointing their rifles at each other.

In short, these troops are a “No Go” at basically every aspect of reacting to contact. They may appear to be well-equipped, but the optics on your rifle don’t really matter if you don’t know where to point and shoot.

As one reply to Task & Purpose read, “I have seen paintball teams with more tactical sense than this.”

Or, in the words of a MARSOC Marine, “Buffoonish.”