I’m not a G2 guy, but I feel like I’d remember receiving “$68,000 in fees and expenses from Russia-related entities... 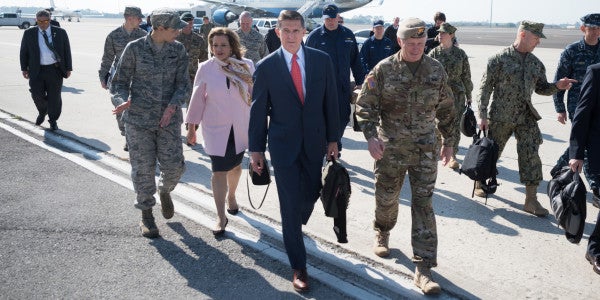 I’m not a G2 guy, but I feel like I’d remember receiving “$68,000 in fees and expenses from Russia-related entities in 2015,” including $11,250 from a cybersecurity firm rumored to be connected to U.S. election hacking. Of course, I’m not Mike Flynn, either.

On Thursday, the Washington Post and Wall Street Journal released details of previously undisclosed payments by several Russian companies to Flynn, the retired lieutenant general who lasted just 24 days as President Donald Trump’s national security adviser before resigning over shifty answers about his pre-inauguration contacts with Russia’s ambassador to the United States.

All told, Flynn was reportedly paid:

The Post also published documents backing up the payments, including an email trail that showed RT and Flynn’s staff haggling over his fee for the Russia trip; the final agreed cost was lower than the general’s initial asking price.

Flynn is pictured at left with Putin at RT's 10th anniversary gala in Moscow in this Kremlin file photo.

All that’s in addition to $530,000 Flynn’s security firm collected last year to do lobbying work that may have benefited the government of Turkey, all while he was working as an adviser on Trump’s presidential campaign. Those payments only came to light after investigators earlier this month encouraged Flynn to register his previous work as a foreign agent.

Neither Flynn nor representatives of Volga-Dnieper Airlines explained that payment to reporters. A representative of Kaspersky Lab told the Post that their payment was for a speech Flynn gave at a 2015 security conference in Washington. Late last year, a senior Kaspersky Lab technician and Russian ex-cyber cop was arrested in Moscow for treason; U.S. intelligence sources have suggested to reporters that the arrest, and the firm, are connected to U.S. election hacking they believe was done by Russia. The lab’s founder, Eugene Kaspersky, was educated at a KGB-run institute and reportedly shares firm data with the Russian government.

“I didn’t take any money from Russia, if that’s what you’re asking me,” Flynn told Yahoo News in an interview at the Republican National Convention last year. Which is technically true, at least in the case of RT; Flynn’s speaker’s bureau collected the fee, then gave Flynn a cut of $33,750.

When Yahoo followed up by asking Flynn why he’d take money to appear on “state run” news, he responded: “Well, what’s CNN?”