"He was a strong teammate, a powerful motivator for all of us, and above all else, a great friend." 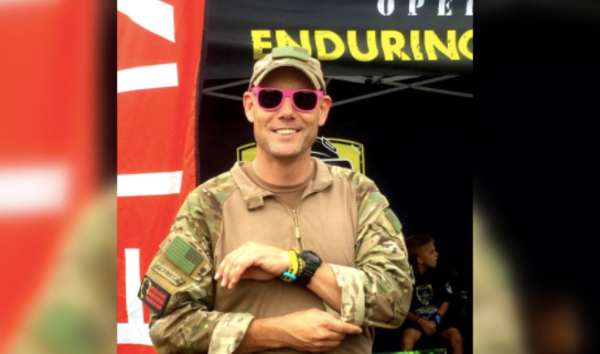 According to a statement from INSCOM, the cause of death is currently being investigated by the Fairfax County Police Department and the Army Criminal Investigation Command (CID). He was 48 years old.

“CSM Schmitz was a great Soldier. His 28 years of service to our nation will be missed for years to come,” Maj. Gen. Gary Johnston, commander of INSCOM, said in the statement. “Eric was a tireless partner leading INSCOM's 17,500 Soldiers, Army Civilians and contractors, and we owe him and his family a debt of gratitude.”

News of his death was first circulated by Operation Enduring Warrior, a non-profit that focuses on wounded military and law enforcement veterans.

“Our thoughts are with his family, his soldiers, and his loved ones,” OEW posted on Facebook. “Eric cared deeply for the OEW mission and lived it every day.

“He was a strong teammate, a powerful motivator for all of us, and above all else, a great friend. Every single one of us will miss him deeply.”

Schmitz had been the command sergeant major. at INSCOM since September 2017, according to his bio. He enlisted in the Army on November 24, 1992 and over the course of his career was awarded the Bronze Star, Legion of Merit, Army Commendation Medal, Meritorious Service Medal, and other decorations.