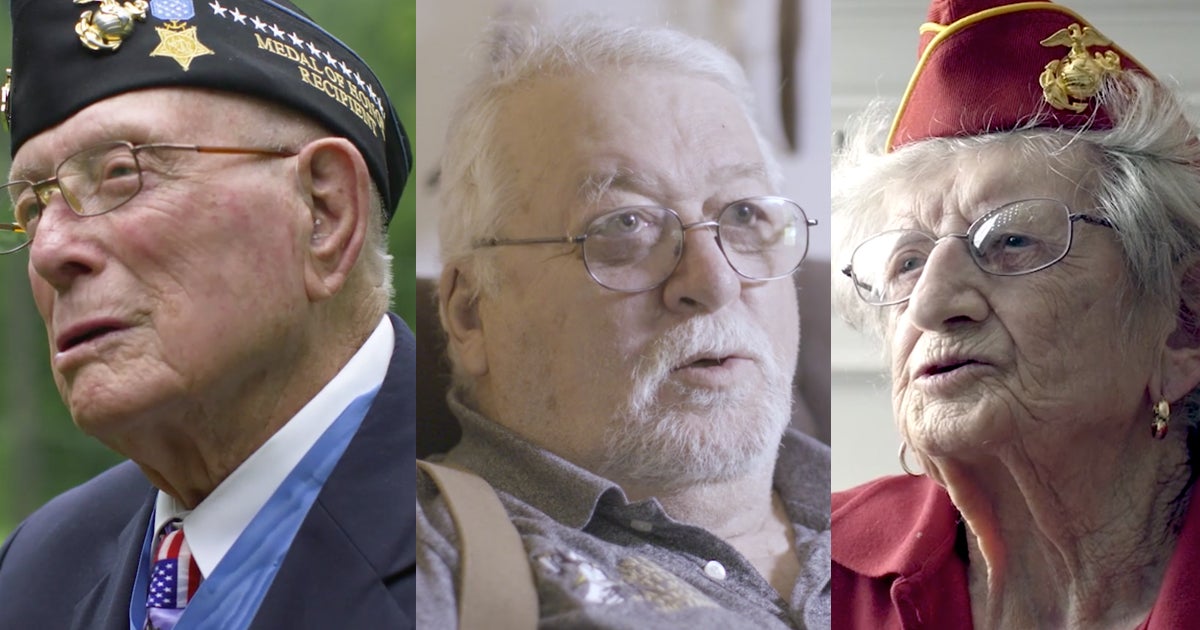 The Marine Corps puts out a video message every year in honor of its Nov. 10 birthday, and this year’s video features a number of Corps heroes who continue to inspire Marines of today.

Among them are Hershel “Woody” Williams, who earned the Medal of Honor during World War II by wiping out “one [Japanese] position after another” on Iwo Jima with flame throwers and demolition charges; Jim Capers, an elite Force Reconnaissance Marine who bravely led a nine-man team against hundreds of Vietnamese soldiers; and Juan Rodriguez-Chavez, who received the Navy Cross in Afghanistan for repeatedly driving a gun truck into blistering enemy fire to rescue fallen teammates.

It was “0530 when the fireworks started,” Rodriguez-Chavez, a gunnery sergeant, said in the video, recounting that day of Sept. 8, 2009. “I’m alive because of Meyer,” he says with tears in his eyes, referencing Sgt. Dakota Meyer, a Medal of Honor recipient who served as his gunner.

“I’ve never seen a young man have that much courage.”

Released on Thursday, the video features top Marine leaders sharing their own messages with Marines past and present — there are more than 200,000 serving on active duty and reserves — while celebrating the 245th year of the Corps, which dates back to Nov. 10, 1775.

“Trust is not given nor is it easily earned,” said Commandant Gen. David Berger in the video message. “Today the trust of the nation is our inheritance. A trust earned through the selfless valor and determined actions of generations of Marines on the distant shores and misty battlefields of our story pass.”

Berger also penned a written message, referencing a whirlwind year of change and uncertainty that he said Marines have adapted to.

“Where others see challenges, Marines see opportunities,” he wrote. “We will always be ready to answer the nation’s call, no matter the crisis.”

Berger decided in September to cancel the Commandant’s Birthday Ball, which is typically attended by about 3,000 people, due to the novel coronavirus (COVID-19) pandemic. Other units followed suit shortly afterward, including the 1st and 2nd Marine Divisions.

While all U.S. military services celebrate their founding, the Marine Corps usually holds grand events around the world to celebrate its roots, with Marines and their guests usually donning their best formal wear for dinner, dancing, and plenty of drinking.

This year, many Marines will be going back to the basics due to the pandemic, with celebrations reverting to the minimum requirement of a formation, recognition of the oldest and youngest Marine in attendance, cake cutting, and the reading of the 1921 birthday message from Gen. John A. Lejeune.

Another notable appearance in the video is Dorothy Cole, a World War II veteran who at 107 is the oldest-living Marine. Cole, who was just 7 years old when women were finally allowed the right to vote, recently cast her ballot in North Carolina in the 2020 presidential election.

“No matter who you are, do something of service for your country,” Cole, a former sergeant, said in the video. “I’ve always been proud to say that I was in the Marine Corps.”

And then there was James Stogner, a machine gunner in Vietnam who rescued a fellow Marine from the enemy with little more than a K-bar fighting knife.

“I picked Eli up, I picked the gun up, and I got the hell out of there,” Stogner said. On April 5, 1967, then-Lance Cpl. Stogner did a bit more than that, according to his award citation for the Navy Cross, chasing after four enemy soldiers despite being wounded himself and saving his severely-wounded team leader.

“On this birthday, our nation finds in the U.S. Marine Corps men and women who know the meaning of patriotism, valor, duty, strength, discipline, and innovation,” Berger said. “We must be faithful to our country, to our corps and to each other. This faithfulness must never be compromised. We must respect each other, believe in each other, trust each other.”