"I'm not a firefighter, but Marines are prepared to react to contact all the time." 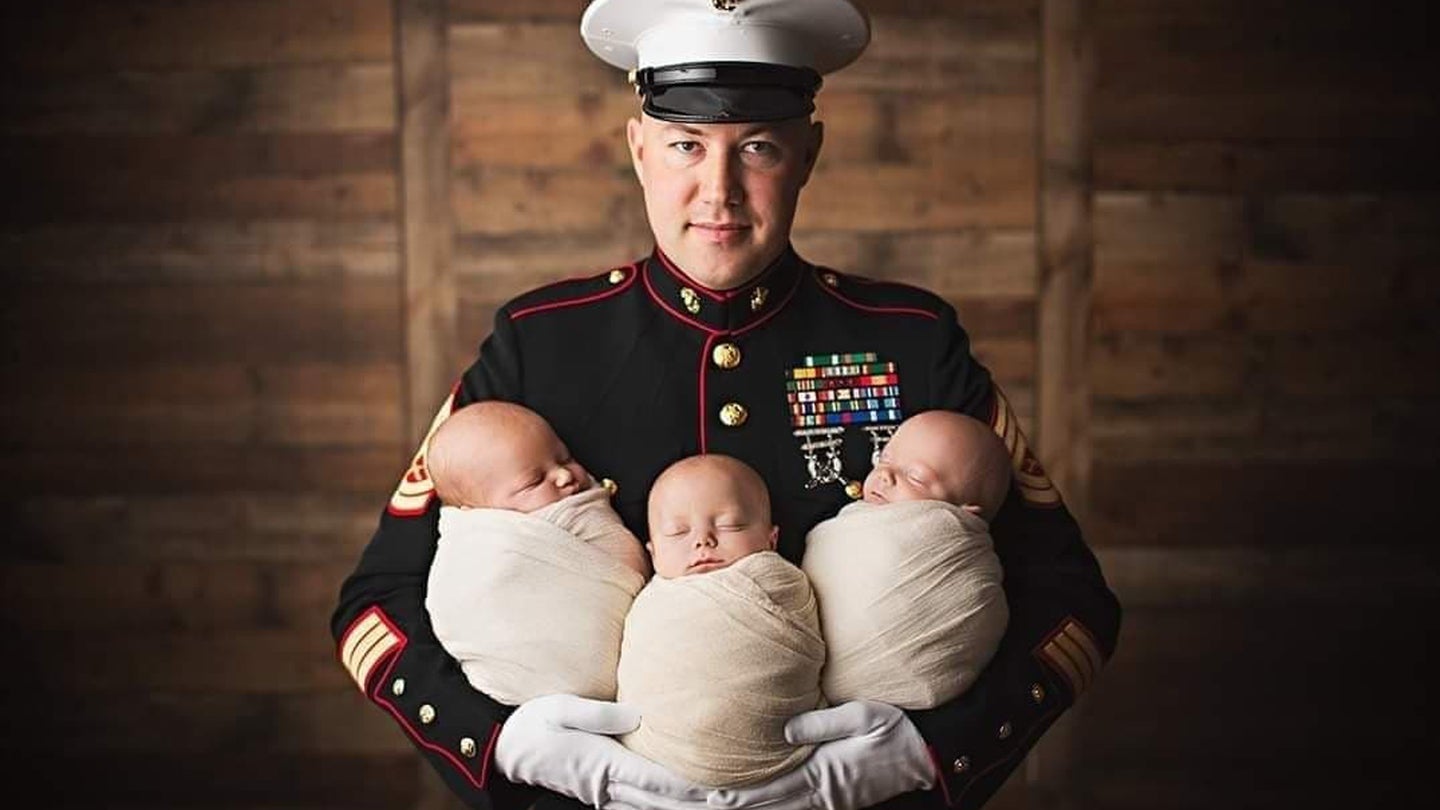 In the early evening on Dec. 7, Marine Gunnery Sgt. Kyle Wetter was driving through Fallbrook, California, on his way home to Temecula after work when the unthinkable happened: A canister full of fuel fell off the back of a truck on a winding two-way road and skidded across the ground, sending up sparks before slamming into the car immediately in front of Wetter and causing it to catch fire.

“It started sparking, and the sparks turned to flames,” Wetter told Task & Purpose.

“It was like Back to the Future,” the 35-year-old infantryman said as the fuel covered the asphalt and caught fire.

Unable to avoid the blaze and seeing that the now-burning vehicle had pulled off to the side of East Mission Road, Wetter followed suit.

“I was like ‘that car’s on fire,'” Wetter recalled thinking as he hopped out of his 2007 Chevy Cobalt — his “jalopy,” he said jokingly — and ran over to try to help.

“I tried to assess the situation to figure out what was going on,” he said.

As he drew closer, he saw a mother and father frantically trying to free their infant child from the back of the vehicle — the seatbelt had locked and the child was trapped in the car seat.

After trying to put out the fire with an extinguisher, Wetter quickly realized there was no stopping the flames, and so he hopped into the back seat of the car, took out his knife, and cut the seat belt that was holding the car seat in place, so the father could grab his child. Once the family was free from the burning car, Wetter helped the parents grab as many of their belongings as they could before stepping back and waiting for emergency personnel, he said.

While Wetter’s actions that day were undoubtedly heroic, after six deployments — including one to Iraq and another to Afghanistan — Wetter credits his time in the Marine Corps with his ability to quickly navigate the situation, and figure out the best path forward.

“Everything builds to where you handle stressful situations differently,” Wetter said. “I know before I joined the military I wouldn’t have handled that situation the way that I did. I know the Marine Corps prepared me for that. I’m not a firefighter, but Marines are prepared to react to contact all the time.”

Wetter enlisted in the Marine Corps in 2003 as a machine gunner after graduating from Boscobel High School in Wisconsin and is currently stationed at Marine Corps Base Camp Pendleton in San Diego as the SNCOIC for the Formal Marksmanship Training Center.

As for what others might do in a similar situation: “I definitely don’t advocate for people to run into a burning car or a burning house or anything, but this time that we’re in, people need to know that ‘hey, it’s okay to help other people. We’re not in this alone,” Wetter said.

For Wetter, the takeaway is simple: Strive to be a “good person, at the right place, and the right time,” he said.