"I like to think it's natural human instinct to want to stop and help in any way that you can." 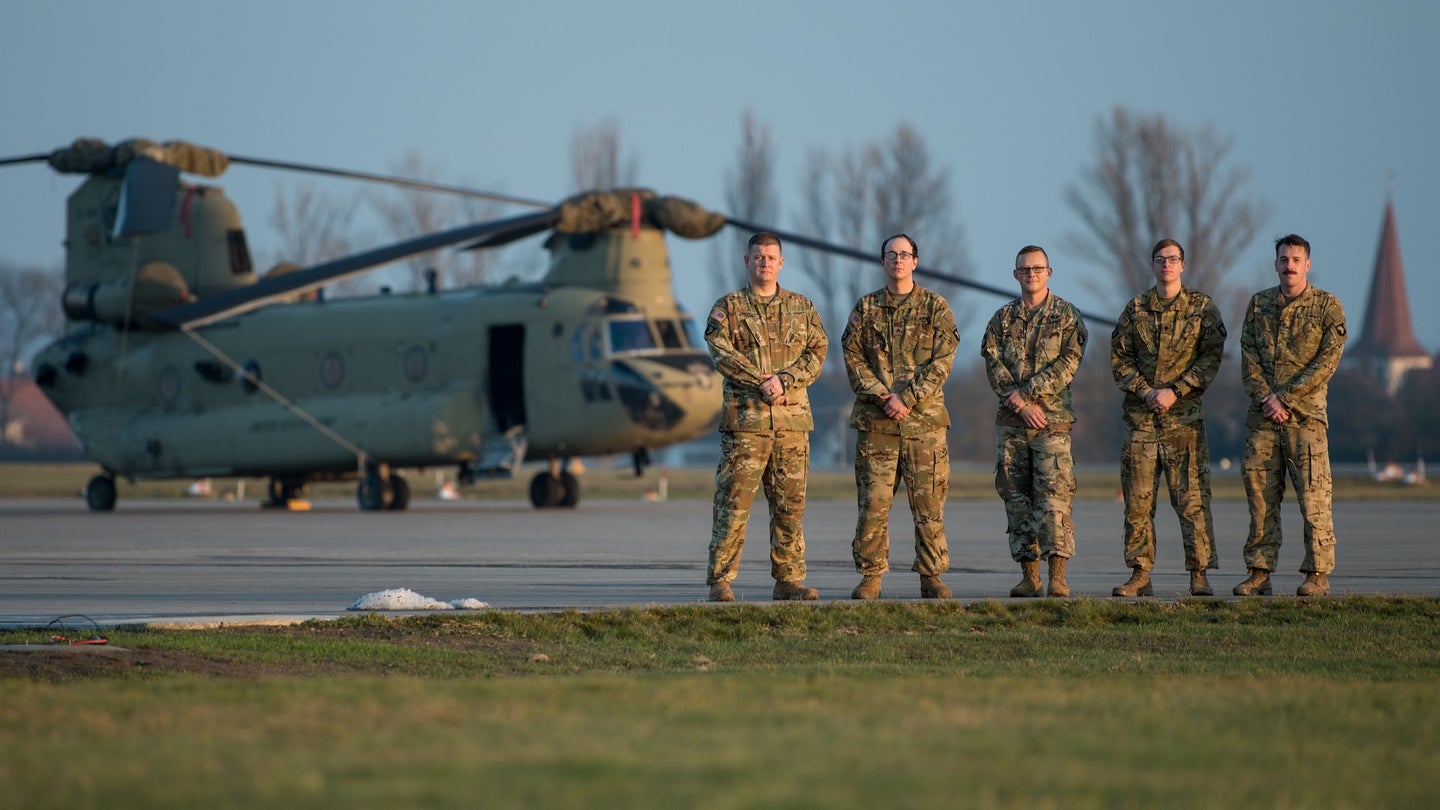 A U.S. Army crew aboard a CH-47F Chinook was returning from training in Germany when they made an emergency landing to respond to a car accident they saw on the road below.

Four soldiers and a flight surgeon assigned to B Company, 6th General Support Aviation Battalion, 101st Combat Aviation Brigade, 101st Airborne Division (Air Assault) were flying back to Illesheim, Germany, on Dec. 15 when they saw a car accident take place directly beneath them, according to an Army press release.

“We were flying over a ridgeline in a rural area,” Chief Warrant Officer Dave Acton, a pilot, said in the press release. “Once we cleared it, my crew chief in the back came on the comms system and said he saw a puff of white smoke on the road below.”

Spc. Bruce Cook, the crew chief, said he called in the smoke sighting but when he looked further down the road, he “saw a car roll over two or three times.”

Within seconds, the Army crew had come to the same conclusion: they had to go back.

Chief Warrant Officer 2 Robert Riedel, a pilot, said in the release that they “simultaneously thought the same thing…that the right thing to do was to assist however we could.”

“I like to think it’s natural human instinct to want to stop and help in any way that you can,” Riedel said.

The Chinook turned around and executed an emergency landing near the accident so the brigade flight surgeon, Maj. Benjamin Stork, could evaluate the situation on the ground.

Stork said that, once he checked that he had the equipment necessary, he lept out of the aircraft and ran to the crash. When he got to the man in the vehicle, he “checked his vitals and made sure he was cognizant.”

Moments after Stork had stabilized the man’s neck and back, an ambulance arrived on the scene. Stork helped them transfer the man to the ambulance and got back to the Chinook.

All in all, the response was around 30 minutes — from the moment the crew saw the vehicle flip to when they were leaving the scene.

“Every piece of the operation felt organic, smooth, and controlled because of how well these guys talk to each other,” Stork said in the press release.

Col. Travis Habhab, commander of the 101st CAB, said in the release that an “important part” of building trust with partner forces in Europe “lies in connecting with and supporting the local community.”

“The level we train at is what allows us to let these types of responses happen organically,” Habhab said. “And I’m incredibly proud of our Wings of Destiny Soldiers for making the call to help someone in a situation that could have been much worse.”