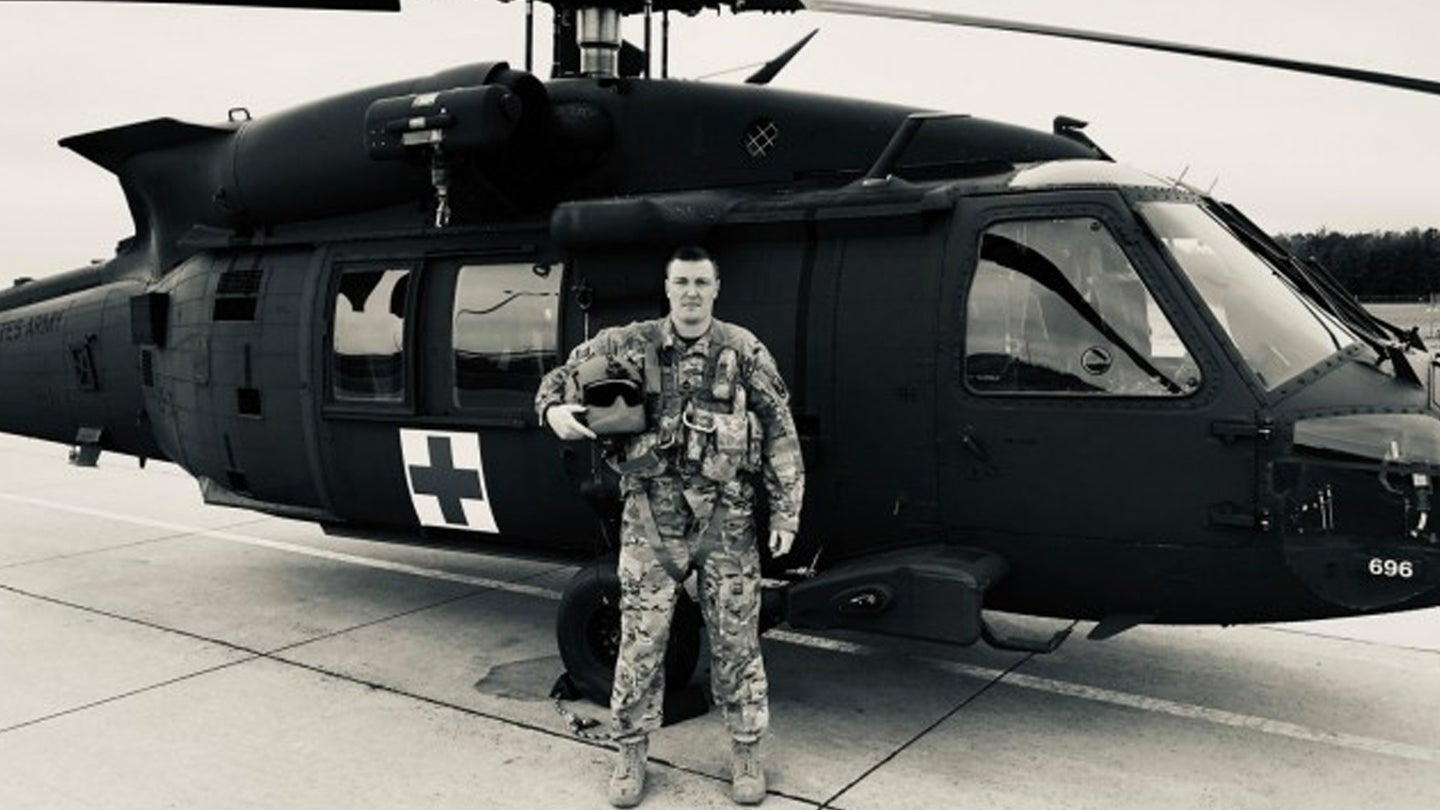 Not everyone would lie down in the middle of the road to keep a man who’d just been hit by a vehicle calm as they waited for help to arrive. But, not everyone is Army Sgt. 1st Class Charles Wilkinson.

According to an Army press release, Wilkinson was driving home from work on the evening of Dec. 3 when he saw a young man try to cross a busy street and get “struck by a car and thrown into the center lane.”

Wilkinson, a flight paramedic with Detachment 1, Charlie Co., 3rd Battalion, 126th Aviation Regiment, Massachusetts National Guard, fell back on his hard-won experience from multiple tours downrange and leaped into action. He pulled his car to the side of the road and ran to the man’s aid to protect him from oncoming vehicles, telling others nearby to call 911 and bring any blankets they may have had.

“This is what we do. We put others before self and help those that cannot help themselves,” Wilkinson said in the press release. “I would expect any of my soldiers to have done the same exact thing.”

While waiting for paramedics to arrive, Wilkinson laid down next to the man in the road and talked to him, keeping the man alert and calm as he asked his name, and checked to make sure he could move all of his extremities. Before long, first responders arrived and took the man to the hospital. He has since returned home after “multiple surgeries,” the Army release says, and is “doing well.”

Wilkinson said he only did what he was “trained to do,” but 1st Lt. Patrick Foley with Detachment 1, Charlie Company, 3rd battalion, 126th Aviation Regiment said in the release that Wilkinson is “a true professional soldier.”

“This is just one instance that shows the kind of character he has,” Foley said. “He is a great guy, and we’re lucky to have him on the team.”