"Who doesn’t want to save lives?” 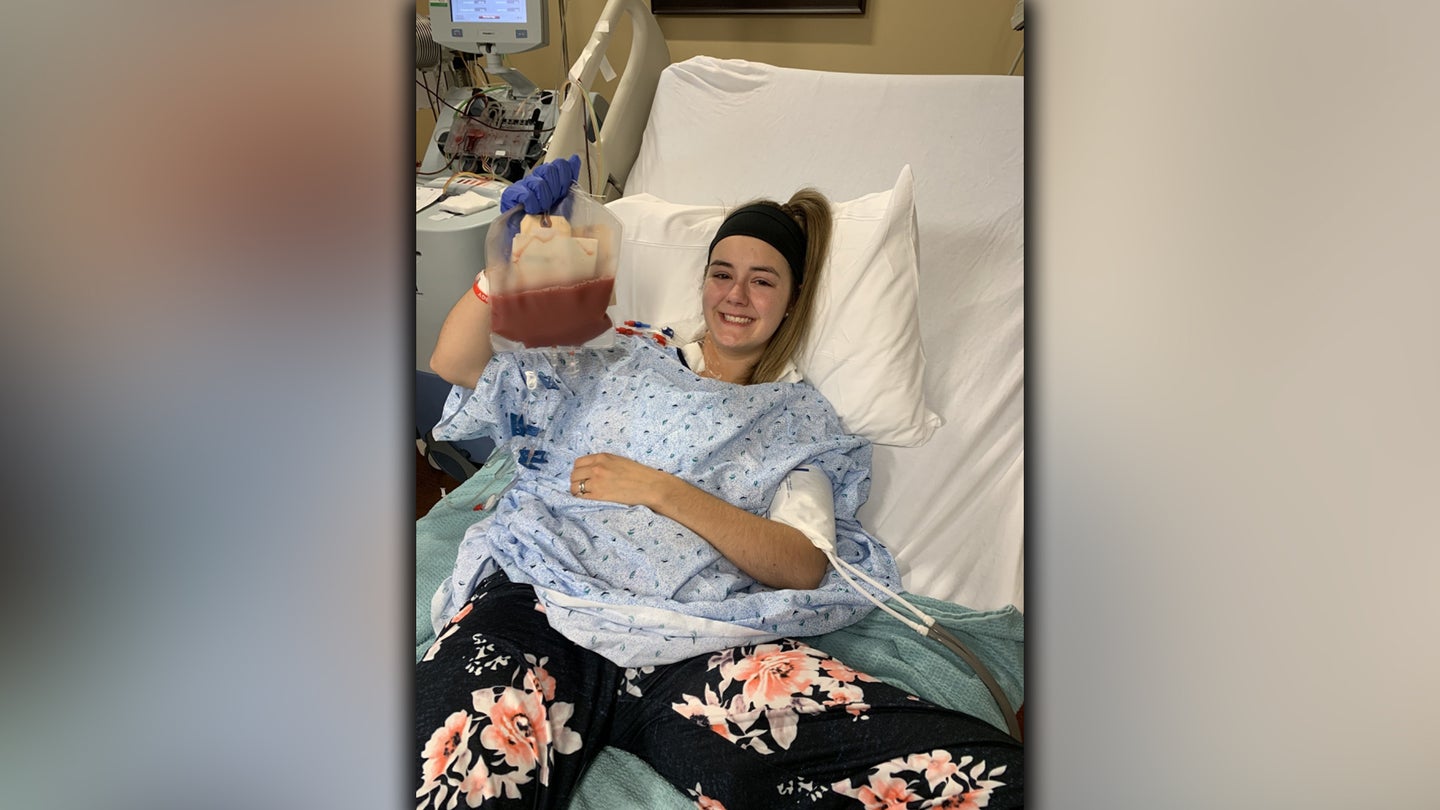 2nd Lieutenant Ashlyn Zurek, 7th Force Support Squadron career development officer in charge, holds a bag of her bone marrow before donating it at the Philadelphia branch of the Cancer Treatment Center of America in Sept. 2019. (Courtesy photo).
SHARE

The need to help others sometimes runs bone-deep. At least, that’s how one could describe 2nd Lieutenant Ashlyn Zurek, of the 7th Force Support Squadron based at Dyess Air Force Base, Tex., who donated her bone marrow to save the life of a stranger in 2019.

“They were … calling me their superhero, which seems like an exaggeration to me,” said Zurek about the recipient in a recent press release. “For me, it was doing something that anybody else would hopefully do in my position.”

For Zurek, it all started five years ago when her three-year-old cousin, Benaiah, was diagnosed with leukemia.

“We were all fearing the worst and didn’t quite know what to expect in the coming months,” Zurek recalled.

The diagnosis motivated Zurek to sign up with a DoD-affiliated organization called Salute to Life, which matches bone marrow transplant donors with recipients. According to the Mayo Clinic, the procedure — also called a stem cell transplant — infuses healthy blood-forming stem cells into the recipient’s body to replace their damaged or diseased bone marrow.

A bone marrow transplant can be a life-saver, but it’s no easy task: it requires finding a suitable genetic match between recipient and donor, which is difficult to pull off even among family members. It’s even more difficult for people of color or anyone with a diverse family tree to find an exact match, according to the Memorial Sloan Kettering Cancer Center and Southern California Public Radio.

Zurek signed up, took a mouth swab, and then went home. As the years passed, she forgot all about it. During that time, she became a public affairs journeyman at Pease Air National Guard Base, New Hampshire.

Zurek was working at a restaurant in 2019 when she got a call saying she was a possible match. Still, it took several more months of screening and testing before she got an email in September 2019, telling her she had finally matched.

“It felt like I had more blood drawn in three months than I have in my entire life,” Zurek said.

The donation process can be quite painful. Donors receive injections of Filgrastim twice a day, which increases their number of stem cells and amount of bone marrow, but also leads to bone pain. Still, Zurek said it was a small price to pay to help out the recipient.

“I’m a healthy, young, fit person, so going through a couple of days of discomfort was so minuscule in comparison to giving someone a second chance at life,” Zurek said.

After Zurek got the injections, she flew to Philadelphia to complete the bone barrow donation. A year passed, and Salute to Life contacted her to ask if she would like to meet the anonymous recipient. Zurek said yes and she enjoyed meeting Henry, the recipient, and his family. She especially appreciated an odd side effect of bone marrow transplants, which is that the recipient starts to produce the donor’s DNA in their blood cells.

“It’s incredible to be able to say that I have a cellular twin out there and that I have friends for life,” Zurek said. “As a kid, I always wanted a twin, now I finally have one!”

Overall, the experience opened the airman’s eyes about how profound an impact a bone marrow transplant can have on someone. Zurek was just glad she could help.

“I felt like in a small way I was doing my part to help humanity,” Zurek said. “I was also excited to see members registering because this organization saves lives. Who doesn’t want to save lives?”

Featured photo: 2nd Lieutenant Ashlyn Zurek, 7th Force Support Squadron career development officer in charge, holds a bag of her bone marrow before donating it at the Philadelphia branch of the Cancer Treatment Center of America in Sept. 2019. (Courtesy photo)

Related: This Marine’s new jaw was made out of his leg bone in a breakthrough new surgery